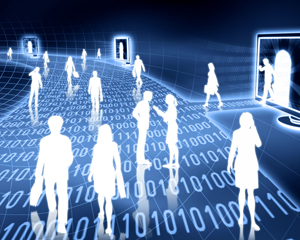 Email marketing has been called the original social networking tool and it’s no wonder. LinkedIn for example, relies very heavily on email to keep its users connected.

In addition, many of the groups that have been popping up of late are essentially opt-in lists for the group owners

(which entail everything from networking groups to vaguely named and thinly disguised marketing initiatives). If and when done right, email marketing via social networks can be a great way to capture new subscribers you may not ordinarily have access to.

There is no doubt at all that social media has been and is gaining traction worldwide. However, it is silly to think that social networking will in any way kill of email both as a medium as well as a marketing tool. Instead of thinking that email is on the way out as a preferred marketing channel, why not consider the role that email can play in these new marketing mediums? After all, as new approaches and channels emerge, we should be thinking of new ways to incorporate and leverage email. Advancements will always crop up in marketing and it is the marketer’s’ job to discover where as well as change perspective on where email falls within them.

It’s already a well known fact that younger generations indeed may prefer to communicate through social networking websites and might not use email as often as they once did. There is already some research around that substantiates this. If this is true for your marketing demographics, and if they are loyal to your brand in this way and not through email, you'll need to think outside of the box and create ways to leverage social networks to cross promote your email program.

Below are some suggestions on how you can embrace social networking while weaving email into the mix:

It’s crucial to remember that email and social networking can live harmoniously together. Email should not be shoved aside but the synergies and its key benefits should be utilized. For example, email should be the "announcer" to subscribers when you launch new social network initiatives. Disregarding email in the social network environment could spell your doom because how else will you get noticed let alone stand out in the crowded world of the Internet?