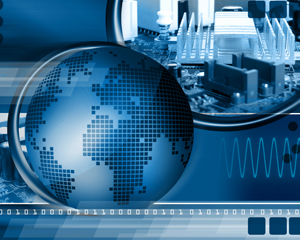 Online advertising it seems, thrives in dour times, proving its worth as a cost-effective medium amidst shrinking marketing budgets. A study by Frost & Sullivan reveals that online advertising in Singapore is once again on the rise as a growing number of large brand advertisers are embracing the medium given its ability to achieve precise targeting as well as measurable ROI over traditional advertising.
Research shows that the Internet has become a mainstream source for the supply and search of ‘infotainment’ content and its biggest enthusiast are the youths. It’s no surprise then that advertisers and media agencies alike are cashing-in on this.

Elaborating on this, Kamlesh Kalwar, Frost & Sullivan industry analyst says, “The youths of Singapore are hooked on the Internet. They form the largest chunk of active Internet users and have been one of the primary drivers of online advertising in recent years.”
In fact, new analysis from Frost & Sullivan on the Singapore Online Advertising Market, finds that the market was worth US$142.1 million in 2007 and forecasts this to reach US$413.5 million by
end-2013, growing at a CAGR (compound annual growth rate) of 19.5 percent (2008-2013).

In 2008, Singapore’s online advertising industry was estimated to have raked-in US$190 million in revenues, representing a year-on-year growth of 33.7 percent.

Paid search advertising, by far the largest online advertising segment, accounted for 44 percent (US$62.5 million) of Singapore’s online advertising revenues in 2007. This segment is expected to continue growing at a CAGR of 22.1 percent between 2008 and 2013.

Kalwar adds, “Companies have not only started to see the value of online campaigns, but also recognize the importance of tracking the campaigns. This is driving the growth of paid search. Keeping pace with this fast-growing segment, the number of search engine marketing advertisement networks and agencies has also risen exponentially, leading to more innovative search and targeting options for advertisers.”
Display advertising was the second biggest segment accounting for 25 percent (US$35.5 million) of revenues, with banner ads and email marketing being the two most popular forms of display ads.

Online classifieds accounted for 19 percent (US$27 million) of the total revenues in 2007. Driven largely by the rapid audience shift, particularly youths, from print to online channels, this segment is forecasted to grow at a CAGR of 17.5 percent from 2008 to 2013. Job classifieds have been the main source of revenue for online classifieds in the past two years. The other key revenue earners are online auctions, real estate and automotive or car sites.

Kalwar explains, “Most online directories are of a display nature and do not seem to generate any significant amount of traffic. Many also lack a business model to significantly penetrate into niche directories, hence are not seen as attractive options for advertisers.”

Although Singapore’s online advertising sector accounted for a paltry 4.8 percent of the total ADEX (advertising expenditure) in 2007, Kalwar believes that the outlook for this young industry looks promising. “Growth is expected in all four segments of the market - display advertising, classifieds, search and directories. The rising broadband penetration and rapid adoption of mobile Internet are also major drivers for the shift of outdoor ADEX to online medium,” he says.

“As users spend increasingly more time online, a growing number of companies are launching commercials online to grab their attention,” Kalwar continues. By 2013, online advertising is expected to account for more than 9.3 percent of Singapore’s total ADEX.

Fraud, however, is a major challenge for the industry with Kalwar noting, “Online businesses have generally been plagued with problems such as advance fee fraud, click fraud, credit card fraud, FOREX scam, employment scam, phishing and wire fraud, amongst many others.