Singaporeans Intend to Spend Almost Half their Holiday Cash Online 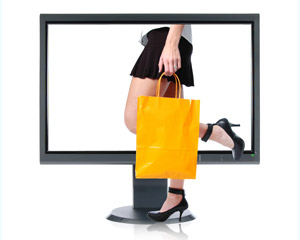 Singaporeans are entering into the festive spirit with six in ten shoppers expected to spend the same amount or more during the upcoming holiday season, as compared to last year - this despite the weakened economy.  According to a PayPal survey released recently, the average Christmas spend for Singaporeans this year will be US$250, representing the highest expenditure out of the four South Asian countries surveyed.

More than half of the surveyed Singaporeans intend to shop online these holidays. In fact, 44 percent of overall holiday expenditure this year is expected to be spent online. When quizzed, Singaporeans cited time (71 percent), crowds (61 percent) and access to a wider range of products (58 percent) as the main reasons for avoiding the shops.

Singaporeans also proved to be the most generous with the highest expected spend on one festive occasion - an average of US$395 for Chinese New Year.

The survey revealed that Singaporeans strongly favour their home grown talent, with 76 percent of respondents perceiving local merchants to be at least on par if not better than overseas merchants.  Lower prices, local currency payment options and faster delivery of goods were cited as the top three advantages of local online merchants, whilst overseas merchants are preferred for their product availability and choice.  All online merchants looking to sell to Singaporeans should bear in mind that competitive prices, assurance in payment security and free shipping are the most important factors for Singaporean online shoppers.

“Many online merchants will be gearing up for the festive period and encouragingly it looks like spending is due to remain stable, if not rise in Singapore,” notes Mario Shiliashki, general manager of PayPal Southeast Asia and India.  “Singaporeans are expected to spend the most out of the four countries this festive season, and merchants need to look at how they can get shoppers to loosen their purse strings further. In today’s e-commerce climate, merchants should make online shopping a better experience than shopping in the traditional brick and mortar shops. Granting consumers access to a wider range of products at competitive prices, whilst at the same time guaranteeing their security and convenience goes a long way in making shoppers spend more online. PayPal understands the needs of both merchants and buyers globally and, as a result, connects the two securely, conveniently and quickly.”