No Looking Back for Mobile CRM 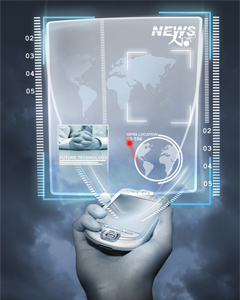 The upsurge of mobile web usage was one of the key highlights of analyst firm IDC’s 2010 predictions.

In fact, according to IDC, over a billion mobile users will be connected to the Internet by the end of this year.  Considering the prediction for desktop and laptop PC users is 1.3 billion users, and that mobile devices have a growth rate 2.5 times that of PCs, the consequences for mobile CRM, and iPhone CRM in particular, are huge.

So will iPhone CRM be more affected by this key prediction of IDC? In 2009, the iPhone App store on iTunes had some 100,000 apps offered. IDC has forecasted that this number will triple this year. In the meantime, the firm has also forecasted that Android apps will likely quintuple (from a total of 50,000 to 75,000), which while impressive, still doesn’t have iPhone-scale implications. IDC also predicted that while the Android phones will pose more of a threat to the iPhone this year, it won’t reach the same level of popularity the iPhone enjoys.

Addressing the similar usage numbers between desktop PCs and mobile web, IDC has stressed that while mobile devices like the iPhone won’t replace the PC, they will no longer be subservient to them. There are, of course, many iPhone CRM integrations offered by CRM vendors like Salesforce.com, Oracle, and NetSuite, but one aspect of iPhone CRM that is expected to grow is the productivity applications market.

When it comes to mobile CRM, 2010 also looks like the year the iPhone and Android fight it out. Watching this, while maybe not completely on the sidelines, is BlackBerry. While current mobile CRM leader, Research in Motion reported better than expected Q3 and Q4 earnings in 2009, both iPhone and Android are eyeing and zooming in on the enterprise market – BlackBerry’s key livelihood.

The big-boys in the CRM space like Salesforce.com, NetSuite, IBM and Oracle are already throwing their weight behind iPhone CRM, so the sky’s the limit here. Smaller companies too, are also jumping on the iPhone CRM bandwagon. What this shows is that mobile components are especially gaining in importance for any CRM vendor that wants to remain competitive.

While it seems that there is no looking back for iPhone CRM, it’s important not to count out both Android and Blackberry.  2010 certainly seems like the battleground for the mobile CRM enterprise space. Just who emerges the victor remains to be seen.