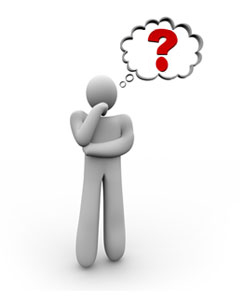 At its simplest, net neutrality, also called network or Internet neutrality, is the principle that all Internet traffic should be treated equally; more specifically that governments and Internet service providers (ISPs) should not place any restrictions on the Internet’s content or means of accessing that content.

The proponents of net neutrality include consumer advocates, online companies and some of the biggest technology companies such as Yahoo!, eBay, Amazon, Microsoft, along with many other companies and of course Google.

According to Google, “network neutrality is the principle that Internet users should be in control of what content they view and what applications they use on the Internet.  The Internet has operated according to this neutrality principle since its earliest days... Fundamentally, net neutrality is about equal access to the Internet.  The broadband carriers should not be permitted to use their market power to discriminate against competing applications or content.  Just as telephone companies are not permitted to tell consumers who they can call or what they can say, broadband carriers should not be allowed to use their market power to control activity online.”(Guide to Net Neutrality for Google Users).

Google and Verizon, however, have put forward a proposal to the Federal Communications Commission (FCC), to essentially keep this net neutrality on the public Internet but to allow broadband operators and network operators to offer new services that could be seen as a kind of discriminatory project, having health care monitoring, advanced educational services, or new entertainment and gaming options in mind.  Essentially, they are proposing they be permitted to create a two-tier system whereby network capacity could be sold to companies willing to pay for that service to in turn provide a higher quality service to their opt-in users.

Protests followed from organizations like SavetheInternet.com that described it this way: “Google previously had been a champion of policies such as Net Neutrality - the fundamental principle that keeps the Internet open and free from discrimination.  Its decision to team up with Verizon has drawn the ire of public interest advocates.” Creating a two-tier system means legislating neutrality in one of the tiers but it still discriminates, in their eyes, as it is just fragmentation.

Bear in mind the goal of the founder of the Internet, Sir Tim Berners-Lee, whose intention was to give everybody access to information.  That is and remains the basis of the Internet, thus concerns regarding ISPs that don’t operate neutral networks are justified.  Just think about the Chinese Government that has famously applied a firewall to the entire country’s Internet access, filtering out sites that they believe to be inappropriate for their citizens.  We all know that this is an extreme case, but one that gets emphasized when discussions of internet censorship come up.

In 2005, the FCC issued its Broadband Policy Statement (also known as the Internet Policy Statement), which lists four principles of an open Internet, namely "to encourage broadband deployment and preserve and promote the open and interconnected nature of the public Internet, consumers are entitled to":

These points are often summarized as "any lawful content, any lawful application, any lawful device, and any provider".
It advocates no restrictions by Internet service providers and governments on content, sites, platforms, the kinds of equipment that may be attached, and the modes of communication allowed.

A net neutral broadband connection will neither face any limitations nor restrictions related to the communications that can take place over the networks.  The Electronic Frontier Foundation (EFF), for example, has released a tool that they have named “Switzerland”, offering users the ability to discover whether their network is neutral or not.