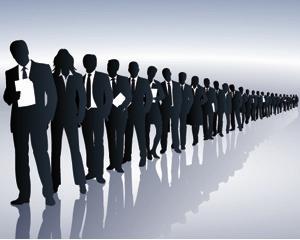 The Advertising Standards Authority (ASA) has announced that it is extending its powers to cover all online marketing and advertising from 1 March 2011.

Under the new regulations, the UK’s independent watchdog, committed to maintaining high standards in advertising for the benefit of consumers, advertisers and society at large, will have the power to remove advertisements and statements from Facebook, Twitter and pay per click (PPC) ads on all search engines.

Paul Byrne, Senior Account Manager – PPC, at independent search and social marketing agency Greenlight, looks at what this means for online advertisers. Depending on how it is implemented, Byrne points out that ASA’s involvement may be welcomed by advertisers given Google’s recent trademark stance change allowing many more advertisers to use brand and trademarked terms in ad copy.

The ASA has been an active player in dealing with misleading and controversial advertisements in the UK for many years. It will likely operate as it does offline and wait for a complaint to be raised before conducting an investigation and taking action.

How then would it go about removing a misleading PPC ad?

If you dig a little deeper, the extra funding for this new extended remit has come from Google. It has reportedly contributed £200,000 to the new scheme. With such support from the world’s biggest search engine, ASA would appear to have a ready made solution to have ads taken down when advertisers are not behaving.

The new regulations also give ASA the ability to position ads in the place of those of a malicious advertiser. As such, come March 2011, advertisers will need to be careful how they describe their competitors and/or offers. They will also need to be wary when bidding on competitor keywords or trying risqué copy to catch a potential customer’s eye.

How will this affect advertising on social media?

Due to being relatively recent, social media is probably not as regulated as other advertising fields. Advertisers will, however, need to up their game and be more wary about what is communicated in their official tweets, Facebook ads or Facebook pages.

With the new regulations, businesses will likely be held responsible for comments made on their Twitter and Facebook pages which viewers deem to be offensive. They will need to implement stringent and rigorous measures to ensure they are fully aware of exchanges so they can act appropriately. There have been several examples where employees have been known to send malicious or foul language tweets under their companies’ official listing. Under the new regulations, these firms would most likely face complaints and possibly fines from ASA.

For Website owners who host ads from the Google Display Network or other ad networks, the regulations could mean their site can be liable for hosting ads that are considered misleading or malicious.

Although the change in regulations does throw up a number of questions, it could possibly help popular brands who are victims of companies selling illegal copies of their products through PPC or other online channels. If ASA focuses more on products-based advertisers rather than content, they potentially could remove advertisers who drive up the cost of branding online, damage the perception of a client's brand through cheap copies and irrelevant content, and make PPC in particular a less competitive space on certain keywords.

Time will tell but ASA’s step into the online world will require advertisers to be more watchful of how and what they communicate online, where they advertise and also the chance to work with a regulated advertising body to hopefully better protect their brands online. In addition with online advertising spend forecast to grow, this can only raise the profile of the industry possibly encouraging other similar regulatory bodies globally to follow suit.