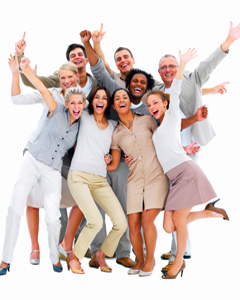 Ten winners and 16 excellence awardees from eleven categories were celebrated during the 5th Asian Publishing Awards (APA) in Bangkok on July 8, 2011.

The event was held as part of the culmination of the Asian Publishing Convention (APC), the Premier Learning Conference and Expo for Publishing Managers in Asia, that saw 248 delegates attend from 17 countries and hosted by The Magazine Association of Thailand (TMAT).

The award winners and excellence awardees in their respective categories are:

Best use of multimedia marketing by a book publisher

The first Asian Fashion Photography Awards were also presented by SmarttPapers Aviation to the Winner Chuan Looi of Malaysia. Excellence Awards went to Chiang-Liang Hsiao of Taiwan and Bona Soertito of Indonesia.

A Lifetime Achievement Award was also given to Dr. Thanachai Theerapatvong for having been at the forefront of Thailand’s publishing industry for decades as a mover and shaker. Since his founding of The Nation Company, currently known as Nation Multimedia Group Limited, in 1976, Dr. Thanachai overcame numerous business obstacles and gained broad recognition from the publishing sector in both Thailand and abroad. In addition to his busy career life as Chairman of Nation Multimedia Group, Nation Egmont Edutainment Company and Yomiuri Information Company, Dr. Thanachai has contributed greatly to the development of the publishing world, education and society and is also currently the Honorary Chairman of Media Expertise International (Thailand). With the Lifetime Achievement Award, the organizers, sponsors and partners applauded Dr. Thanachai for his outstanding contribution in building a publishing conglomerate with print newspapers in English and Thai, magazines, radio and television.