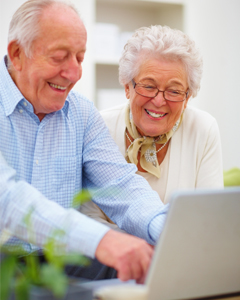 Everybody is currently talking about the Google+ (G+) Project that is conquering the web marketing scene like a hurricane in typical Google style. It will certainly change the web marketing world and have an impact on other social networking sites like Facebook, Twitter, or LinkedIn in a big way. As social media sites showed us the past year a new dimension of growth, G+ doesn’t want to be left out, especially as the company always caters to the needs of the internet crowd. Early adoption is the name of the game when playing online and Google has been part of the scene from the beginning.

Asian e-Marketing asked Anol Bhattacharya, Director and CEO of GetITComms ten questions on the new phenomenon. So, get a taste of the industry’s G+ perception by reading what he is thinking about it.

Q1: Do you think we really need another social network?

Anol: If innovation was solely motivated by need, MySpace would not have been able to rule the world, while Friendster existed; Facebook could not have gained market traction when MySpace would have ruled the social networking roost. The same can be said of Gmail vs Yahoo Mail vs Hotmail. The future of Google+ is a completely different topic and only time can tell how that will fare. On the lighter side, though - the biggest reason to join Google+ for now is that your Mom isn't there (yet)!

Anol: I would rather not compare Facebook or Google+ with Twitter. Twitter is a bird from a different tree; it has a different purpose. In a face-to-face combat with Facebook, Google+ certainly has some quick advantages, which have nothing to do with the feature list. The potential for Google+ to be integrated with other Google services like Gmail/Gtalk is more exciting to me than Circles or Hangouts.

Q3: The behavioural targeting model of interactive advertising has come under greater scrutiny with the privacy challenges that come with social networking. Can you please elaborate on the pros and cons of gaining permission?

Anol: User Privacy will always be an issue with social networking and persona-based ad targeting certainly opens a Pandora's box, but, as a user, I prefer targeted ads to random ads, which have nothing to do with me.

Q4: Should websites be more upfront about how consumer data is used to benefit both parties once they agree to access content?

Anol: We all tell that lie everyday - “I have read, understood and accept the terms and conditions”. All front-runners (Facebook/LinkedIn/Twitter/ Google+) have clear terms and conditions stated when you sign up. Question is - who actually reads them? Until someone develops a more effective process that protects the companies from lawsuits, while making the legal jargon digestible for the layman, we're at the mercy of service providers’ terms & conditions.

Q5: Do you think social media has contributed to the proliferation of permission-based marketing or brought its own set of challenges?

Anol: Social media platforms provide a great base to launch permission-based marketing initiatives. But most companies so far are using social media as just another ‘channel’, not realizing that its nature is quite different. After all, the platforms are tools, and it is completely up to the marketers how these can be used.

Q6: That Google is the leader in many business fields is obvious, but do you expect the launch of Google+ will change the way companies engage with consumers?

Anol: I would wait for Google+ to pass the “user acceptance firewall” before jumping on the topic of Google+ for marketing (or business). As it stands, it is very easy for a user to add a brand to a circle and then completely ignore it. So it might backfire for marketers. Sure, Google+ has features like Hangouts and Circles, which businesses can make use of, but whether these will be effective, depend on a whole lot of other variables.

Q7: How do you think Google+ effectiveness to reach consumers could be measured? Do you expect Google+ to surpass Facebook in terms of reaching out to different groups of consumers?

Anol: It’s still too early for Google to release the equivalent of Facebook Page + Insights combo. As I mentioned, I would wait for Google+ to gain audience share first before jumping on the bandwagon of using it as a marketing platform.

Q8: Facebook is currently the local social media hotspot for companies with 65% primarily active on it - what can companies do to entice and engage in case of "Facebook Fatigue"?

Anol: As we got onto Facebook as a marketing platform after e-mail marketing fatigue, we are bound to gravitate towards the next platform/solution when we get tired of Facebook. Novelty is the core of marketing science. If your customers are no longer using Facebook, it is time to find out where they are now. 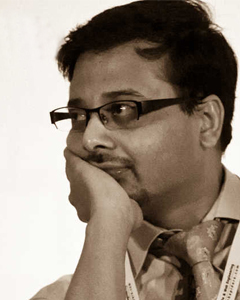 Q9: Google+ also offers mobile features like Huddle, which supports group texting for up to 100 people at once on any device that uses SMS. Facebook currently doesn't have anything comparable to this and Instant Upload lets people send any photo they capture from their Android device directly to Google+. Do you think Mobile for Google+ could trigger a marketing focus shift to rely more on social media, with traditional marketing channels taking on a supporting role?

Anol: Mobile social networking is growing in leaps and bounds - of that there is no doubt. With a burgeoning number of smartphone users, this market has a huge potential for greater growth and innovation. To be really successful, however, both Google+ and Facebook need to focus very strongly on it - and they may come up short on that count. I don’t think Huddle is a big threat to Facebook, as it can be an annoyance too.

Q10: In terms of social and digital interactive media, are there any emerging trends or technology that we should be looking out for?

Anol: I am looking forward to the era of consolidation and it has already started - like Facebook incorporating Skype or converting my Gmail account to a social CRM powerhouse, with a simple plug-in like Rapportive. The possibilities are endless.