Exceptional In All Ranks 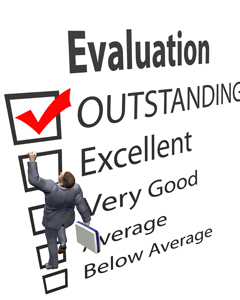 Asian e-Marketing had the honour of interviewing Mr. Nirvik Singh, Chairman & CEO of Grey Group Asia Pacific, a 22-year veteran of the Grey Group, who in the prime of his life can already look back on a remarkable business career.

The highly ambitious creative is helming Grey Groups communications network with more than 2,000 employees in the region that serves a top client roster including many of the world’s best known companies including Procter & Gamble, KFC, Ferrero and Volkswagen, to name just a few.

Nirvik was appointed to lead Grey Kolkata just at the age of 26, and by 33 he became the head of Grey India, transforming it into a high-profile, profitable organization. Grey India has since been awarded Agency of the Year five times, while Nirvik has been honoured as one of 25 young rising stars in India by Business Today, as well as Agency Head of the Year by Media magazine in Asia. Nirvik has also received India’s Bharat Nirman Award for outstanding individual achievements and distinguished services. He was promoted to COO of Grey South Asia in 1997, during which he expanded the agency’s footprint to cover Sri Lanka, Pakistan and Bangladesh. With further responsibility of Grey’s Southeast Asian operations in 2005, Nirvik spearheaded the agency’s growth in Indonesia, Thailand, Singapore and Malaysia, as well as launched the network’s Vietnam office. Taking on the additional role of CEO of G2 Asia Pacific in 2007, Nirvik has made significant strides in building the network’s activation marketing capabilities through the premier acquisitions of Star Echo in China and Rams in India. He took up his present position in January 2009 and has steadily worked on Grey Group Asia Pacific’s image of being recognised for its superior thought leadership, creativity, effectiveness and integrated communications solutions.

Asked what he is personally most proud of when looking back on what he achieved so far, Nirvik said: “I am proud to see that a lot of our client relationships have turned into friendships over the years and that a lot of different agencies are headed by people who trained with us in different markets. I am very proud of the progress we have made collectively as an organization to where we are today and of the fact that I think we tried to keep pace with changing technology and have been managing to do, so far, quite well.”

Nirvik commented: “We praise ourselves on being an integrated communications company, but I think the fact that we operate as one is something that we can be most proud of”. He added: “It is important to have a spread of services that we can offer our clients that mirror the changes that are taking place in a consumer’s life. That’s why we acquired Greater China’s leading retail design and shopper marketing consultancy DPI, Asia’s leading interactive and digital media marketing agency Yolk, as well as Star Echo in China and Rams in India. We want to offer integrated services and make sure we are at every touch point of the consumer in this increasingly complex and fragmented world we are living in.” 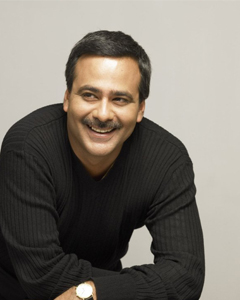 Exceptional trains of thought on:

Talking about social media’s impact on his business, Nirvik highlighted that if Facebook were a country, then it would be the fifth largest in the world, not to mention the huge amount of time people spend there.

“The way marketing has changed is very simple”, Nirvik said, and then added: “Social media allows word of mouth to move very quickly, to follow your friends, to figure out advice from your friends and what you should be buying or not buying, it allows comments of what other people see and what they bought and what their experience has been. So our business, which I used to describe as a broadcast business where the marketing was to broadcast to a group of consumers with very few feedback mechanisms, has changed completely. For the first time a group of people are deciding as a group whether they want to buy or not buy a product, whether they like or not like the service. Also for the first time, you have real time response mechanisms for the market, so you are having a two way conversation as opposed to a one way conversation, getting feedback instantly. Our business has changed completely and I expect social media to slip more and more into the center of our business in terms of how opinions are formed.”

“The fact that people still believe our business operates in silos is something I disagree with. I think the digital space demands immediacy simply due to its nature of business, providing real time results and responses. In such an environment media and creative agencies have to work together at the end of the day, as marketers are going to look for real time solutions. Gone are the days when a creative agency would do a piece of creative and then give it to the media agency. Today media and creative agencies have to come together to produce such as campaigns as the following to illustrate what I have in mind.” 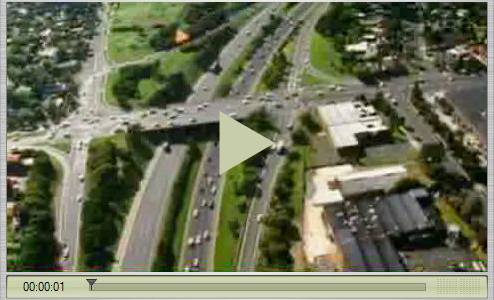 [The short four minute film uses social media fantastically by focusing on the effect of an accident to the community. The video presents real life people, who have lost somebody and posted messages on social networking sites to express their feelings – a marvelous study.]

According to Nirvik the question is not the run between creative agency or media agency, explaining that “if somebody had to make a bold statement about the future, it would belong to somebody who said I can manage a community and create a community agency”, referring in that way back to social media. He sees no big difference to the old advertising principles or communication, taking into consideration that at the end of the day it’s still all about getting deep consumer insights. Agencies that understand what motivates specific social networking groups and know how they operate will be the agencies of the future or how Nirvik calls them “community agencies”.

Asked how Grey Group effectively identifies and reaches targeted audiences on a local, regional and global scale for their clients and having social media in mind, which means gaining data in real time, Nirvik explained that data is nowadays just getting more and more refined when looking at its evolution over the course of time. Nirvik explained: “Data that has been available can be for instance demographically with a certain socio-economic classification or behavior in a particular way, but from there data got boiled down further to create direct marketing, which then led to CRM and is available today intuitively, because of the way the consumer behaves online.” “However, far more important than just having data is data analytics that predicts the future and how consumers are likely to behave”, Nirvik revealed. Having a predictive model of behavior, based on empirical evidence, is data that is needed in the future, but that should be provided by another subsidiary of WWP, as Grey stands for being “famously effective” and he therefore wants to concentrate on providing famous work that is very effective for his clients.

Nirvik knows that it would be wrong to write off traditional media, but he is convinced that the addressable and measurable new media will continue to grow in significance, as will the traditional below-the-line disciplines of marketing services. He confirmed that Grey Group’s formula of success is the fact that their clients don’t deal with them for advertising purposes only, but for advertising below the line marketing. While their ability to form partnerships based on experts and talents within the WWP group itself is of course a big advantage, too.