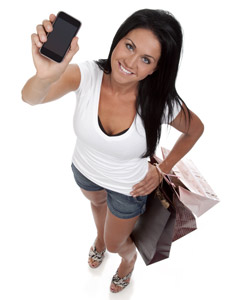 The sheer number of mobile apps has exploded in the past year making it that much quite harder for users to separate the apps they are interested in from those that they are actually not.

That’s the reason why Yahoo! recently launched AppSpot and App Search, applications that intend to help users more easily find iPhone and Android Apps. According to Yahoo! AppSpot is a literal app that can be downloaded and used to find other apps.

The first time you load AppSpot, it asks if it can be allowed to look at what’s on your device and it is recommended to say yes, because it will then use that information to make recommendations based on your tastes. Picks are largely pulled from what’s popular, but your own tastes and searches help color the selection as well.

With 425,000-plus apps in the Apple App Store and 200,000 apps in the Android Market, Yahoo!'s cross-platform to search for different smartphone apps takes on quite a challenge, simply due to the fact that the App Store, Android Market and Co. are after all rarely collocated in one device. However fast search through distribution channels of different platforms is now possible, allowing users to zero-in on any app by showing matching app titles with a comprehensive description, details on price, the overall star rating from users, and screenshots, conveniently presented at a glance – in addition to daily recommendations for apps that should be watched. These suggestions are determined on the basis of previously loaded apps, similar to Apple’s Genius feature. There's also a built-in search function, which gives you instant results as you type.

Available on Android and iOS, AppSpot presents a fast and easy way to discover new apps that are just right without having to go through the hundreds of thousands of listings in the Android Market or the Apple App Store. To avoid returning irrelevant results, AppSpot uses your geo-location as yet another search input.

I am now just wondering when AppSpot and App Search will be available in Asia? Well, who knows, as all such new apps usually have plenty of room for improvement, we may get it just when it is more perfected.