Microsoft study shows that Asian families are heavily into gadgets 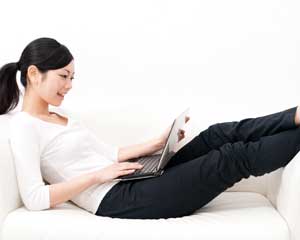 Family time can no longer be separated from technology time, according to the findings of the latest Microsoft poll on ‘families and technology in 2011’, which shows that Asian families are heavily into gadgets with over a third of respondents indicating their immediate families own more than seven gadgets.

The research, conducted on MSN, polled more than 3,000 people in seven countries across Asia. The distinct trend was that families love their personal gadgets and are enjoying communicating in new ways using technology.

Frederique Covington, CMO Lead, Asia Pacific, Microsoft said, “The findings show that this has become an intrinsic part of our daily lives. Asian families are big believers that technology helps them to communicate better and it is obvious from the rate of adoption, that everyone from young kids to grandparents is finding technology easier to use.”

When it came to gadget use, the top end of the survey showed some high-tech families owning more than 10 gadgets. The biggest technology fans came from families in the Philippines (36%) and Singapore (34%) who like to stay socially connected electronically.

Polling families from China, Indonesia, Malaysia, Philippines, Singapore, Thailand and Vietnam, the survey attempted to capture the many ways in which families incorporate technology into their day-to-day cyber-relationships.

During the holiday season, nearly half (46%) of the respondents said they would spend at least 15-30 minutes each day connecting with their loved ones and a further 23% claimed that they would spend even longer - up to one hour.

When it came to improving family relationships, the survey revealed that 69% of respondents are likely to teach a family member how to use the internet just so they can “stay in touch regularly”, while 42% do so to “share multimedia content with them”.

Remember to ‘IM’ Your Parents

While the instant gratification of the telephone is still very popular (67%) across Asia, it is important to note a generational shift, with internet-based communication showing marked popularity in the 14-24 age group. In this demographic, 27% said they use technology such as email, instant messaging, social networks and video chat as their number one method of communicating with family.

Other key takeaways show that in the Philippines, social networks were the most popular with 34% of respondents choosing it as their top preference for family communications; while SMS was the preferred communication medium in China (75%) and Indonesia (41%).

Status Obsessed Vietnamese but the Rest of us Say Cheese!

When it comes to sharing our lives with family online, the emotionally satisfying medium of photos reigns supreme. Half of the respondents from around the region indicated that they are most likely to share this content, with status updates ranked second at 19%, while music and video comes in third at 17%.

Vietnam is the only market to buck the trend of photo-sharing with 38% of respondents picking status updates as their top content to share with family, with Thailand ranking second in this category with 20% of users likely to share their thoughts.

No Rules for Junior?

While the findings of the survey were clear in demonstrating the ubiquitous nature of technology use among Asian families, they also revealed a surprising lack of any regulation at home. Over half the respondents region-wide (53%) said their family has no rules around technology use at home.

A smaller proportion of users regulate gaming hours as well as internet usage hours with 29% and 22% of regional respondents indicating as much. Thailand topped the list on gaming controls with 34% of families having restrictions, while Vietnam (32%) and the Philippines (29%) were the markets with the highest number of users restricting internet usage.

Covington continued, “The poll results show that the popular notion of technology being a purely negative influence on family relationships is a misconception. The increasingly globalized nature of the world economy has no doubt greatly dispersed families far and wide, but at Microsoft our focus is on delivering technology that makes it easier for families to stay together. Tools like Windows Live Messenger, SkyDrive and Photo Gallery already make it a snap to share updates with your dear ones regularly. And with video chat capabilities on Windows PCs and Phones, geographic boundaries are no longer a deterrence to family connectivity.”

Bharati Eligar, Vice President, Cross-Tab Market Research Services Pvt. Ltd. said “Technology adoption across Asia is a real hot topic for research at the moment. Marketers and companies are curious about how Asian consumers are utilizing technology and some of the unique trends that distinguish this region from the rest of the world. Many variables such as speed to market, price, distribution and usage tell some interesting stories across different countries." (Source: Microsoft)