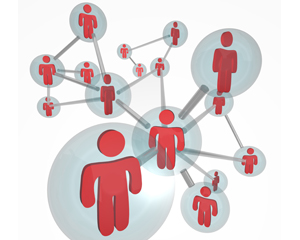 Following the beta launch of Google+ from the week ending 16 July. Experian analysis shows that Singapore captured the highest ranking and share of visits to the new platform. Meanwhile, India was the second highest using Google+. Hong Kong ranked the lowest, slightly behind Australia and New Zealand.

In a comparison of share of visits by country in the Social Networking and Forums category, Google+ in Singapore has enjoyed a continued rate of adoption, ranking sixth with a visit share of 1.2 percent at its peak for the most recent week ending 27 August. It is the only country that sustained continued growth in visits after the beta launch. The local popularity of Google+ has been driven by the dominance of the Google in Singapore, with over 34.48 percent of upstream traffic to Google+ originating from the Google Singapore search engine. 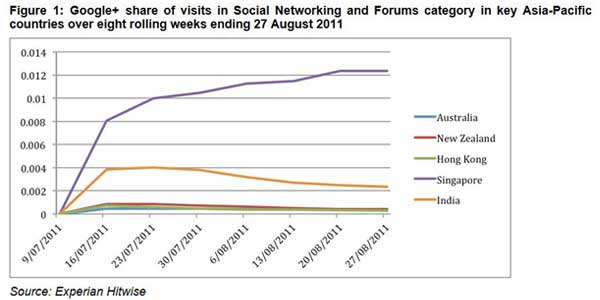 In Hong Kong, the adoption of Google+ seems to be much slower than in other countries, ranking 90th with a share of 0.074 percent in the Social Networking and Forums category during launch week. The lower rate of adoption could be attributed to the more established presence and use of local Chinese sites in the social networking category. While Hong Kong Internet users are heavy users of social networks, with the highest share of visits to the Social Networking and Forums category, almost 60 percent of visits are to platforms like Facebook and YouTube, while 40 percent of the visits are to local Chinese forums and social media including, for instance, Discuss, Uwants and Sina Weibo.

Data from other key Asia-Pacific markets shows that Google+ in New Zealand and Australia peaked at 58th and 84th respectively in the Social Networking and Forums category during the launch. Google+ also performed strongly in India achieving 14th place at its peak. This could be attributed to the rapid growth of India’s mobile and internet community, its growing economy, as well as the increasing popularity of social media.

Despite minimal impact seen on Facebook visits so far after the launch in all markets except Hong Kong, Google+ sees key reliance on other Google properties such as Google Search, YouTube and Gmail to direct and refer visitors to the new social platform.