Augmented Reality in the working world 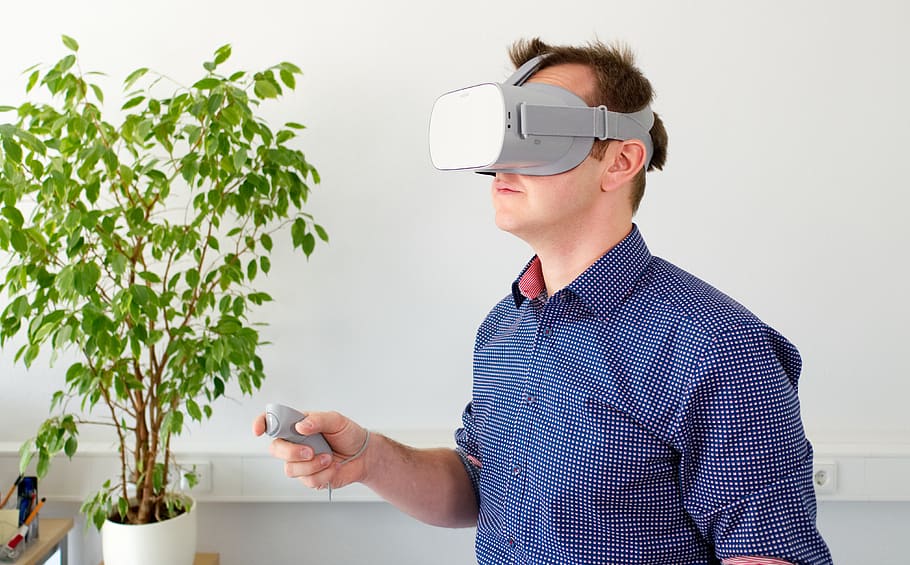 Digitization is changing many work processes in the world of work in which virtual and augmented realities (VR/AR) is being paid increasingly attention.

Combining the virtual with the real world, and expanding real world environments with digitally visualized content, brings new uses and applications to the fore. They promise higher efficiency in product development and production, as well as customer communication.

Augmented Reality (AR) embraces virtual additions to the real-time reality, such as data, objects, texts, symbols or moving images, often in combination with acoustic recordings, with the help of devices, like smartphone or AR glasses.

Virtual Reality (VR), on the other hand, represents a more or less absolute reality-antipole. Unlike AR, VR excludes reality except for the existence of the user. The user immerses himself in the virtual world with the help of technical tools.

VR has many application possibilities, including commercial ones beyond the gaming world and educational programs: e.g. walking through virtual shopping malls, new construction projects or exotic vacation destinations. However, the broader range of applications gives augmented reality a head start. And with the rapidly increasing number of new applications, it seems that AR will soon be a practical inherent part of our daily life.

AR applications are already being used in today’s working life, especially in the construction and logistics industry, where the most important hardware is the "data glasses" that frees both hands of the user. But AR has also found its way into the office, as e.g. Microsoft and the startup 8ninths showcases with the AR glasses ‘HoloLens’. Together with the Holographic Workstation, a special desk for AR use, the application optimizes work processes, such es e.g. the one of Citigroup traders through virtual displays. AR manages to unlock a new dimension in infotainment as well, which is why it comes as no surprise that the Fraunhofer Institute has been dealing with it extensively for five years. Just think of the Timetraveler App that can be used on smartphones. Another good example for domestic use is the iOS App Pair, which conjures virtual furniture on the display in the living room. The furniture can be rearranged and viewed from all sides. Pair shows what AR will bring us in the future, namely playful help in everyday life and when shopping in countless areas. In rudiments, AR applications are already in vehicles in the form of information that follow the driver's gaze, e.g. speed, traffic information, lane-projected navigation, etc.

The Korean KAIST University and the Japanese technology group NEC, for instance, have developed virtual keyboards on which the user can type in an AR environment in free space. Microsoft, Google, Samsung and meanwhile also Sony have tried (or are trying) to develop smart contact lenses equipped with cameras and sensors as an alternative to the sometimes bulky and annoying "data glasses" for AR applications. The first model is expected to be ready for the market soon.

The developments show that our user and viewing habits with hardware touchpoints, whether classic PC or smartphone, will be outdated in a few years. The visualizations and applications will virtually move into free space without taking us the view of the real environment.