A real-world survivor story: How to ensure immunity against disruption 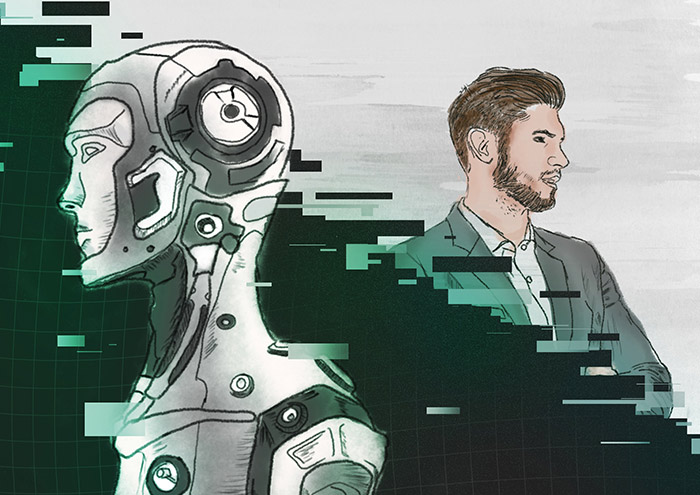 What is it about the Survivor TV series which still has us riveted, 18 years and 36 seasons later? It’s the “same scenario, different palm trees” time and time again, but what’s the secret sauce that has its ranking furiously rising to the top? In a word: it’s real. Here is a microcosm of humanity, desperately in need of a shower, stripped of all pretension, pressurized to the point of breaking, and left to write their own survival story. Conditions are tough, each episode says, now how far are you willing to go to come out on top?

We are captivated by the show because we see ourselves in the same scenario. Even more in today’s working world, we face the same kind of pressure. Doctors, lawyers, accountants ‒ professionals, who have traditionally occupied the top of the pecking order, are now staring down the barrel of AI disruption and contemplating a potentially more sustainable career in fine arts. Nothing is as it once was; disruption is moving fast and rewriting the rulebook as it goes.

The digital age has thrown us all into a game of Survivor that requires a brave new strategy across all organizational silos. And, ultimately, the winners will be those who can ruthlessly apply this strategy to their game plan.

Engineers are essentially today’s backstage heroes. From the tallest superstructure to the lightest smartphone, it’s the engineer who has brought that entity to life, synthesizing years of experimentation and expertise, to create an experience that the end user simply steps into unblinkingly. Its creative journey is invisible to the consumer, but any engineer would understand the back-end story. And that story, up until recently, was exclusive to the engineer.

But all that is changing now. The benefits of high-end engineering technologies are now at anyone’s fingertips. The same inventions that took large budgets and high-tech laboratories can be performed with a personal laptop in someone’s living room. We buy drones as birthday presents. Our kids can print their own candy dispensers and chess boards. Game engines can be run at home to create a personal virtual reality world through the purchase of a license for any 3D modelling software, for example, Revit. And in ten years, the possibility of solving extraordinarily complex mathematical problems on the fly will sit snugly in your back pocket as a function of the average smartphone.

The grim but awesome reality

But engineering is not only cannibalizing itself; it’s metamorphosing the status quo of most other professions as well. IBM Watson is fast learning how to accumulate and interpret complicated cancer-related medical diagnostics with far greater accuracy than oncologists. The expectation is in time, not only will the Jeopardy champ do it better than the doctor; it will save some national healthcare system millions in trial-based expenses.

The legal profession is replacing flesh-and-blood attorneys with artificial intelligence and finding that the machines can save money and spare the drudgery. Where the idea of ‘burning the midnight oil’ has always been associated with over-caffeinated lawyers ‒ pouring over documents, drafting contracts and digging for legal dirt ‒ the new legwork could be done by sophisticated algorithms that offer flawless insight in a fraction of the time… and never need the coffee.

Of course, soon no career will be immune to disruption. Human mechanics will be hanging up their tools, teachers will face replacement, and even hamburger flippers threaten to be automated.

However, will engineering be the ultimate Survivor profession that outwits, outplays and outlasts all others?

Traditionally, the pecking order of professions, at least in the developed world, saw doctors at the top, followed by lawyers, accountants, engineers and arts professions at the bottom. We are now seeing a possible reversal with demand for those creatives moving to the top as industries are forced to think differently about solutions.

There is significant potential to reap from a disrupted market with brand new value equations. The question is, which of these professions, engineering included, will act on it?

The way to stay alive

The solution is to predict the unpredictable and remain one step ahead of the game. Disruption cannot be seen as the enemy. It must become the enabler‒ and those who manage to exploit its transformative power will outlast the change. If you want to survive, you need to bring digital and computational technologies into your own discipline to see how you can possibly disrupt yourself before someone else does it for you.

This means you’ll have to see the agility gaps between you and your competitors, as well as the corporate inertia within your own operations. A McKinsey study among 1 600 firms found that those firms, able to look change in the eye and reallocate their capital accordingly, had substantially higher growth rates and shareholder returns than those who spent their money practically the exact same way over 15 years.

You have to forge new value by quantifying your intellectual capital. Considering that half of the world’s most valuable organizations are idea-intensive, leveraging the power of data, algorithms and software, you’ll have to make information a prime asset of your business. Companies like Apple and Google, McKinsey notes, have done this by creating underworlds of app developers and Android innovators. The more creativity that comes out of these spaces; the stronger the bonds of loyalty that users and developers feel to the brand.

You’re going to have to go hard after talent since competition is fierce and job loyalty is no longer in style. That means you’ll need the right kind of workplace to attract and retain the people you’re looking for. HR operations must rethink its organizational structures and offer more flexibility and mobility, ensuring an environment that invites collaboration, creativity and the best in divergent thinking.

Today’s world is complex and cut-throat and worthy of constructive panic. All of us are gunning for the prize, but it will take tremendous effort and strategy to win it. Ironically, organizations that choose to play it safe at base camp are risking the most; anything short of fearless front-footed action is too little too late. At the end of the day, those who learn to stay alive and ‘beat’ disruption will be those who’ve learned to join it.

By Alecs Chong, Associate at Aurecon