Overcoming the Barriers to Growth: Culture is Key 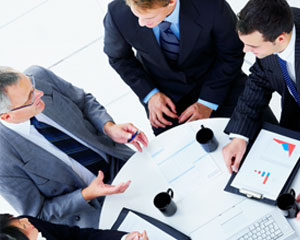 "The secret of success is to understand the point of view of others," said the US car maker Henry Ford, a man who knew a few things about successful and sustained corporate growth.

Ford's advice is especially worth remembering at a time when businesses of all sizes are looking for growth opportunities overseas.

Evidence suggests that this strategy of looking for new markets is the right one. Companies operating internationally are generally reporting better results - in terms of revenues, profits, or both - than companies that focus only on domestic markets.

Whilst there is evidence of the benefits of expanding into new markets, there is also plenty of evidence of failed expansions overseas. Just look at Vodafone, Carrefour and eBay, which all failed to understand Japanese consumers' tastes and buying habits.

Culture may seem a minor issue when you are considering a new market, with issues like premises, competitors, market size and regulation far higher up the list of priorities. However, never underestimate the importance of cultural insight.

Merger of equals or merger of incompatibles?

Among those who wish they'd had more such insight are the former directors of Daimler and Chrysler. When the two companies merged in 1998, the numbers suggested it would be an ideal fit, a "merger of equals" whose strengths and capabilities would benefit each other.

The reality proved very different, in large part because the American Chrysler and German Daimler had such different cultures: the former "relaxed [and] free-wheeling", the latter "more formal and structured". Employee satisfaction plummeted, especially at Chrysler; predicted synergies did not materialize; and performance suffered.

The Daimler and Chrysler cultural mismatch was on a huge scale, but every business or individual with any experience of crossing frontiers has fallen into cultural potholes at some stage - from conflicting management styles, to cultural faux pas (very often involving table manners or food), or linguistic disasters. Remember a certain soft drink's slogan that it "gives you zest for life" being translated into Chinese characters as "brings your ancestors back from the grave", or the Vauxhall Nova car sounding in Spanish like the "Vauxhall Doesn't Go"?

The challenges of expansion

So how does any would-be exporter overcome the hurdles of doing business in a new country? Isn't it just too difficult?

Businesses themselves put "Property" and "People" as the key perceived obstacles to expansion. Globally, around a third (34%) of firms say that setting up an office/workspace presence is the biggest obstacle to overseas expansion.

As for hiring people, opinion is split about how to manage a cross-border venture: 53% believe in having a manager from the home country, and 47% think local management is the better option. Around two-thirds (64%) find it difficult to recruit foreign staff.

The split over recruitment strategies emphasizes that there is no right or wrong recipe for successful expansion. There is research to do, contacts to make, consumer tastes to gauge, suitable partners to find - it's an exploratory process, and there are seldom instant answers.

Build in the flexibility to explore

Any expansion plans should include two elements: firstly, time to explore, and secondly, the agility to scale up or down without being locked into inflexible financial arrangements. By limiting their upfront investment and on-going overheads, businesses can give themselves more flexibility and time to explore.

One way to limit upfront expenditure is to look at flexible working platforms as an alternative to taking fixed leases on premises. These platforms allow businesses to pay only for the space that they need at any time, scaling up or down in line with their progress in the new market. They also shelter new market entrants from some of the hidden costs of setting up abroad, such as buying equipment and furniture, sourcing IT, and hiring reception and security staff.

Another option is to use virtual office solutions: these provide a fixed office address in a new market, and telephone answering and mail services, without requiring you to take physical space.

The use of flexible working premises in new markets is not just limited to small companies with a limited budget for new premises. It's also a technique that large international companies attest to. 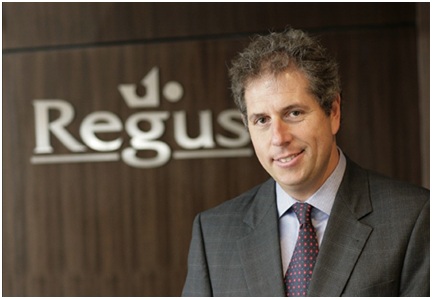 Take TomTom, the world's leading supplier of location and navigation products. When it sets up a new operation, it uses flexible workspace at local Regus business centres while it explores the new location, learns the culture, and gains a market foothold.

"Every time we open a local operation we start with Regus because it's easy. Instead of the complexities of starting a business in a new country, such as managing the facilities, you just start working," explains Pankaj Parshotam, Marketing Manager, Consumer, TomTom.

Since it was founded in 1991, TomTom has already expanded into 40 countries. Like Henry Ford, therefore, it has a great deal to teach about opening up new markets.