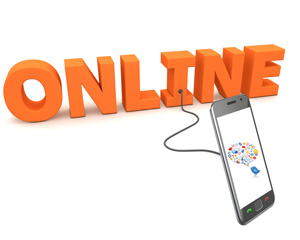 All brands are busy working on suitable mobile marketing strategies to interact with consumers through mobile devices. Revolutionary mobile technology is flooding the market, but audiences have yet to adopt the new trends, such as augmented reality, video streaming, social sharing and entertainment, on the small screen.

The prospective to be able to deliver a rich, engaging experience, right up to the point of purchase, is extremely tempting. Especially mobile and social are giving marketers the ability to understand their audiences in vast new ways, making all efforts worth a try.

When will mobile marketing hit the mass market, be fully adopted and become standard?

The fact that more web enabled smartphones were sold than PCs is a hint that marketers are going in the right direction. Looking at the activity of the market, it’s actually high time to rethink the marketing mix as the interconnectedness of the online and offline world has many opportunities in store.

In a three-month campaign, Tesco proved impressively how the mobile communication medium revolutionizes marketing and sales. In South Korea, the British supermarket chain put up a number of posters with pictures of filled supermarket shelves in subway stations. Passengers could then use their smartphone camera to scan product codes and purchase, paying via phone, and getting real products delivered to their homes. It’s a good example on how mobile enters the mass market and proves that the trend to use the Internet features of mobile phones for marketing purposes is very obviously on the rise.

According to expert analyses, the biggest hurdles in the way of success are scarce resources and the slow expansion of mobile-friendly web solutions. Around half of the top 500 companies that are active in online marketing still don’t have web sites optimized for mobile access  and mobile shopping solutions are similarly rare.

It definitely pays off to take a closer look at mobile traffic data, before deciding on a mobile site. Google Analytics even provides detailed mobile traffic data for free and shows what keywords were used to reach sites and with which mobile device.

Insights gained with the analysis of attendance probably reveal that only certain pages are accessed via mobile device, such as for instance the contact page. Thus, in case you consider spending just a small budget, it is advisable to first update the appropriate sub-pages for the mobile medium, before eying the deluxe version where a service provider implements a complete mobile web site, with an optimized design for each end device.

For searching and finding there are no new rules, but the small screen spotlights the top rankings much more, often requiring scrolling after the third search hit. Of course SEM campaigns should be designed specifically for mobile devices, too. In any case, as always it depends on the right strategy.

During 2011, Quick Response (QR) codes came onto the scene as a way to bridge mobile and traditional media across various mediums, including print publications, product packaging, outdoor kiosks and more. The specific matrix bar code, or two-dimensional code, is readable by smartphones and is an undisputed added value to mobile marketing as an interconnector of the online and offline world.

Presenting a QR code in a store’s shopping windows that links to a mobile shop, can satisfy walk-in customers, for example, even after closing hours. Any shopping window could even be individually programmed to understand the origin of the mobile shopper. The necessary code readers will most likely be integrated by default on mobile devices soon, too. And by growing up with the QR code, the new generation of mobile users will quite naturally bridge between real business and online store, which is exactly what merchants and service providers consider as the great potential. So, expect to see these little codes more and more often – even where you least expect them.

According to comScore the most popular source for scanning is product packaging, directing nearly 3 in 4 of the scanning audience to product information and nearly one-third of those scans resulted in a coupon or offer, while 1 in 4 people received event information. It is no surprise that eBusiness leaders and their peers’ in-store operations are embarking on an aligned journey to digitalize the in-store experience by empowering customers and sales associates alike with best-in-class mobile and interactive technologies. Many believe that stores will be seamlessly integrated across all selling platforms in the future, delivering on the promise of agile commerce and according to the vision of mobile commerce.

Any retailer can tap new revenue sources with location-based services (LBS). As modern smartphones are equipped with a GPS transmitter, customers can be reached at their current location in real-time. This allows marketers sending e.g. mobile coupons, which can be scanned and redeemed on site. And if the user of an app gives permission to be located, relevant ads can be delivered to him when he comes near a certain location.

Integrating monetary credits in the electronic point of sales (EPOS) system and validating coupons is, however, still a challenge. So far, this technical hurdle is often bypassed by simply distributing free offers or 2-for-1 vouchers.

In vogue are very popular LBSs that provide users with social media platforms such as Gowalla, Foursquare, Friendticker or Facebook. With their so-called “check-in services” companies bring users playfully to spend their money locally. All have in common that people visit real places, and "check-in” via mobile phone. As a reward they receive virtual stamps and medals to enhance their own status within the community, or vouchers which they can redeem at local advertisers. With each check-in, the user gives indirectly a recommendation for the location to network-friends, since they can see all activities.

In order to gain first experiences with location-based services, it is best to focus initially on existing services that already have a large community. In particular Foursquare is easy to handle for vendors. The service is popular among users and posting an offer is free of charge. Not to mention that Foursquare stood up to Facebook so far and already has more than 15 million users.

Payment via mobile phone is making use of all solutions that have proven themselves in traditional e-commerce, but the mobile device will soon play a special role when paying on the spot. The breakthrough is expected to come from so-called Near Field Communication (NFC). Lured by mobile marketing into the real store, customers could then buy the advertised goods there with the same device that previously showed them the location-based offer on the display. Data can be exchanged short-range contactless via NFC, including payment data.

Mobile phones just have to be equipped with a transmitter and the stationary distributor requires a reader – however, both are currently lacking. There is still no uniform approach for telecommunication companies, banks and trade, but the rollout has already started. Google, Apple, MasterCard, and many other major players are investing heavily in NFC that so far is mainly used in brick-and-mortar stores, but it has the potential to extend into incentives, promotions, content, and much more.

Google is integrating NFC and Google Wallet into its devices and there are numerous other stories coming out about how these and other major companies are preparing for NFC on a large scale.

Looking at the industry, the research firm Frost & Sullivan predicts that by 2015, NFC will enable worldwide transactions totaling about $151.7 billion and Gartner believes NFC to be established in three years, citing a need for ease-of-use, and ease-of-implementation without compromising security. It’s clear that mobile is growing as a technology, touch-point, and medium, but that it is far from mature. The speed of change is challenging companies continously to rethink resource allocation, organizational structures, and internal processes. What can be expected, however, is that Asia, with its extremely high smartphone penetration, will be pioneering the movement of using the mobile device for sales and marketing on the mobile internet.