What you need to know about online GRP and iGRP

According to the BrightRoll whitepaper „What You Need to Know About Online GRP“, the demand for online media buying standards for the industry is growing.

Discussions are brisk, if online GRP (or iGRP) can be applied to video planning and measurement, similar to the traditional TV GRP process.

The following intends to answer common questions about GRP and provides guidelines on how GRP should be applied and interpreted by the online industry.

Here‘s a summary for your convenience: 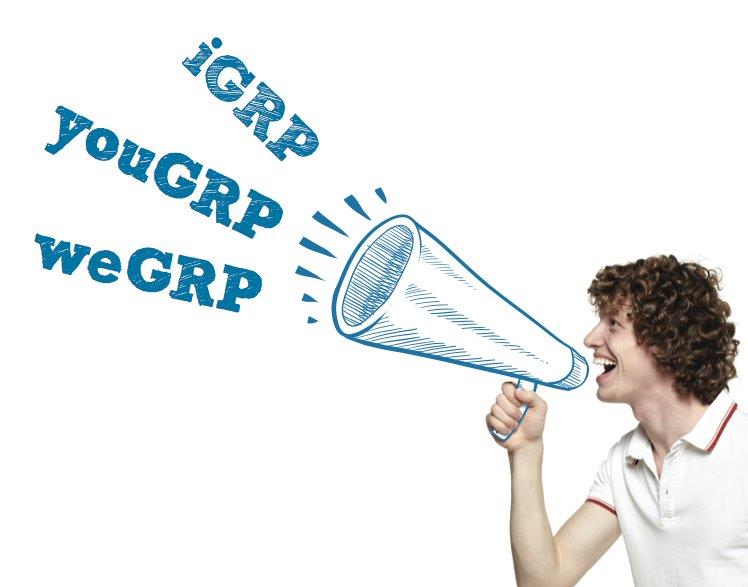 With a digital audience of 235 million, spending 856 billion minutes on the Internet each month, an increasing number of advertisers are taking another look at online video to engage their audiences and, consequently, are shifting a portion of their advertising budget online.

However, with different formats, pricing structures and measurements available, buying online advertising is not as straightforward as buying TV. As the leading video advertising company in the industry, BrightRoll partners with the Interactive Advertising Bureau (IAB) and the Media Research Center (MRC) to build standards for online video. In addition, to make buying online video as easy as buying TV, BrightRoll is advocating the use of online GRP as both planning and measuring tools for the industry.

The original rating point system was developed to evaluate the popularity of TV programs. Advertisers were early GRP adopters for its use as a common currency when buying and measuring TV advertising. In the beginning, advertisers went through a painstaking, manual process of multiplying the number of insertions with each rating point and then adding all of this together to calculate GRP. Later, smart media planners developed a simpler formula using reach and frequency to calculate GRP (GRP = rating points x frequency).

The evolution of online GRP

Following the birth of TV and the adoption of TV ratings, GRP soon became the common currency for media planning and reporting. Online video is often compared to TV commercials, leading to a growing demand to apply online GRP (a.k.a. iGRP) to new media. However, there is a fundamental challenge: Unlike TV, there is no rating for online content, so how is online GRP calculated?

iGRP builds on the basic model of reach x frequency. The calculation is straightforward and in line with TV GRPs. Does this mean that TV GRPs and online GRPs can be added together and then used for cross-platform delivery? If only it were so easy.

For the past decade, comscore has been the leader in digital analytics and introduced one of the first reputable tools for online campaign tracking and reporting. According to comscore, its Campaign Essentials (CE) is comprised of one million unique viewers including an average of 250,000 who contribute to demographic projections on a monthly basis. In 2012, comscore built on CE and released Validated CE (vCE) that incorporates impressions served to PCs, in-geo (country)ÂÂÂÂ  as well as viewability and outlier activities into its reporting. The comscore CE/ vCE is widely accepted as the trusted third-party reporting for impressions in target, UVs in target and average frequency – all components for calculating online GRPs.

The implication of these parallel online universes

What do these differences mean for digital video marketers? Depending on the measuring system used, the estimated total impressions needed to reach a target percentage of any particular audience will differ. For example, to deliver 100 online GRPs against a primary target of W25-54, there is a notable difference of more than 1.8 million in-target impressions. Understandably, the differences in percent composition between comscore and Nielsen result in a notable difference in campaign impressions when calculations are conducted as seen below. Finally, when cost per thousand (CPM) is factored into this equation, it’s easy to see how this difference of total populations, in-target impressions and percent compositions affect the cost per point (CPP). In short, it’s all a numbers game. so for advertisers, agencies, ad networks and ad exchanges, getting the numbers right is important.

In the meantime, marketers may be wondering if there is a current answer for cross-platform planning and measurement questions, such as:

While there is no crystal ball that answers all questions in one shake, BrightRoll developed a comprehensive iGRP calculator that incorporates all the various base universes (i.e. online video, total Internet, TV, total Us population, mobile and connected TV audience) for a simplistic first-step comparison.

In 2013, BrightRoll expects continued discussions surrounding iGRP. Given the rapid adoption of digital media by consumers and the opportunities this creates for advertisers, it is now no longer simply about planning and measuring across online and TV. In order to enable advertisers to plan and measure more effectively across their buys, the industry needs to provide proven tools that help them evaluate the video universe for mobile, tablet, connected TV, the unique viewers in-apps vs. browsers and the duplication for multi-screen.

With all of these new developments, measurements and validations, it is easy to get tripped up by conflicting numbers. Furthermore, target audiences are more than just a combination of age and gender. Brands can communicate with prospective customers based on behavior, belief, values, lifestyles and more – they are not just strictly demo-centric.

Solving the puzzle of iGRP empowers advertisers to better plan and evaluate the effectiveness of campaign delivery, yet the ultimate goal has to focus on the value of the brand. After all, not all impressions are equal. If iGRP is the currency, what we buy with the currency matters. (Source: www.brightroll.com)