The most important email marketing KPIs and what they mean 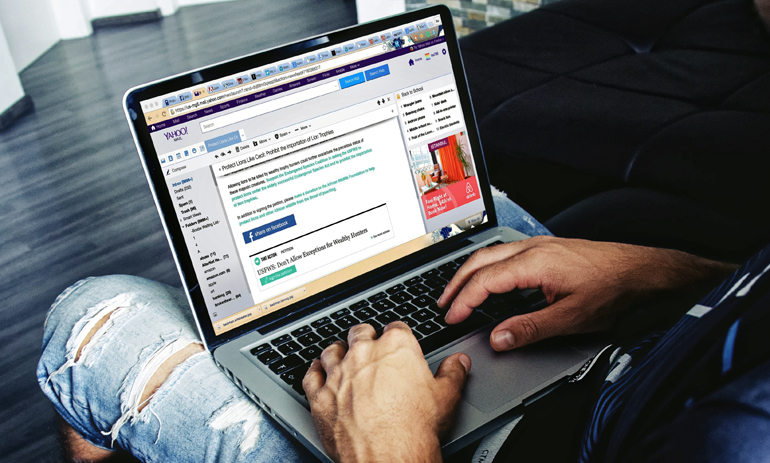 A few years ago, we believed email marketing was dying, however, newsletters are today more than ever the backbone of a profitable digital marketing strategy with an inexorable growth rate of potential audiences. According to the Radicati 2016 Email Statistics Report, by 2020,  three billion people will receive emails. About half of them will read the messages on their mobile devices, making email marketing to one of the most effective digital marketing channels ever.

Read on, if you are interested in the must-know email marketing KPIs and how they are measured.

I probably don’t have to tell you that KPIs in the email marketing are generally distinguished between OnMail KPIs and OffMail KPIs and the terms are even more or less self-explanatory: OnMail KPIs measure everything that has to do with the newsletter itself only and can be calculated by the interaction with the corresponding email. These include, for example, the opening rate, the number of cancellations, etc., which are usually evaluated automatically by newsletter systems. The OffMail KPIs go one step further and include all numbers that have their starting point in the newsletter, but a different endpoint. If you want to calculate, for instance, how many newsletter subscribers have bought something on a website, the starting point is the newsletter, but the end point is a website. The same applies, for example, to visiting time or social media numbers and the calculation is usually provided by third-party tools such as Google Analytics.

The most important email marketing KPIs you have to know are the following:

Click-through rate (CTR): It’s the percentage of email recipients who clicked on at least one link in an email and is generally seen as the classic among the email marketing KPIs.

The CTR, however, gets more and more often pushed aside by the CTOR (click-to-open rate) recently, which is taking into consideration only those recipients who have opened the email and not all who received an email. Hence, the CTOR indicates what percentage of those who really saw the email (meaning opened it), clicked on at least one link. Both values are important in their own way and are more different than what it seems at first glance.

Open Rate (OR): It indicates what percentage of the sent emails were actually opened by recipients.

The open rate is a popular index number, giving quick insights into how many people have actually opened the newsletter.

The significance can be manifold: Either the recipients do not want the newsletter, the subject line is poorly phrased, or a large number of emails ended up in the spam folder – hence, sometimes "bounces" are excluded from the calculation.

Conversion Rate (CR): It can be used to determine the percentage of cases a desired action (e.g., download, purchase, etc.) has been made.

As in other industries, the conversion rate is a very popular number for measuring success. It is much easier to calculate than e.g. the return on investment and is one of the OffMail KPIs.

Bounce Rate (BR): It’s the percentage of email recipients to whom the newsletter could not be delivered.

But keep in mind that there are two different types of bounces:
1. We’ll talk of soft bounces when there is just a temporary problem with the receiver, such as a full mailbox or server problem. As a result, the email could not be delivered. But there is a chance that the email can be delivered on the next try.
2. A hard bounce is a serious problem, such as a closed email account, which means hard bounces should be removed directly from the recipient list.

List Growth rate: This is the percentage by which the total number of newsletter subscribers increases.

To determine the growth of subscribers. the list growth rate is used, as it takes the newsletter cancellations generally into consideration as well.

Unsubscribe Rate (UR): It expresses how many percent of the recipients of a newsletter have opted out.

The unsubscribe rate is still a popular measure to spot problems a newsletter might have at an early stage, but has lately been suppressed by the list growth rate. If the number rises to over one percent (with a meaningful number of subscribers), you should get to the bottom of the reason why that is so. However, a certain number of opt-outs will always exist and are completely natural.

Average time of visit (time on site): It’s the time that email recipients spend on average on a website due to the newsletter.

How do site visitors behave, which are lured to the site by the newsletter? Are they gone after a few seconds or do they spend at least a minute on the page? Especially content pages should include this metric in their email marketing reporting.

The total profit (ROI) of an email campaign.

Without doubt, in a purely monetary perspective the ROI is the most meaningful number for success, but of course, these metrics are not the only relevant KPIs for email marketing campaigns.

It is always important to make a selection that is relevant to the actual objective. You mainly want to measure whether your newsletter is financially worthwhile? Then surely the conversion rate and the ROI are interesting. When it comes to engagement, the click-through rate and the open rate are certainly ahead. And the growth of your subscribers is best kept in mind with the list growth rate. So far, the most commonly measured email marketing KPI is the click-through rate (70%), followed by the conversion rate (60%) and the open rate (56%).