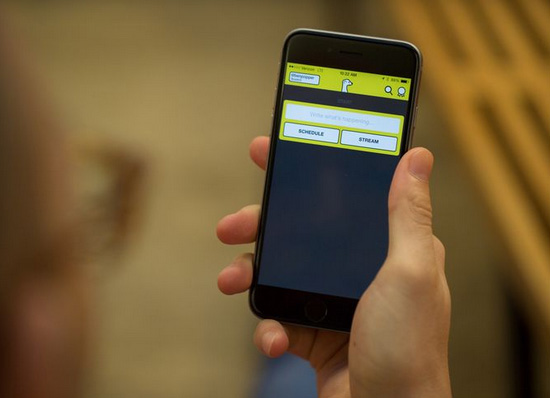 For quite some time now mobile video is fast-paced and not a niche phenomenon anymore. In fact, Cisco predicts that by 2019 the share of video traffic will increase to 73% in the total mobile data traffic.

Services such as Youtube, Vine or the various streaming providers such as Netflix, Watchever, or even Amazon, are established appropriately and provide better and better service to mobile users. Interestingly, the two major platforms, Youtube and Facebook, are now showing significant shifts, revealing that already end of last year, more videos were uploaded and shared on Facebook than on Youtube.

In any case, especially solutions that allow users not only to record, but to accumulate, process and ultimately distribute videos, are currently gaining momentum. Snapchat observes, for instance, uploads of 700 million photos and videos on a daily basis by now, and with the app users of Younow are busily filming their children at home and streaming the videos on the platform to share them with friends.

However, most attention was given to Meerkat in the past few days, an app that provides mobile video live streaming on the go. With Meerkat it is possible to record videos and stream them directly to Twitter via smartphone (currently only iOS but Android is soon to follow). What impressed is the fact that, the app was able to win 120,000 users within just two weeks.

Marketers, of course, embraced the new opportunity to connect to consumers on a faster and more connected level in real-time without delay.

This app is heavily integrated with Twitter and therefore, it definitely was a big shock for the Meerkat’s founders to hear that Twitter surprisingly confirmed on March 13, 2015, that they bought Periscope, a competing live-streaming app. What Periscope offers in addition is a way to view previously recorded live streams as well, which could pose a problem for Meerkat’s future growth, not to mention that Twitter locked Meerkat out of a convenience function for its API, referring to internal rules.

Meerkat is based on the developer platform ‘fabric’ that allowed them to transmit the social connections of the Twitter users to their service. This was very convenient for users, as they didn’t have to generate and maintain their contacts in Meerkat again. In addition, Meerkat could use references to video streams from Twitter contacts and forward them to others. But since these functions are no longer available for Meerkat, it will be more difficult for the user to stay informed about live streams. The Meerkat co-founder, Ben Rubin, complained about the decision of Twitter, but called the incident eventually just a "small bump" in the development of Meerkat.

However, the fierce fight for the market just shows that all players involved expect the market to make it big. Still, as we see in the case of Meerkat, things change fast and adapting swiftly usually means make-or-breaks in the extremely competitive digital industry. Still, the sensation built around the new app proves by all means that there is space for yet another social networking app to join the massive number of apps already out there.