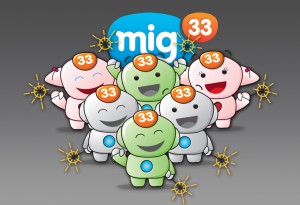 mig33 is one of the world's largest mobile-first social entertainment services, connecting over 65 million registered members around the world with chat and entertainment every day, hosting a fast-growing virtual economy. Launched in late 2005, mig33 is headquartered in Singapore with strong consumer presence in Indonesia, South Asia, the Middle East, and Africa. At this year’s ChinaJoy 2012, one of Asia's top game expos, Steven Goh, co-founder and CEO of mig33, elaborated on the company's progress and plans, saying that "for Social Game developers, the choice of Social Networking Platforms outside of East Asia is limited. We're out to provide a great and engaging alternative in South and South East Asia."

mig33, which has launched over three dozen social games in the past 12 months, has delivered up to several hundred thousand daily unique users to each game. It plans to increasingly tie its games more closely into its ecosystem and monetization engines. "Every day we learn more about engagement and the finite details that really matter," continued Goh. "We launched a mini-blog product earlier this year to improve the mig33 experience, and we're currently rewiring mig33 based on the feedback we're getting."

That mini-blog has centered the mig33 community on a fast, fun and highly social experience. The mini blog is gradually being integrated with mig33's third-party games, chat, profiles and avatars, making mig33 a unique proposition compared with the emerging market-offerings of other social internet services such as Facebook, Twitter, Sina's Weibo, and Tumblr. Unlike the others, mig33 is focused on delivering a fun, fast and social service and includes features such as levels, badges, labels, virtual gifts, avatars, emoticons, games and more, directly within the mini-blog itself.

mig33 has successfully evolved into a popular East Asian social networking services such as China's multi-billion Tencent QQ. In 2011, mig33 delivered over 300 billion messages and over 185 million virtual gifts. Aside from a robust developer program, mig33 holds partnerships with handset manufacturers, telcos, mobile content providers and a vast network of mig33 merchants.

How does the unique migg33 merchant system work?

It’s as easy as saying hello to the person next to you. mig33 merchant build a network of friends and supply them with what every mig33 user wants: mig33 credits, anywhere & anytime. 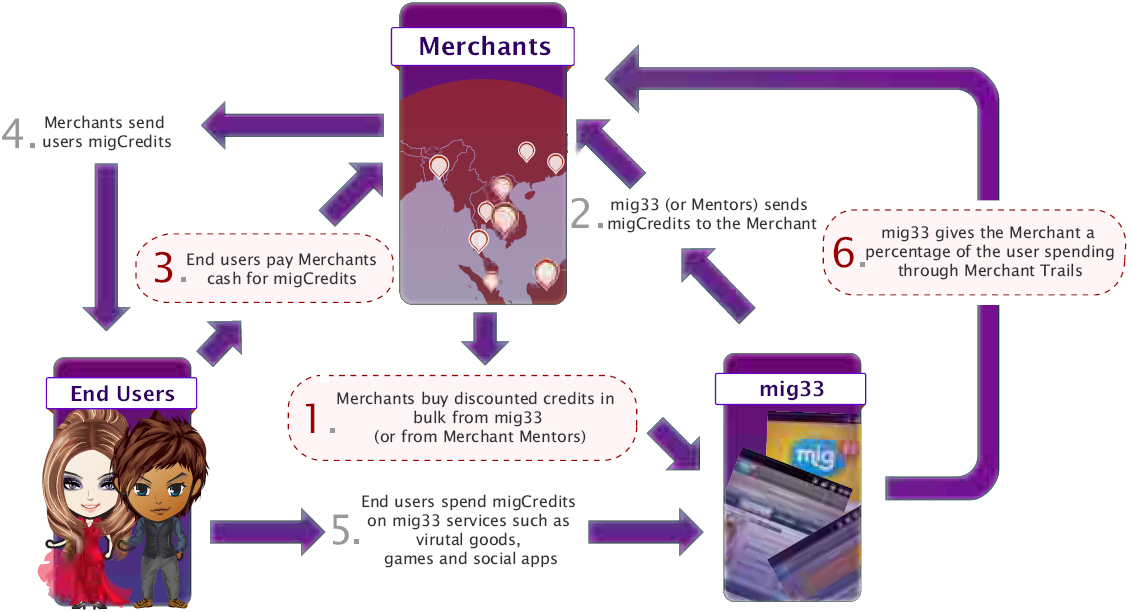 All merchants are required to play the Merchant Quest where they are rewarded with cool items which help boost reputation, and colors for easy to recognize status in chat rooms and the mini-blog. Merchants are required to collect points every month in order to maintain their status. Outstanding point achievers are rewarded with a RED color ID. Other rewards include Exclusive Avatar items. 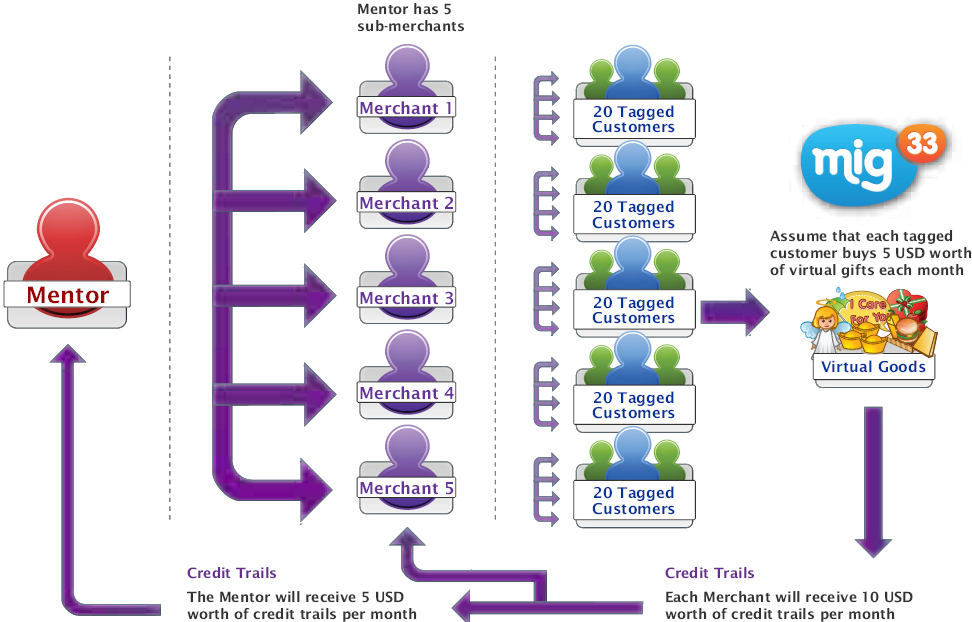