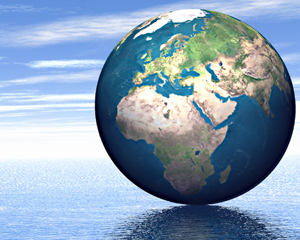 Hot at the heels of an algorithm update to combat duplicate content last month, Google has followed up with “Panda”, another algorithm change that hits purveyors of “low quality content.”

Generally perceived to be designed to tackle content farms, it destroys the rankings of sites which many Google users are sick and tired of seeing in the search engine results pages.

Although currently alive and kicking in the US, going by the trend of previous Google algorithm roll-outs, it could, at any time within the next few months, hit European sites and swiftly move beyond.

As most of the larger content farm type sites are US based, I guess nobody really knows what kind of impact it will have in Asia. As Google’s additional algorithm is applied at a domain level rather than a specific page level, we are probably only talking about a small number of affected sites, which are, however, so powerful, that it seems to justify the precaution.

To avoid being slammed with little or no warning, leading search marketing specialist and technology firm Greenlight is urging businesses to take the necessary steps to ensure that their site rankings and visibility are not affected when Panda strikes.

Greenlight also unravels how the update might go about judging quality content and sorting it from the junk.

What you should do to be prepared

To avoid any negative impacts, the content on websites should be well written. Businesses should aim to attract as many clicks as possible when ranking in Google, by optimising the message being put across to users with the page title, meta description and URL. Once users land on the site, they should be kept happy through the provision of a rich experience, with as much supporting multimedia as possible, and clear options for where to go elsewhere on the site if the first landing page does not "do it" for them in the first instance.

“Regardless of what Google is doing, these are all the basic requirements for almost any online business, which gets at the heart of what the Google algorithm updates, and indeed SEO (search engine optimization), are all about,” says Adam Bunn, Director of SEO at Greenlight.

According to Greenlight, Panda is a combination of more emphasis on user click data and a revised document level classifier.

User click data concerns the behaviour of real users, during and immediately after their engagement with the SERPs (search engine results pages). Google can track click through rates (CTRs) on natural search results easily. It can also track the length of time a user spends on a site, either by picking up users who immediately hit the back button and go back to the SERPs, or by collating data from the Google Toolbar or any third party toolbar that contains a PageRank meter. This collective in all probability provides enough data to draw conclusions about user behaviour.

Using it, Google might conclude that pages are more likely to contain low value content if a significant proportion of users display any of the following behaviours:

What might constitute "quickly" in this context? According to Greenlight, Google probably compares, for example, the engagement time against other pages of similar type, length and topic.

“We know Google has strongly considered using user click data in this way. It filed (and was granted), a patent called method and apparatus for classifying documents based on user inputs describing just this. It is likely Google only uses this data heavily in combination with other signals, as user click data as a quality signal, is highly susceptible to manipulation. Hence it’s historically been such a minor part of search engine algorithms,” says Bunn.

Bunn explains Google could give a percentage likelihood of a page containing low value content, and then any page that exceeds a certain percentage threshold might be analysed in terms of its user click data. This keeps such data as confirmation of low quality only, rather than a signal of quality (high or low) in its own right. So it cannot be abused by webmasters eager to unleash smart automatic link clicking bots on the Google SERPs.

A "document level classifier" (which Google announced a redesign to in a blog post late January), is the part of the search engine that decides such things as what language a document is written in and what type of document it is (blog post, news, research paper, patent, recipe etc.). It could also be used to determine whether a document is spam, or contains low value content. For example, it might look for content with excessive repetition of a particular key word and lacking in semantic variation unlike a naturally written document, content with little supporting video and/or images, content containing keywords but few proper sentences (indicating it could be machine generated) or newly created content too closely aligned with keywords regularly searched for (a hallmark of content farms).

“It is possible the first algorithm update of the year i.e. in January, was the roll out of the document level classifier, and Panda added the additional layer of user click data”, says Bunn. “Or, the new classifier may only have been "soft launched" on a few data centres or for internal testing, before being rolled out alongside the user click data component.”

Some in the industry are nervous of Google making qualitative judgements about content quality. There is a way for Google to validate what its algorithm believes are low quality content sites against real user feedback - the Personal Blocklist extension for its browser, Google Chrome. Launched in mid-February, the extension lets Chrome users block specific sites from appearing in their search results on Google, and passes back information about what sites are being blocked to Google. Google, however, claims that the Personal Blocklist has no algorithmic impact on rankings, yet.

Whilst Greenlight’s Bunn is of the view that this is credible, although not enough time has as yet elapsed to properly analyse and build the data into the algorithm, he does not rule out the use of this data in the future and in a similar capacity to click data - a second or third line validation of assumptions Google has already made about quality in other ways. Indeed, Google itself has pointed out it has compared the sites affected by Panda to the sites people are blocking with Personal Blocklist saying “we were very pleased that the preferences our users expressed by using the extension are well represented."