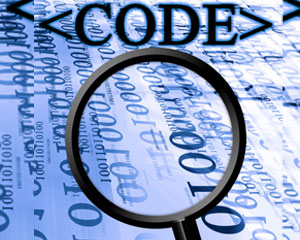 Time is ticking for Apple to comment on its privacy policies by next week. The current dispute on how developers have been able to access users' private address book data on its popular iOS mobile platform has gotten the iPhone manufacturer into hot water. Now the company has to clarify its developer guidelines and the measures taken to screen apps that are sold in its App Store.

Criticism was triggered by a Singaporean developer who discovered that Path, a San Francisco based start-up that makes a Facebook-like social networking app for iPhones, had been quietly uploading his contacts' names and phone numbers onto Path's servers. Later, other technology bloggers discovered that iPhone apps like Facebook, Twitter, and foursquare upload user data the same way - partly without permission.

All these incidents raised the question of whether Apple's iOS app developer policies and practices fall short when it comes to protecting the information of iPhone users and their contacts. An independent blogger even claimed that it is quite common and widely accepted among iOS app developers to send a user's entire address book without their permission to remote servers and then store it for future reference.

The fact is that Apple's privacy policy is under scrutiny and questions are being raised as to why Apple has not placed any protections on the Address Book in iOS from the beginning. It is even more confusing because Apple's spokesperson Tom Neumayr stated: "Apps that collect or transmit a user's contact data without their prior permission are in violation of our guidelines. We're working to make this even better for our customers, and as we have done with location services, any app wishing to access contact data will require explicit user approval in a future software release."

Apple's privacy policies within apps will certainly be improved by requiring explicit permission to collect such data in the future, but it is still unclear whether iOS 5.1 will address this issue, or the fix will come in a separate update. Right now the company is even indicating plans to put some form of a setting on contact data that would allow users to control who views the data, similar to the way Apple locks down location data.

Still, we just have to shake our heads about the company that has promoted itself as more private and secure than anybody else, with its stringent app approval process. It's weird to read that this company has flaws, by leaving people's address books unprotected as if it would be nothing. Not to mention that iOS apps have full access to everything in the iOS app sandbox, such as pictures, music, movies, calendars, and a host of other data. Any of this content is literally open for developers to freely transmit to their own servers while apps are open. Not to mention that approved apps have access to the iPhone's camera and microphone, too, so photos, videos, and audio could be transmitted securely or insecurely to servers that Apple does not even necessarily know about. Maybe crooked developers or even shady government entities are already using such apps to gather information?

Don't let us tempt fate, instead we should think positively that most developers and companies would never consider doing something like this as they are afraid of getting caught red-handed which would be their own downfall. In addition, any desktop application can suck up data and send it to a server somewhere as well, so it is not solely an iOS problem.

Unfortunately, what adds fuel to the fire right now is the fact that another privacy violation was reported where Google bypassed privacy settings in Apple's Safari web browser in order to track people's online behavior. So, again all fingers are pointing at companies that make iPhone apps, social networking services and websites. It has even been speculated that Apple purposely set default privacy settings in mobile Safari against third party cookies to control iPhone users' experience. Let's see how Apple troubleshoots this situation.