What is allowed and ‘legal’ in Influencer Marketing? 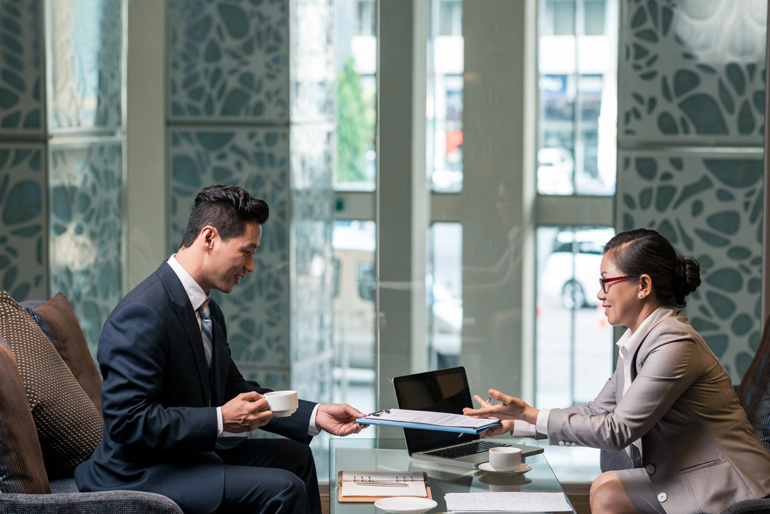 With the increase in user numbers on social media, advertising effectiveness on these platforms increases simultaneously, opening up a new advertising channel -  the so-called "Influencer Marketing".  However, since the Internet isn’t a right-free area, the question arises of respective legal risks when earning money as an influencer on a commercial level.

In contrast to other marketing measures, Influencer Marketing isn’t addressing the entire market and all potential online consumers, but a certain target group, namely the followers of the influencer. Another, and quite significant, difference to conventional marketing is that advertising measures are no longer recognizable as such at first sight.

The "random" placement of product names or brands (e.g., cars, smartphones, tablets, etc.) under the slogan "surreptitious advertising" is well-known, like the use of "celebrities" from sports, society or cinema, as an advertising medium for certain products, which are also aligned to a defined target group through their "fan base". Hence, the use of celebrities as "brand ambassadors" can generally be regarded as the kick-start of influencer marketing the way it has emerged in recent years.

Instagram - as an example of modern "Influencer Marketing" - is one of the most popular social media platforms for this form of marketing. Users can upload images, which can then be seen, commented and "liked" by other users. If a user has a lot of followers, the range of influence for his/her photos - and "advertising" messages – can be enormous, making them interesting for brands that see a chance to spread their marketing messages through them to their appropriate target group.

Of course, the influencing pattern does not only work with Instagram, but with all social media. For instance, within the video platform YouTube it is also very successful. The clips, in which Influencers introduce products are placed purposefully in front of videos of the same interest areas.

Influencers are paid for this kind of product placement, depending on the range of their accounts with money, free products or discounts, but in the fewest cases these advertising measures are marked as advertising. The question is now: Is this allowed or where does the legal limbo begin?

Influencer Marketing is a relatively new phenomenon in the marketing field, therefore, the legal standpoint is still vague. But as in the case of many recent legal developments in the field of social media, there is not necessarily a new right to seek or create, rather first to examine whether existing legal regulations are also applicable to this new development.

Starting point is for sure the ‘law against unfair competition’, which regulates the misleading behavior of advertisers, besides trademarks and copyrights infringements. It is generally governed at Federal State level. According to the ‘law against unfair competition’, the intend to mislead is unfair and businesses must recognize the commercial purpose of a commercial act, to make sure that non-disclosure doesn’t cause the consumer to take a commercial action which would otherwise not have been taken. This is the classic definition of impermissible surreptitious advertising. The aim of the rule is, above all, the prohibition of mixing editorial and advertising content. The consumer should be protected from believing that the influencer presents a product he/she praises by conviction, even though there has been a trade-off.

Influencers lack the labeling of their product placements as advertising

For an average social media user, the impression often arises that the influencer only expresses his/her own experience and represents the very own opinion about a product that pleases, or just posts a photo out of interest or a mood. This seems to lead to a mixture of editorial and commercial, creating rather advertising content.

So, the question now is how the labeling of the product placements of influencers must be designed so as not to be classified as a prohibited surreptitious advertising? It is a question that should concern all ‘commercial’ influencers as well as advertisers.

Influencers risk claim for damages from other companies, actions for an injunction and warnings. They can also be warned by consumer protection authorities and competition authorities, which is why many influencers started to add "#sponsored" or "#sponsoredby" under their product placements.

Fact is that the main legal risk is with the influencer: Because of the possible violations of laws and directives, the contracts concluded between Influencer and companies can be void because of misconduct or law. Thus, the influencer has no legal claims against the enterprise, neither on payment nor on support in judicial processes, warning procedures etc.

Is the term "sponsored by" sufficient to minimize legal risk?

These aspects must be emphasized and taken into consideration in the legal assessment of Influencer Marketing. It remains to be seen whether jurisdiction recognizes and takes up these tendencies, but no one should be surprised if, in the context of social media, the term "sponsored by" is categorized as completely sufficient for the marking of advertising.

Social media users, on the other hand, would most probably be terribly irritated, when suddenly finding the word ‘advertising’ under a post, although it would be the safest solution under the current legal situation. Companies and influencers otherwise risk the loss of reputation if they do not make the advertising character clear. Particularly the ongoing discussion about the "sponsored by" and much more stringent requirements for corresponding rules in other countries, the topic of surreptitious advertising comes to the fore in the context of Influencer Marketing and is increasingly getting the attention of the public.

Companies and influencers that want to strike a balance should probably go for a not too obvious, but not disguising, indication (as it is already provided by sponsored by, if this were recognized by the jurisdiction). Possible examples would be "on behalf of " or "courtesy of”, or ‘supported by’ advertising or product placements.

Whatever wording is used depends on the frequency of use by influencers in the near future, but since the development is so novel we will probably see a certain "stubbornness" of companies and influencers to use "sponsored by", which could actually contribute to the legal enforcement of this formulation.

Finally, the question is how and where exactly the reference to the advertising purpose must be placed. It is necessary to ponder again on the complete loss of the advertising effect, if the purpose is too much in the fore, and the legal risk when missing to label advertising clearly.

To a certain extent, the company that pays the influencer should play a role, too: The more detailed the company's requirements for product placements, the clearer the reference to the company (in exceptional cases, even the heading of a post). In the normal case, however, the description in the caption should be adequate.

We will see how this is all working out. Anyway, it is important to assume prohibited surreptitious advertising only when the influencer actually receives a compensation in the form of money, discounts or products. Influencers, which are simply "fans" of certain products, and post without consideration, may be rare, but they do not violate the principle of the separation of editorial and advertising content and thus do not fall under the prohibition of surreptitious advertising.