The TOP 100 most valuable companies in the world 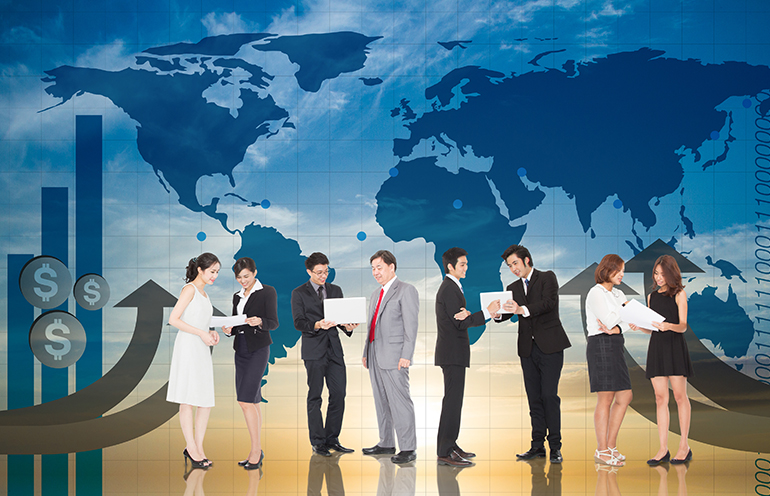 The market capitalization of the world's top 100 corporations has risen from $ 1.04 trillion (5%) to $ 21 trillion in one year. This is one of the core results of the Global Top 100 ranking by market capitalization, published by the accounting and consulting firm PricewaterhouseCoopers (PwC).

US companies are dominant, but China and India are on the rise

Due to difficult market conditions, the overall growth of the world's 100 most valuable companies is much more restrained in 2019 at 5% compared to last year. At that time, the increase was still at 15%.

US companies continue to dominate the "Global Top 100" ranking: for the fifth year in a row, more than half (54%) of the world's most valuable companies are from the USA with a market capitalization share of 63% (2018: 61%).

Greater China saw a 4% decline over the past 12 months, mainly due to trade uncertainties and their impact on local markets. Nonetheless, companies based in the region of China occupy second place among the regions.

The country with the relatively best performance in the ranking is India, although only two Indian companies are among the "Global Top 100". Strong domestic stock market performance and robust earnings increased market capitalization by $ 63 billion (37%). Europe, in contrast, recorded a decline of 5% overall, probably due to geopolitical challenges and the uncertainties caused by Brexit.

For the fourth consecutive time, the technology sector leads with a market capitalization of almost $ 5.7 trillion, ahead of the financial and healthcare sectors. However, the growth of the technology industry at 6% was significantly lower than last year when technology companies had increased their value by an average of 34%.

For the first time in seven consecutive years, Apple was replaced by Microsoft as the world's most valuable company. The US technology group had a market capitalization of 905 billion US dollars (growth: 29% compared to 5% at Apple). However, the four major US technology companies Microsoft, Apple, Amazon and Alphabet are still in their own league.

However, Chinese companies are most likely bring a shift in the medium to long term due to the very large proportion of 'unicorns' from the Greater China region (30%).

The analysis covers the period from March 31, 2018 to March 31, 2019 and compares the changes over the past ten years as well as regions and industries. For more information visit the website.