Peculiarities of influencer marketing in B2B 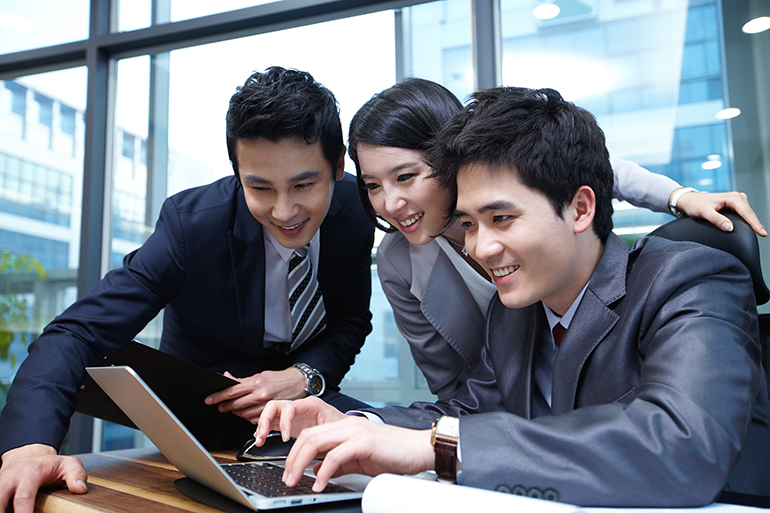 The terms influencer marketing and influencer relations, as well as their opportunities for corporate communication, have been discussed for around ten years now. Essentially, it is about how opinion building works for stakeholders, especially customers or other reference groups, and what levels beyond journalism or advertising are involved.

Since quality content is key to the success of many companies - be it videos, webinars, blogs, testimonials or social media posts - marketers are increasingly focusing on content marketing and clever storytelling to have a positive influence on purchasing decisions. In doing so, the content is no longer just produced by the companies themselves. Especially in B2C communication, opinion-makers, so-called influencers, have firmly established themselves in recent years, because studies show that consumers increasingly buy products that are recommended by them. Hence, many marketing departments set aside budgets to target people with influence and reach.

For instance, at the end of 2017, Hubert Burda Media launched the content and influencer platform “Brands you love” that connects companies and influencers. The influencer industry is obviously becoming more and more professional: agencies even specialize in this area and tools make it easily possible to identify suitable influencers.

In terms of credibility, influencer marketing clearly outperforms traditional advertising formats, since trust in influencers is high due to their commitment and social authority. Influencers can be used to market specific products and services for particular customer segments. First and foremost, credibility and trust motivate customers to follow recommendations from influencers, demanding from companies to give up some control over their content. Authentic and successful influencer marketing is therefore not only characterized by the trust that customers bring to influencers.

Authentic influencer marketing isn’t as established in the B2B environment as it is in many B2C sectors. Nonetheless, promising potentials for lead generation exist in the B2B environment as well, since purchasing decisions are based on rational, factual knowledge rather than emotions. Reach, which is the central criterion for co-operations with influencers in B2C, is not so crucial in B2B, rather the relevance of technical content and a good personal reputation of the influencer.

So, finding suitable influencers is often a bigger challenge in B2B, because celebrities and high-reach creators are not ranking first in B2B. Instead, B2B companies should rely on customers, business partners and employees. Although the reach of these groups is generally lower, they are credible. Employees who are highly trusted in their personal networks and publicly speak out for their employer are particularly credible influencers. Additionally, the good reputation of a company by its employees has also a positive effect on the company as an employer brand. Specialized journalists and analysts are also credible and, on top of that, offer in many cases a high coverage. Sound industry know-how is decisive, whereby the selection pool of suitable influencers is quite manageable.

In the B2B environment, buying decisions are in many cases already made by Internet research before the customer gets personally in touch with the company. That is why it is important to provide authentic and credible content to potential customers in the early stages of the purchasing decision process - like good content from influencers.

The targeted use of so-called ‘micro-influencers”, that have up to 10,000 followers and increased engagement and fan-influencer relationships, is actually gaining momentum in the B2C area, too. It will be particularly interesting to see whether B2C and B2B can learn from each other, or at which points the communication strategists clearly differ due to sectoral differences.