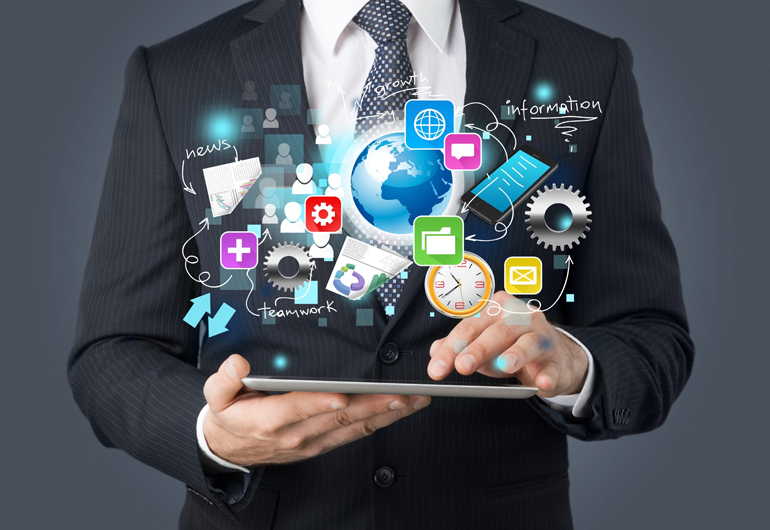 The digitalization of marketing keeps its status of being a megatrend in 2018 and continues to breed new developments with the help of technology. In fact, the following trends can be expected this year:

The text production by semantic software, based on artificial intelligence (AI), will establish itself in the market after a tentative start. In addition to the news production, product descriptions in the steadily growing e-business will become a domain for automated text production. As an example, Google started to support the British start-up Urbs Media with its Digital News Initiative, that will soon use AI to filter out valuable data from large amounts of data and automatically write up to 1,000 news texts per day.

Even in email marketing, the possibilities of digitization are still not utilized. Due to the advancing marketing automation, the not-so-new possibilities of predictive targeting on a big data basis will only be applied widely in the near future. Dynamic emails and newsletters will automatically adapt with hyperpersonalized content not only to the recipient's profile, but also to the time and place of opening. Interactive emails eliminate the need to switch to a landing page, offer in-mail shopping, multimedia applications, and what your heart desires.

Dominance of the major trading platforms

Thanks to search engine marketing, e-commerce can be regarded as a large shopping mall with countless individual shops, and this mall principle is now widely gaining acceptance on the Internet. More and more providers are gathering under one roof, e.g. on a platform such as Amazon, Ebay or Rakuten, where around half of all consumers start their product search. That means that the commercial giant, founded by Jeff Bezos, takes on the role of a shopping search engine and consequently all those who cannot be found there are losing out -  at least in the consumer world. In 2018, this trend will not only increase significantly, it will also jump over to the B2B business.

Pay per use in the Internet of Things

After IoT applications have found their way into production (Industry 4.0), as well as retail, services, and customer business (smart home), manufacturers are increasingly considering better monetization. Many providers have come to the conclusion that the connection of the devices to the Internet offers the unbeatable advantage of financially exploitable continuous control. This means that attractive rental models, that relate to actual usage and remote maintenance contracts, can be arranged - which are usually more profitable than revenues from a one-time sale. For the customer they are more attractive due to their seemingly better service and a more honest cost structure, resulting in new business models.

Clouds and IT platforms

Already two out of three companies rely on cloud services and in 2018 it is expected that these services will be increasingly mission-critical applications and entire IT infrastructures, based on hybrid systems from public clouds such as Amazon Web Services and private cloud. "Public" is more likely to store the data and systems for which the fastest availability is critical, such as in-cloud apps or streams. For privacy and compliance reasons, private clouds store sensitive data and critical applications, such as IT security services and firewalls.

Programmatic TV is also promising, simply because more and more TV sets are connected to the Internet. The program and advertising broadcast takes place via Hybrid Broadcasting Broadband TV, in short HBBTV, which currently allows to show personalized banner ads, but still no automated advertising spots played via adservers in advertising blocks. But according to the programmatic software provider dataxu, Programmatic TV will prevail in 2018 with the anticipated HBBTV 2.0 introduction.

Influencers have become an integral part of social media marketing, since the opinion makers on YouTube, Instagram, Facebook and other social media can make an impact on purchasing decisions – regardless what target group you have in mind. But when a certain popularity is reached - measurable in followers or subscribers - the relationship between effort and yield of the influencer adoption worsens, since countless copycats join the loyal core target group. The broad mass tends to have too little potential for a marketing campaign due to waste coverage - and thus wasted budget. If the motto "mass instead of class" has prevailed so far in Influencer Marketing, a new orientation is emerging: Even influencers with just about 10,000 followers will be relevant this year. Due to their specialization, they manage to reach the right target groups with a high degree of trust and avoid waste coverage.

In addition, there are a number of existing trends that will evolve in 2018, such as proximity and location-based marketing, chatbots and language assistants, which are constantly developing new skills and usage fields, shifting marketing communications from social media to messengers and short-lived content à la Snapchat.

Also conceivable are completely new trends, which nobody can imagine right now, since they still have to be brought to life by new start-ups. We’ll see what happens.