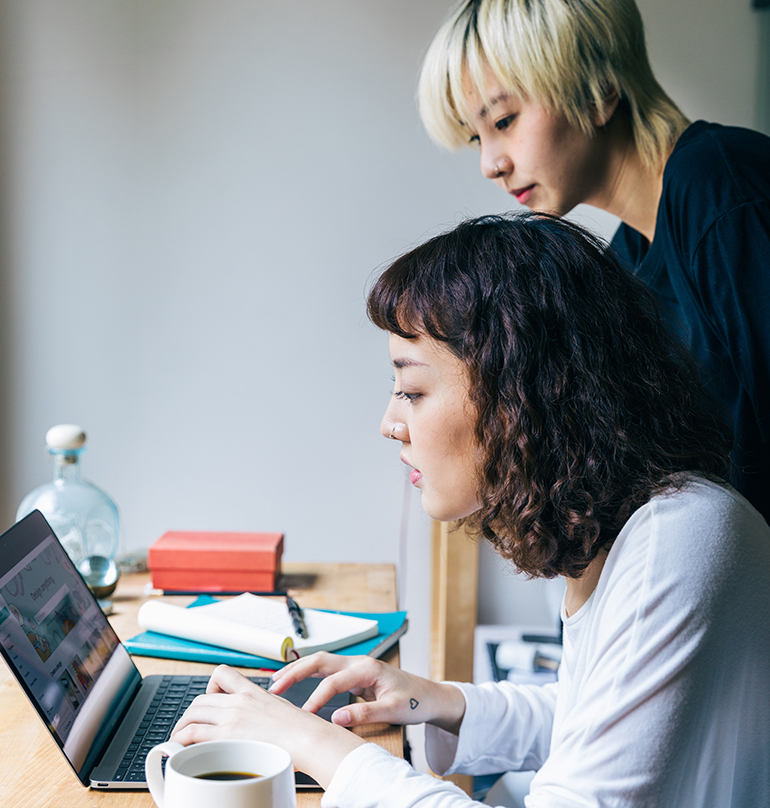 Following Social Media Day this 30 June, ADA explores how usage and consumption of social media have gone through the roof to reach a ‘new normal’.

Through a deep analysis of social media trends across nine countries in South and Southeast Asia, we have identified four key findings around the uptake of social media and what this means for brands.

ADA’s findings have shown that there has been a sharp spike in social media mentions and engagement in Asia. However, when a comparison is made between countries, the spikes correlate more with respective government actions rather than with the spread of the virus. 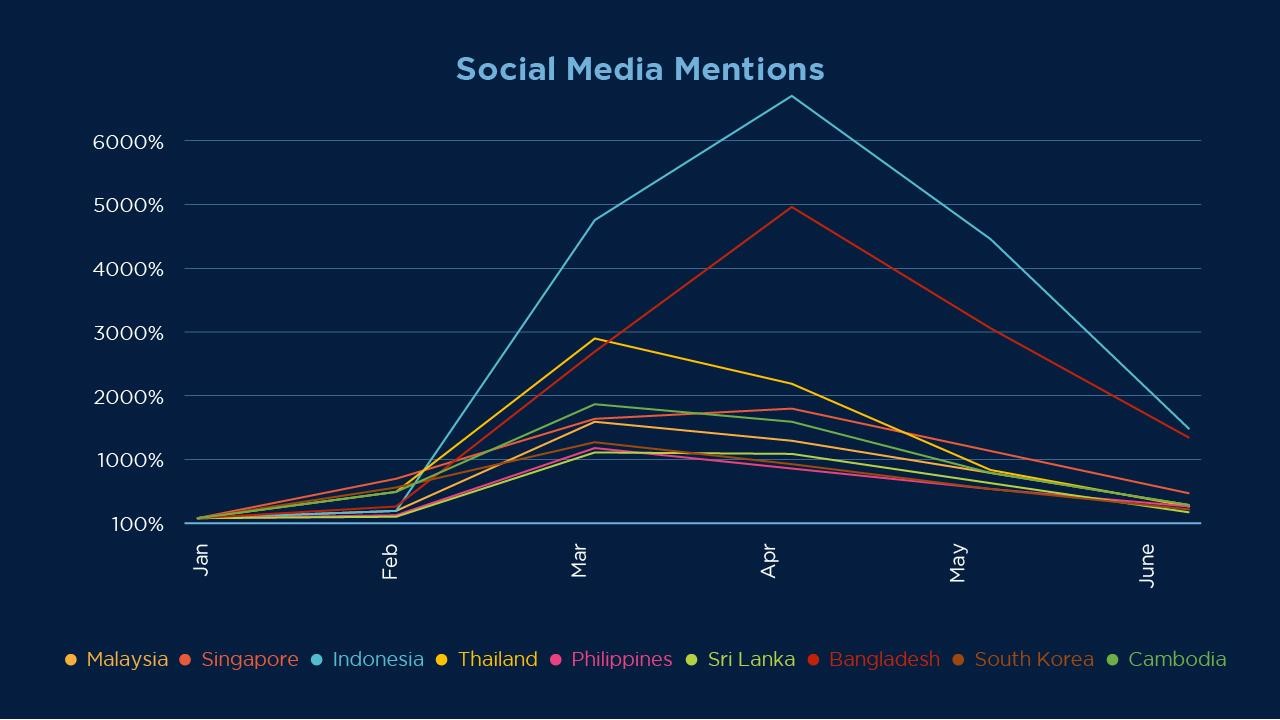 Indonesia, Bangladesh, Thailand, and Cambodia have the highest number of mentions on the subject of COVID-19. However, three out of four of these countries have relatively low number of new cases in the countries. For example, up to early March, Indonesia was still reporting zero cases of the virus within the country, yet social media mentions started to spike as early as February. Also, in Indonesia, a large spike in mentions occur when the government started introducing large-scale social restrictions gradually in the month of March to April.

Moreover, when it comes to the number of people engaging with and having conversations around COVID-19 related posts, Cambodia, Bangladesh, and South Korea rank the highest even though the number of cases reported in these countries are relatively low. To date, Cambodia only has 141 cases in comparison to the Philippines which has over 35,000 cases to date. In Bangladesh, social media engagement starts to spike between late February to mid-March when governments started restricting travel into the country while moving to close schools. 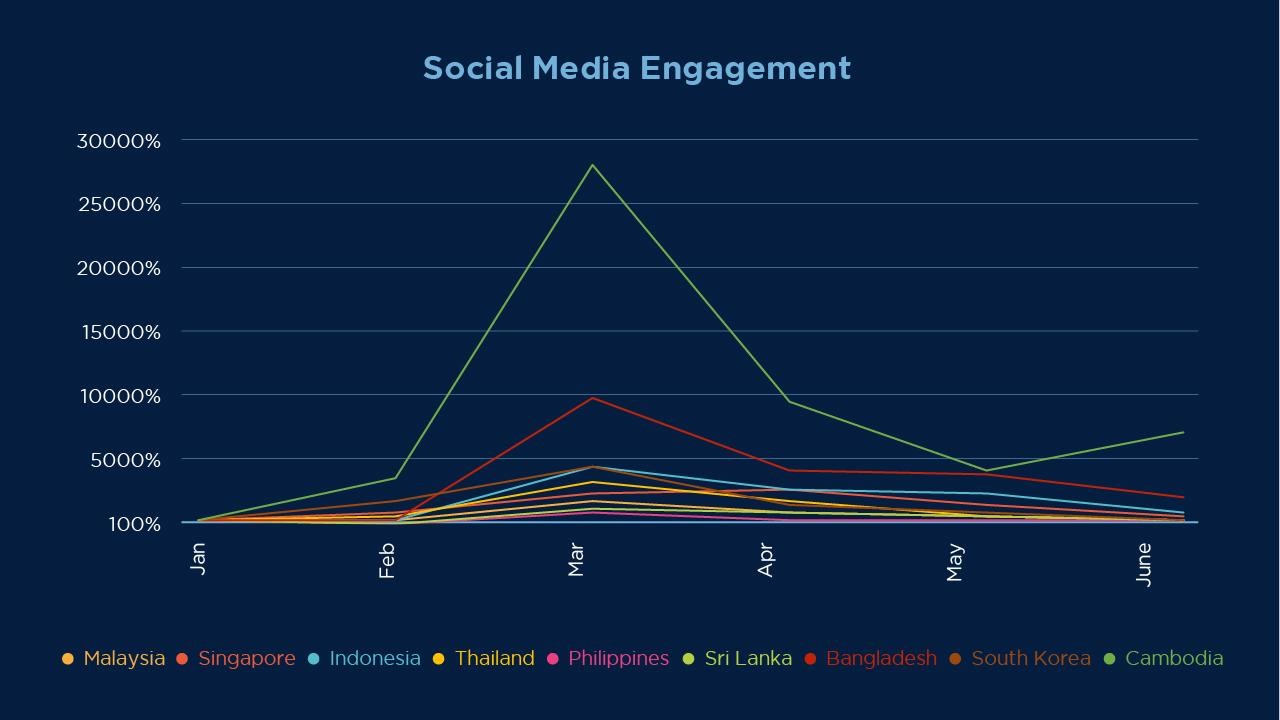 What this means for brands: Be informed about local updates especially at a government level – what is the government announcing, implementing, or restricting today. This is regardless of whether it directly affects your brand, because, at some level, everyone is affected. Especially if your brand has regional presence, next steps must cater to all markets and their respective government actions.

Naturally, overall public sentiment towards COVID-19 and all facets surrounding the topic has been negative. However, the increase or decrease in positive sentiment has been largely in tandem to two factors, including the localized progression of the virus and the government or political response towards the virus and its repercussions.

Exceptions include Indonesia, Thailand, and the Philippines, where citizens appear to be more positive than the others. Surprisingly, countries like Cambodia, South Korea, and Bangladesh seem to be the least positive in the last three months despite the low number of cases. In Singapore, before the start of their Circuit Breaker period, there was a slight increase in positive sentiment, but that took a downward trend in mid- April when cases saw a sudden spike. However, ADA has noted an increase in positive sentiment in Singapore due to the recent General Elections announcement.

What this means for brands: When tying back content to Covid-19, remember to tread carefully. While brands are playing it safe, there are still opportunities to serve and engage audiences by balancing optimism and sensitivity in your messaging. Do not be afraid to experiment and test what works and what does not, but always use data as a sensitivity check to inform your content. These are ‘unprecedented’ times, so some level of unprecedented should be expected.

ADA data suggests that there is an increase in all types of social media channels across the region. Twitter appears to be the most popular social media channel during this period in all countries, largely due to the quick news updates available on this channel. YouTube seems to be the channel with the lowest activity during this time, as the channel is mainly used to consume user-generated videos, which have become harder to produce with social isolation and social distancing measures still in place.

What this means for brands: Analyze where people are at during this stay-home period. While media type is one aspect, look at their behaviors online. For instance, what people are doing on Twitter can give you a good sense of whether your Did-You-Know 2-minute video can be better formatted as a simple poll post to increase engagement.

Overall, ADA has observed a decrease in videos created before and after the region was hit by the impact of the pandemic. In all countries, production of light-hearted content, such as comedy, romance, films, and sports, has reduced. On the other hand, viewership of content around learning and information, such as conferences, talks, home improvement, and news, have seen an increase.

In some countries like Singapore and Cambodia, there is also a spike in gaming content, as well as music streaming on platforms like YouTube, likely due to the increase in work-from-home measures set in place.

What this means for brands: Expand and experiment. If your brand generally produces light-hearted content, but your consumer base is increasingly looking at upskilling or educational pieces, be creative and steer towards that direction. You never know what a good fit might be.

Brands should always look into the data, do not just stick to the same old way of creating content. Be mindful of the current situation, which keeps on changing and be ready to quickly adapt your content to fit your consumer. For me personally, these unprecedented times can be exciting for a marketer as we are required to be agile enough to overcome challenges many have never faced before in their lifetime. So, don’t be afraid to go out there and try new things, but always lean into the data and let the consumer’s behavior guide you on what to do, not the other way around.

By Anurag Gupta, Chief of Agency and Chief Operating Office at ADA