VR and AR on the cusp of success 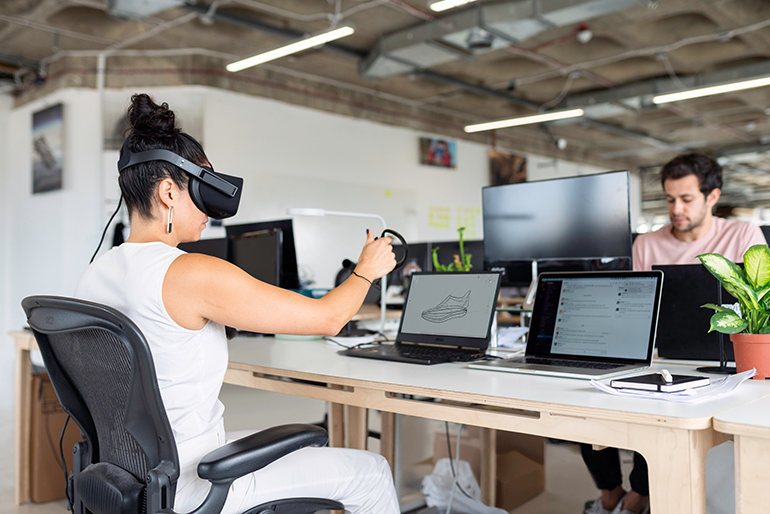 Virtual Reality (VR) and Augmented Reality (AR) are promising technologies that manage to provide marketers with new opportunities of delivering good content to their target groups.

However, they start into the race with unequal conditions: VR gives the viewer a realistic experience that immerses him completely in a virtual world. This requires special hardware, such as VR glasses, that run 360-degree videos or simulations like in a video game. AR is less complex because the underlying technology enriches reality in layers with virtual information that is fitting into the real picture. This includes navigation aids or markings that are displayed via data glasses or head-up displays (HUDs).

Thanks to Pokémon GO, consumers are already familiar with AR technology, as well as with camera filters in smartphones or Snapchat lenses that let dinosaurs run through the image or put animal ears on heads. The fact that AR can also be used without additional technical devices gives it a head start in its distribution. For example, Facebook, Instagram, and Snapchat already use AR as standard, and the Apple Maps app contains more and more AR maps for buildings such as airports or shopping centers. The beauty brand Estée Lauder uses AR to enable clients trying on new lipsticks - virtually. And these opportunities are just the beginning: by 2022, marketing expenses for AR content are expected to be around $ 117.4 billion; VR lags tremendously behind this number with spending of $ 33.9 million worldwide.

So far, VR has only offered a convincing experience with a special headset, which is the crux of the matter. The corresponding devices from well-known manufacturers such as Samsung, Sony or Oculus Rift are already on the market, but cost up to USD 800. As soon as 5G mobile networks are established, mobile VR experiences will probably increase, but until then AR has enough time to expand its lead.

Even if there were suddenly enough affordable VR hardware, those responsible would face the next problem of providing exciting content. Aside from 360-degree videos or pictures on Facebook, there is barely any VR content so far, but there are at least promising initiatives. In fact, the content vacuum that currently still exist, could even be a great opportunity for marketing professionals. Those who manage to offer outstanding VR content can attract global attention early and win over fans in the same way as the first viral videos at the beginning of the video content era.

In the movie "Ready Player One”, for instance, gamers no longer play with a console, but are completely immersed in an artificial virtual world thanks to data glasses and a treadmill-like device. It will still take a while until the real world is ready for that, but hardly anyone doubts that it will happen. Both virtual and augmented reality technologies continued to develop, and numerous companies are currently examining possible applications in various areas. Most of them have been open to these new technologies since Pokémon GO's triumph and you can expect the hype to continue earlier or later, especially when technological developments making it possible to blur the boundaries between VR and AR. Future generations of hardware will either allow full VR experience or real images enriched with data.

This development should be particularly exciting for marketers, because experts are anticipating new AR devices that will replace smartphones in the future. The winners will then be those who have already build reach systematically with appropriate content. In the short term, AR is the safest choice, even if the breakthrough for VR is only a matter of time and falling hardware prices.