Unengaged, unmotivated, uninspired: Do these three words describe your workforce? 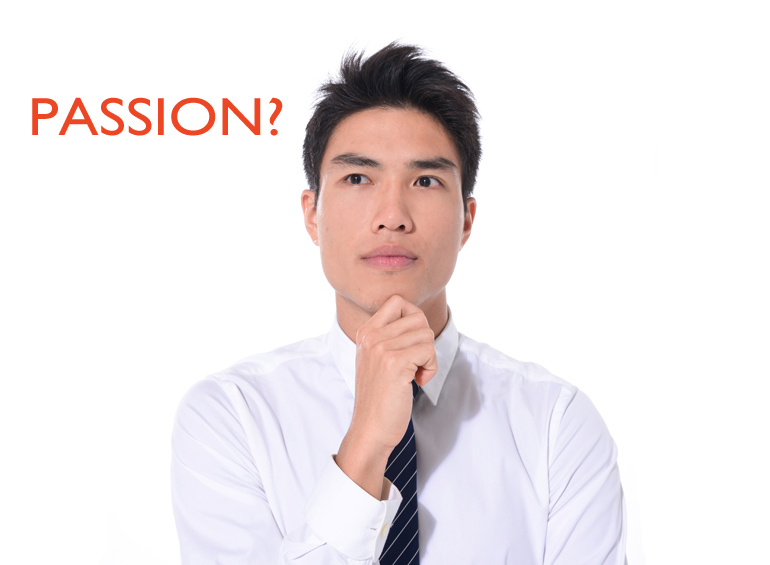 Research suggests that 87 percent of America’s workforce fails to reach its full potential. Why? It’s simple – they lack passion for their work. Studies are suggesting most of the business world does not take passion seriously enough.

And yet, were it not for passion, Thomas Edison may have quit at experiment #8999 – one exercise short of the invention that went on to change the course of human history. Colonel Sanders would have thrown his secret chicken recipe in the dustbin after his 1009th attempt to sell it. Walt Disney would have believed he “lacked imagination” and never gone on to show dreams really can come true (with a $30 billion annual bonus attached).

In today’s rapidly changing business environment we need people who are not primarily motivated by the temporary ‘bumps’ that the 13th check or engagement initiative provide. We need self-motivated workers who embrace change as challenge and commit to improve their own professional areas of learning and application.

On the shifting landscapes of today’s economy, passion may be more than just a catalyst for increased job performance; it may be the anchor as well.

Engagement alone won’t do it

Passion is not the same thing as engagement. Engagement assesses employees’ emotional commitment to the work – are they generally happy for Monday morning to come? Do they see the company mission as their own? Do they feel disrespected when the manager forgets to say thank you?

Gallup and other internationally renowned surveys prove the obvious benefits of engagement, ranging from higher profitability and customer ratings to lower absenteeism. But engagement alone will not keep the plates indefinitely spinning. Passion, on the other hand, will.

A popular report states, “While employee engagement was sufficient in a world of predictability that was designed to optimise scalable efficiency, engagement will be insufficient in a world of unpredictability, constant change, and disruption.” The future corner advantage goes to businesses that invest in risk takers and self-driven learners who expand beyond their job descriptions, often to rewrite the job entirely. Their commitment to excel builds resilience, so that when disruption knocks on a company’s door, its workforce is already well acquainted.

Sadly, 87% of America’s workforce is falling short of its potential because these workers lack the passion to pioneer and innovate. And companies are certainly not making it any easier, with CEOs and top managers incentivised to manage shareholders’ expectation more than run the actual company and invest in their own people (an idea former General Electric CEO Jack Welsh has incidentally termed ‘the dumbest idea in the world’.)

Greater attention should be given to passion and overall disposition than to mere technical skills and academic credentials. So how can organisations re-shape and re-think their environments to secure the talent they so desperately need? Firstly, they need to redefine whom they’re looking for. While trends and innovations come and go, the one indispensable attribute of the work world is disposition. Against the backdrop of vastly depreciating technologies, human talent thankfully stays appreciative.

Moving away from CV superficialities to questions like ‘What world crisis keeps you up at night?’ in the interview process can filter out the passionate. Broadening hiring criteria to include a passion for art, as an example, encourages cultures of integrated engineering and design.

In addition to recruitment, organisations need to learn how to tap and amplify passion from within their ranks. Business leaders need to ask the hard questions like: Does the organisational culture punish or reward failure? Do current systems foster or hinder collaboration? Is it lip service or actual opportunities that employees are given to impact their domain? As companies make the adjustments to foster fresh passion and motivation, they will redefine their workforce and lock down solid sustained performance in increasingly tumultuous times.

Tony Robbins says, “It’s not the lack of resources, it’s your lack of resourcefulness that stops you.” Passion is an unstoppable force that tips problems over to solutions. It operates on the assumption that challenge is the breeding ground for betterment and failure makes you stronger.

And when the resources are not there, it will simply redefine the resources and carry on. Unlike the economy of immediate gratification in which we operate, passion cannot be franchised or fast-tracked. It’s bred over time in failure and grit and daily grind. And the companies who do more than tip their hat to it will reap the rewards in time.