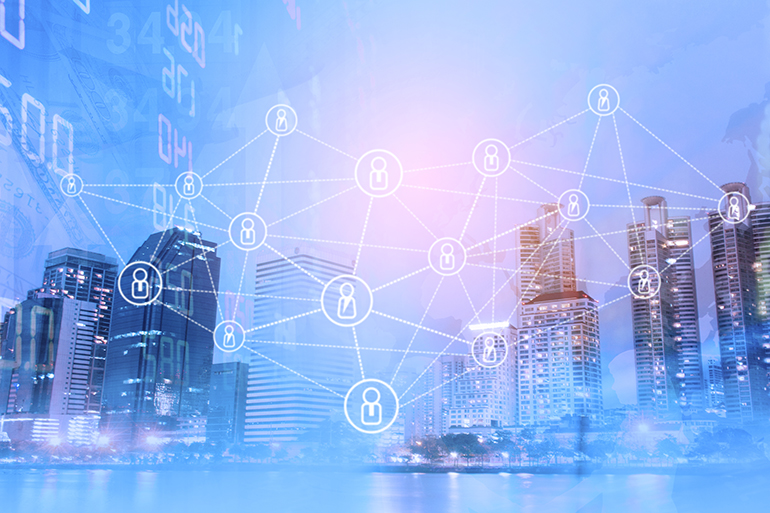 A breakthrough in the development of quantum-enhanced optical systems could pave the way for advances in encryption, communication and measurement, scientists say.

In a new paper published in the journal Science Advances, a group of researchers, led by Matteo Clerici at the University of Glasgow’s James Watt School of Engineering and colleagues from the UK, Japan and Germany, demonstrates a new method of generating and detecting quantum-entangled photons at a wavelength of 2.1 micrometers.

The unique, non-classical properties of entangled photons are used in applications including quantum key distribution, which makes uncrackable communications between two parties possible.

Methods of entangling photons at shorter wavelengths of between 700 and 1550 nanometers are already well-established. However, those wavelengths are vulnerable to interference from the sun’s light when they are transmitted over open air, making them difficult to use in applications such as secure satellite-to-ground and satellite-to-satellite communications.

The Glasgow-led team’s new method of generating entangled photons further into the infrared at two micrometers wavelength could help overcome these problems for the first time.

Dr Matteo Clerici, Senior Lecturer at the University of Glasgow, said: “What we have been able to do for the first time is carve out a band in the electromagnetic spectrum where the entangled particles we produce are less likely to be affected by background solar radiation when they’re transmitted across free space.

“There is what we call a ‘transparency window’ in the atmosphere where there aren’t many gases which can absorb light at a wavelength of two micrometers. Also, the sunlight is much less overwhelming in this region – it’s one-third the brightness that it has at standard telecommunication wavelengths around 1550 nm, for example.

“That’s thus far been one of the key stumbling blocks to advancing daylight quantum key distribution in free space - if the wavelength that your photon detector is sensitive to is too close to the wavelength of the photons that are coming towards it from the sun, your detector can easily be blinded.”

This breakthrough has benefited from the cutting-edge expertise of UK photonics companies. In partnership with Covesion Ltd, Dr Clerici and his team have engineered a nonlinear crystal made from lithium niobite, suitable for operating at 2.1 micrometers. The entangled photon pairs are generated when short pulses of light from a laser source, provided for this research by Chromacity Ltd, pass through the crystal.

The entangled photons, which have half the energy of their parent photon, and which are perfectly correlated in polarization, are then sent towards a specially designed superconducting nanowire single-photon detector.

Dr Adetunmise Dada, Research Associate at the University of Glasgow, added: “Along with our collaborators in academia and industry, we’ve found a way to reliably create high-quality paired photons at a new wavelength, making them well-suited to use in quantum communications. Our next step is to take our system out of the lab and start to test it under realistic outdoor conditions. It’s an exciting stage to be at and we’re looking forward to seeing where we can take it from here.”

Andy Vick, Head of Disruptive Space Technologies at UK’s RAL Space and not involved in the research, commented: “Commercial quantum key distribution systems will need to operate in cloudy environments and during the day as well as the night. Longer wavelength photon counting systems are the vital technology required to enable this, and so the breakthrough reported by our colleagues in Glasgow will underpin commercially viable QKD applications.”

The paper, titled ‘Two-photon Quantum Interference and Entanglement at 2.1 μm’, is published in Science Advances. Researchers from the University of Glasgow collaborated with colleagues from the Universities of Southampton and Strathclyde in the UK, Kobe University and the National Institute of Information and Communications in Japan, Leibniz University Hannover in Germany, Covesion Ltd and Chromacity Ltd.