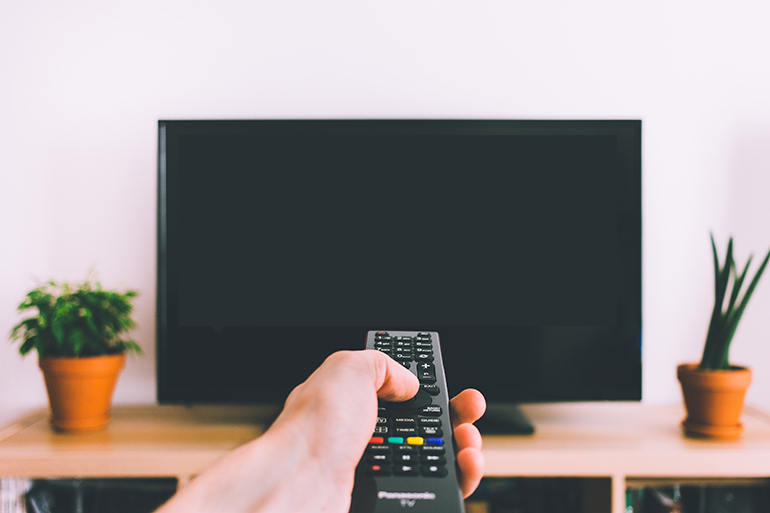 From the live black-and-white broadcast of Neil Armstrong’s first step on the Moon to the World Cup Final in ultra-high definition, television has stood the test of time often co-opting inventions that threatened disruption such as VHS, cable networks and the Internet.

Yet despite its enduring dominance, television’s viability is at a critical juncture due to the rise of Over-the-Top (OTT) video platforms, which stream content directly to audiences via the public Internet.

Last year, OTT streaming services such as Netflix and Amazon Prime overtook pay TV subscriptions in the U.K. for the first time, with average daily broadcast TV viewership continuing its decline, down 38 minutes since 2012.

In the present era where audience expectations continue to evolve, traditional television as we know it faces severe challenges unless it reinvents itself…once again.

While the television has grown to become a mainstay in most households around the world, its reign in the living room is being challenged by the evolution of content, business models, networks and devices that are forcing traditional television players to reexamine their role in the modern household.

One key trend is the ubiquity of high-speed internet, as well as the rise of OTT and mobile video platforms which are fundamentally changing the way people watch. This has had profound impacts on audience viewing and spending habits.

Compared to the traditional pay TV model that offers a bundle of channels at a relatively high price for long commitment periods, online and mobile audiences enjoy the freedom to pick and choose from a variety of services often at low-to-no cost with availability across multiple devices.

While television broadcasters have been quick to adopt OTT and other video-on-demand (VOD) models, many have struggled to compete effectively against the native digital video platforms. The most successful broadcasters are using online and mobile television to amplify their traditional offerings and to cater to the evolving demands of audiences and advertisers. For example, by offering previous seasons of a series online in the lead up to the start of the new season on broadcast TV, while offering targeted, cross-platform advertising campaigns across broadcast, OTT, and mobile for a single buy.

Remaining competitive in today’s landscape demands more than just the newest technologies or the best content, but a strategy that addresses the varying demands of audiences around the World and across all age demographics.

For broadcasters, AI can help automate existing workflows driving down operating expenses while enabling innovation and efficiencies in audience insight, content recommendation and predictive analytics. Though still in its infancy, we are already seeing it at work with content recommendations, ad targeting, automatic captioning and subtitling, scheduling and even AI newscasters.

While these evolving technologies provide interesting possibilities for traditional television, it is crucial that broadcasters themselves augment their offerings by ensuring the quality of the viewing experience is maintained across online and mobile devices, focusing on the content which is critical to their audiences, and working with partners to address gaps in the content and service proposition.

With Disney+, Disney’s direct-to-consumer streaming service, set to enter the market later this year traditional television players will need to consider their competitive positioning. Picking your battles and leveraging deep understanding of the viewing needs and habits of local audiences will be critical to surviving in an increasingly competitive OTT landscape, which we expect will drive the consolidation, or exit, of smaller players.

Amidst these new technologies, industry changes and evolution of audience tastes, television at its core must retain focus on the critical factor: making shows which people want to watch. The allure of good content – whether premium dramas, live sports, relevant local news – will always be the principle driver for audiences. Traditional television players have survived many threats in the past by maintaining this focus and co-opting the best of the technology innovations, and it must evolve and adapt once more in response to perhaps the most robust set of challenges it has ever faced.

For more on how television broadcasters, Pay-TV and OTT players can navigate a digital-first age, and what future audiences will be like, join Ed Barton at ConnecTechAsia2019 Summit, Day 2, 19 June at Suntec Singapore. He will speak on ‘The Evolution of TV, Media and Entertainment’ and will join fellow panelists in the panel titled ‘Digital-First Dialogue: Reinventing Television’s Ambition for the Modern Age’ on the same day.