The “Internet of Everything” gathers momentum 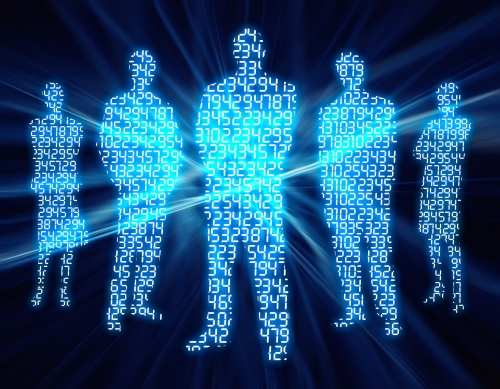 Consumers' expectations for a connected life are expanding beyond the world of PCs and mobile gadgets to include a wide range of smart home and smart automotive devices. New research conducted on behalf of Wi-Fi Alliance® demonstrates that consumers are ready to embrace a range of connected applications such as home security, smart energy, and in-vehicle infotainment. However, ease of use and integration with existing home networks top the list of concerns as consumers gradually step into the "Internet of Everything" era.

Smart devices - electronics that connect to other devices or networks, operating interactively and somewhat autonomously – are seeing a surge in consumer interest. Among the survey respondents, 75% believe all homes will eventually be equipped with smart technology. Ninety-three percent of the respondents agreed that controlling the home remotely will have a positive impact on the quality of their daily lives. Home security systems, lighting, thermostats, cars, irrigation systems, personal health devices and appliances topped the list of areas for which 25% or more of respondents stated that Wi-Fi® connectivity would be a useful feature.

This growing interest comes with a few caveats. Eighty-four percent of consumers cite concerns about integrating smart technologies into their homes - ease of use and compatibility chief among them. A key finding of the study is that consumers want to integrate all their smart devices and appliances in a single home network. Ninety-one percent of consumers are more likely to purchase smart products if they are able to synchronize everything with their existing Wi-Fi network. More than half of respondents already have Wi-Fi enabled household items such as appliances, thermostats or lighting systems. 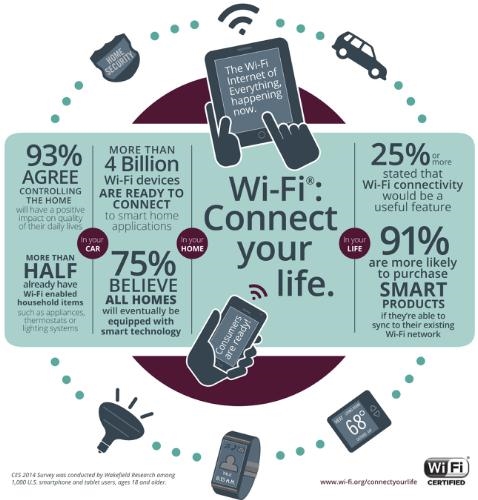 "There is no question that Wi-Fi will be a major connection for smart home and automotive applications," said Phil Solis, Research Director, ABI Research. "Wi-Fi has a massive installed base of more than four billion products and is expected to surpass ten billion in 2018, and a legacy of interoperability which will ensure it will play a strong role in the Internet of Everything."

Wi-Fi's massive installed base enables consumers to leverage smartphones and tablets to gradually integrate, interact with, and control smart devices at home and when away. Wi-Fi can elegantly handle intermittent transmission of very small amounts of data to high-definition multimedia, enabling a range of connectivity for home automation, wearable technologies, personal health devices and telematics.

"The Wi-Fi industry has sold more than one device for every person on Earth and we are building on this massive adoption to deliver on the vision of the smart home," said Edgar Figueroa, president and CEO of Wi-Fi Alliance. "Wi-Fi has already given consumers connectivity they never imagined, and our innovations in ease of use, discovery, and power are putting Wi-Fi at the very core of the Internet of Everything."

For more information on the role Wi-Fi plays in the evolution of the Internet of Everything, download the Wi-Fi Alliance white paper here: www.wi-fi.org/connectyourlife.