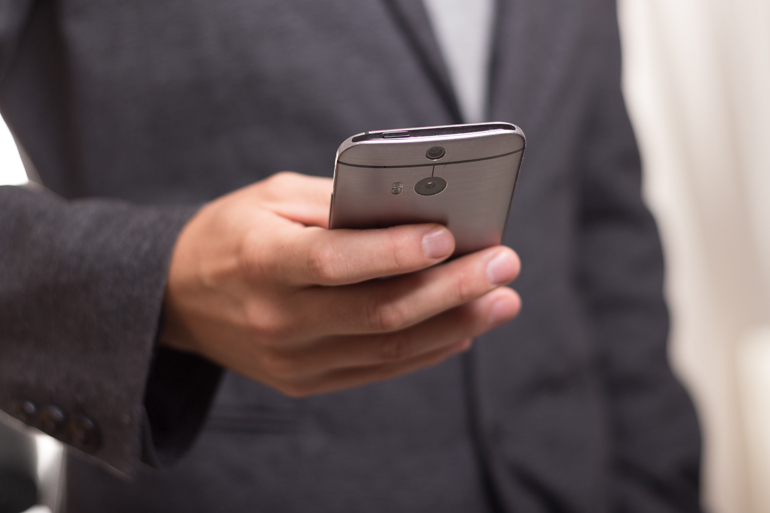 The growth of the mobile app economy has been phenomenal since its inception in 2008. In just two years, “app” became Word of the Year, and later on, fodder for Hollywood movies - such as The Angry Birds Movie, based on the (then) ubiquitous gaming app.

Undoubtedly, apps are intertwined with our everyday lives. In fact, in 2017, consumers spent a total of nearly 1.5 months of their year purely in apps on average, according to App Annie’s Retrospective 2017 report. In Singapore, the average person spent a staggering 3.5 hours per day in apps. Needless to say, for businesses, there isn’t a medium that is as direct, as personal or as omni-present, to allow you to meet your customer whenever and wherever they need you.

Naturally, terminologies such as monthly active users (MAU), daily active users (DAU) and app store optimization (ASO) are starting to flood reports and articles. Daunting? Perhaps. But thanks to App Annie, one of the industry’s leading app analytics provider, here are five ways you can cut through these maze of metrics to derive a clear business strategy.

Usage - the new indicator of success

While the number of app downloads is critical in the infant stage of an app’s lifecycle, it is the sustained and high usage levels of an app that truly mark an app’s success. Downloads merely measure an app’s potential breadth and reach, but usage indicates the level of activity. Usage is therefore key in allowing businesses to tap into consumer behavioural patterns and optimise time spent in-app.

For instance, while Pokemon GO ranked out of the top 10 most downloaded games in Singapore in 2017, it was nevertheless the top gaming app in Singapore by Monthly Active Users (MAU) - a sign of sustained user engagement, long after its launch in August 2016. Therefore, effectively proving what truly matters is what the user does with the app after downloading it.

Though the MAU of an app is useful in judging an app’s growth over time, MAU in itself is not enough in assessing apps that deliver value which is realized more frequently -- on a weekly and daily basis. Measurement on a more frequent basis is key, especially for verticals such as transport, where apps are used on an everyday basis.

This is where Weekly Active Users (WAU) and Daily Active Users (DAU) come into play. DAU is an especially important metric to track for social, communications, utility, photo/video, entertainment and news apps, while WAU is a better indicator of engagement and reach for shopping, finance, quick-serve restaurants, productivity and transportation apps, given a comparatively greater frequency in usage.

Humans are creatures of habit. Incorporating an app into a user’s digital habits would thus naturally increase the frequency of usage of that app. The frequency of app use can be derived from sessions per user, typically highest for social and communications apps. In 2017, for instance, social media apps dominated the top 10 MAU rankings in Singapore.

Sessions per user is also useful in indicating customer satisfaction and revenue growth in many other verticals, such as quick-serve restaurants, finance and banking, ride-sharing and shopping.

In addition, time spent per user is another pivotal indicator for apps that seek to deliver an immersive experience to users, such as entertainment and video, education, media and even shopping. Essentially, the longer a user stays in-app, the greater the likelihood of them making a purchase.

One of the biggest fallacies prevalent in the app space - especially among companies who are not mobile first - is the belief that download numbers is the all-encompassing metric to consider in an app strategy. Retention is a critical metric to take into account, as well. With the app economy more saturated today than it has ever been, users are likely to delete the apps if their user experience isn’t instantly satisfying, and move on to the next available app.

App Store Optimization (ASO) - Stand out from the crowd

ASO refers to the process of improving the visibility of a mobile app in an app store. With approximately 2 million iOS App Store apps and 2.5 million Google Play Store apps, finding inventive ways make an app distinct, benefits the long-term health of an app. Using the right keywords is essential in configuring and evolving a sound app store optimization (ASO) strategy.

Case in point: the search volume for “Black Friday” increased 115%, at the time of the sale, in November 2017. Simultaneously, difficulty ranking for that keyword also grew 185% in that period, which indicates that many apps were trying to capitalize on that keyword. As such, apps need to double-down on their ASO efforts as well as paid app store search ads to stay competitive, especially during peak periods.

With the total time spent in mobile apps projected to exceed 3.5 trillion hours in 2021, we are highly likely to see app metrics increasingly cited as indicators of business growth and success, rather than superficial download numbers. Virtually every industry has been disrupted by the rise of the mobile app. It is therefore essential that business leaders and investors understand how these metrics can be applied to your digital and mobile strategy as tools to effectively connect you with your customers and enable your business to thrive in this ever-changing world.

Jaede drives business development and sales efforts for App Annie across Australasia, India and Southeast Asia. He is an expert on the key role App Annie data plays in strategic decision making, especially for companies looking to grow in the fast-moving industry of mobile apps.