When I grow up, I want to be a sense maker 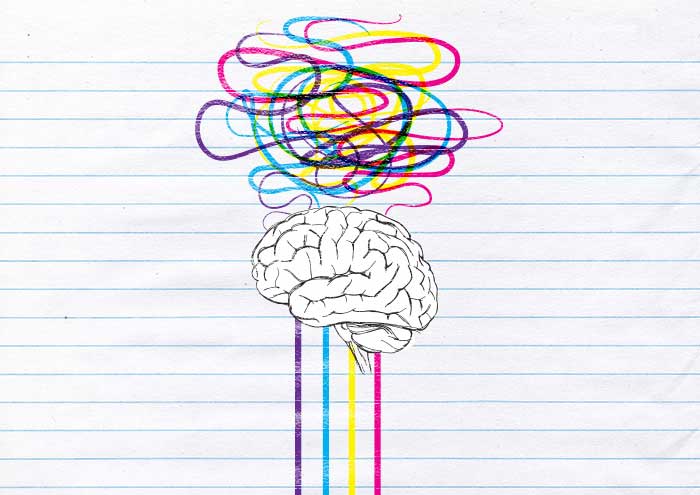 Ask a five-year-old what they want to be when they grow up. Chances are: ‘machine learning specialist’ will not rise to the top of the list. For decades, our show and tells have been catwalks for classic capitalism, where mini pilots and policemen strut their oversized uniforms for kindergarten audiences. We’re very comfortable with our kids wanting a career as a doctor or a lawyer when they grow up; we may even entertain the idea of builder or architect for some years. But, at the end of the day, when varsity fees are all paid up, we’re still pulling our old-school paradigms, like a hood, over our eyes and expecting our kids to have the same jobs that we’ve had.

Here’s some news for you, Mom and Dad. Little Joanne may have to change her career path.

The digital age is accelerating at a magnificent rate and rewriting business as we know it. It’s not hard to be daunted by it all ‒ especially if your job is all about replicating a task at hand. Somewhere in a back room in Hyderabad, we’ve all been warned, hundreds of over-caffeinated techies are working around the clock to empower technology to outwit, and eventually replace, our human faculties.

Going, going, almost gone are the jobs we esteemed the stuff of heroes. But, if robots will soon be putting out fires and transplanting hearts better than people, we’ve got to ask what on earth should we be doing? If being a hero is about helping others, who will be the future’s new heroes?

Sense makers are the problem solvers of the business world‒ the creatives and critics who are not afraid to try and fail at offering brave new solutions. They could be artists, consultants, design thinkers ‒ builders of our digital world.

Sense makers are loaded with filters to sift through the ever-increasing volume of information so that a story, deeply human, keeps rising to the fore.

More than just getting a job, our message needs to be what do you think and how will you make sense of it all?

The ability to listen and engage, to mobilize a common vision, and to springboard instinct into action is deeply intuitive and deeply human. That’s because it’s not so much about mastering tech as it is about working with people. And, according to McKinsey in their 2016 Quarterly Report, these are the kind of jobs that won’t go out of style, even when the robots come to town. Activities that involve managing and developing people make up the lowest category of vulnerability (at 9% automation potential), while knowledge work that involves decision making, planning, or creativity comes in at 18%. This kind of creative work could be anything from project consulting to dreaming up menus for the new vegan restaurant in town.

So, although computers win out when it comes to executing very well-defined activities, the fact is humans are still better at being human. They drive original processes with perceptivity, intuition and occasional bursts of genius. The power of the human imagination is still a force to be reckoned with, because it synthesizes simultaneous and highly complex levels of human processing into one neurological response. Emotion, reason and adaptability, instinct and discernment, have a role to play in influencing extraordinarily unique outcomes in ways that computers still fail to do.

“Don’t believe the hype,” says Forrester Consulting, in their 2016 report on The Future of White-Collar Work: Sharing Your Cubicle with Robots, “Google AlphaGo’s gaming successes and IBM Watson will not usher in a dystopian triumph of machines over humans.” Instead, they suggest, it will be more a case of kumbaya between man and machine. Although the report predicts 16% of US jobs will be replaced, it also says we’re going to invent 9% new jobs to make sense of all these new digital tools.

In fact, by 2025, a batch of 8.9 million new jobs is predicted to be served up in the US alone: jobs like data scientists, automation specialists, and content curators. Consultants will especially be needed to unpack this new paradigm and bridge digital divides in the workplace: such a pivotal role that consultancy is expected to grow 10% by 2025.

The power of human connections

While computer programming may become a bad career choice for the future (should a joint initiative between Microsoft and Cambridge University successfully manage to teach computers how to write their own code), there is good news for the sense makers amongst them. Knowing which robot to use, which digital platform to apply among the many will be critical as technology sophisticates. Or knowing which drone and which spatial data technology to choose among the breathtaking range of digital recreations.

No longer in the back rooms, consultants, project managers, and even artists will be needed to blend the machine coded elements on the master canvas to solve the client’s problem logically and in a way that ‘feels right’.

Expert advisory isn’t just about mastering the technology; it’s about being able to eyeball your clients, ask questions, understand their needs and build trust over time. Who knows? Maybe in time robots will give Dr. Phil a run for his money. But for now, we can breathe a sigh of relief. Those who master a mix of problem solving, emotional intelligence and creativity will stay in the game.

As opposed to 6-figure stability, agility is now the coveted mark of a successful leader. Tomorrow’s story will be steered by those who are willing to see the gaps. It’s time we open up our show and tell catwalks and strut some deep learning.