Is smart tech making us dumb? 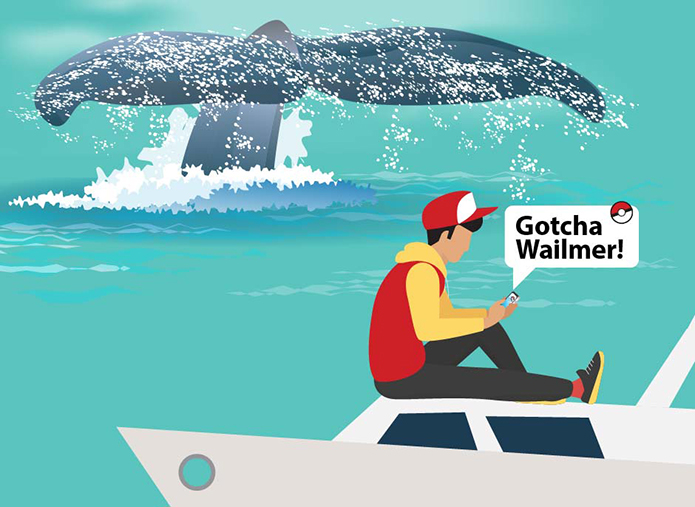 A giant humpback whale breaching the waves right in front of you is a magnificent sight – a once in a lifetime experience. Photographer Eric Smith recently captured such a sighting on camera, but it went viral for all the wrong reasons: as those aboard looked on in wonder, a man was flicking through Facebook on his mobile phone and missed the entire thing. The photographer told CBS News that a whale and her calf were “flapping, breaching, jumping, mouths eating fish,” but the man never budged. He has five photographs of the man who was busy with his phone as the whales danced around the surface of the boat. The caption below the picture on multiple sites reads: “A sign of the times?”

Similarly, Microsoft recently pitted a goldfish against a millennial in a proverbial ‘stare-down’ – a game of who can focus longer? The goldfish won. Studies link the goldfish’s victory (and our increasing distraction) to our growing dependence on disruptive technologies that bombard our thought processes and demand our attention. Is it true that smarter technology is making us all dumber – and if it is – should we be worried? Is there a need for businesses to do something about it? What would happen if we invested the time technology saves us more wisely?

Daniel Kahneman’s seminal book, ‘Thinking, Fast and Slow’, contains the central thesis that there are two modes of thought: ‘System 1’ is fast, instinctive and emotional; ‘System 2’ is slower, more deliberative and more logical. Difficulties arise when we try to solve large, complex problems using fast ‘System 1’ thinking. When ‘System 2’ thinking is deliberately put in to action, with the brain given enough time to allow it to percolate, great things can be achieved. In fact, many of the smart technologies that stand accused of dumbing down a generation would have been designed using ‘System 2’ thinking.

What if the time we gain from new technologies could be put to good use in pursuit of slower thinking? In future, the organizations that embrace a two-speed work environment will be the ones that thrive. They will save time by utilizing the most relevant and up-to-date digital technologies, many of which will then be operated using more automatic, faster ‘System 1’ thinking. But rather than instinctively using these time savings to cut costs, forward-thinking companies will reinvest this money back into the processes that require slower, ‘System 2’ thinking.

Companies that follow a Design Thinking approach already work in this considered way. They appreciate the long-term value that’s derived from seeking to solve design problems through thoughtful, human-conscious methods. They harness the best of both the digital and human worlds by respecting the output from each. 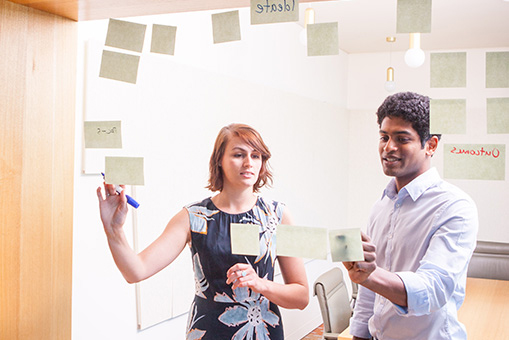 More complicated than it sounds

But this is more complicated than it sounds and requires us to stay in the problem longer. We all have a propensity to jump to a solution as quickly as possible. It’s uncomfortable staying perplexed. We have been programmed to believe that time is money, hence a quick project (or quick answer) is a good project. The boom of yesteryear saw us all put our faith in getting things done quickly, quickly, quickly, yet in today’s environment we find ourselves face to face with some really complex problems which have too many moving parts. Quick thought doesn’t allow one to consider all of the issues and to truly understand the problem. “Move fast” and “Agility” have become the new business mantras, yet Einstein famously said: “It’s not that I am so smart, it’s just that I stay with problems longer…”

In a world where volatility is the new norm, thinking deeply enough and long enough will allow us to come up with something truly differentiated.

Google X, the software giant’s secret “moonshot” lab, where they seek to create world-changing ideas, promotes this type of ‘System 2’ thinking. The company culture encourages its workers to chat, be curious and creative. Google glasses and self-driving cars would never have generated enough oxygen to leave the incubator if they had based their innovative design approach on speedy ‘System 1’ thinking.

In navigating our digital future and mulling over how best to help staff and customers win the proverbial ‘stare-downs’ in the years ahead, there is a desperate need for slower, more deliberate thinking through some of the most complex problems the world has ever faced.

Reinvesting the time technology saves us into ‘System 2’ thinking could be the elixir that helps smart companies move ahead in the innovation race and turn a sign of the times into business advantage. Who knows – they may even be able to re-invent the goldfish bowl altogether.