Do morals matter in the digital age? 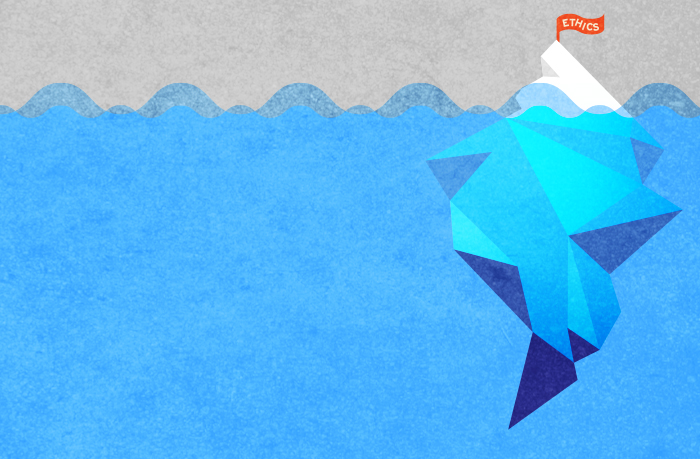 Both greed and morality have been poured into the foundations of capitalism’s highways, but it is greed that has eaten away at the roadside. The same voracity that once paved the birthplace of empires can later leave them coughing and choking in their own dust; empires rise and empires fall from the insatiable human appetite for more.

Look no further than 2001’s Enron scandal – a stunning example of ethical transgression and financial immorality of unprecedented levels against their employees and clients alike. Their downfall also reinforced a good thing: the corporate playground still has rules. Thankfully, lawmakers, regulators and legislature have been the referee up until now; when they blow the whistle, people listen. Over hundreds of years, common and legislative laws have been honed, perfected and applied to the understood principles and modus operandi governing a capitalist society. Now, however, the rules of engagement are changing. The furious pace of technology is transforming the business landscape at unprecedented rates, and captains of industry are incontrovertibly entering unchartered waters where our lawmakers are slow to catch up. In our new digital economy, are we heading off the grid on matters of legal precedence and ethical objectivity? What happens when we gain ‘first mover advantage’, capturing a corner of a new emergent market in disruption, but there are no rules to guide us through the choppy moral waters of commercial benefit? How do we ensure that free-market capitalism in the digital age remains morally in-check when we currently lack the navigation chart?

Modern-day scholar and Harvard professor, Michael Porter, proposes the concept of shared value as an imperative tool to steer us through the future competitive frontier. Digital infrastructure has produced work environments that cheerlead multidisciplinary, cross-sectional collaboration. Similarly, this sense of interconnectedness leaks into the social landscape, promoting a sense of corporate social responsibility and engagement. Corporate leaders are increasingly acknowledging the fact that what’s good for their stakeholders is ultimately good for them too.

Social problems present both considerable constraints and immense opportunities for growth. And so, by pulling back the lens to include the multi-layered dynamics that steadily contribute to the bottom-line crunch, big business is beginning to question former processes of productivity. Sizable companies are starting to move away from an exploitive bulldozing technique to a more inclusive, long-term approach that fulfils both parties’ interests. Invariably as they seek value-based solutions for their own company, there is a spin-off effect on shareholders. The result: mutual edification and an obvious win for both sides.

“Leaders of companies that are making significant progress in building large-scale social enterprises consider solving major social problems in profitable ways to be a - if not the- raison d’être,” says Marc Pfitzer and Valerie Bockstette, writers for the Harvard Business Review, on the matter. Paramount to the process of creating shared value is embedding a sense of social mission into corporate culture and then backing it up with quantifiable and articulated action.

Sustainable and effective partnerships hang on the need for across-the-board ownership of the vision. That’s why Nestlé’s chairman, Peter Brabeck-Letmathe, relentlessly hammered away for over two decades on the inextricable link between the company’s long-term progress and the health of their food source agricultural communities, water resources and consumers. As of today, country managers are expected to deliver progress on these peripheral factors in their yearly business plan, alongside the profitability reports to Nestlé shareholders.

Although rule books for measuring shared value are still far off, there are profound success stories to offer road maps along the way. Coca-Cola’s Coletivo initiative to uplift employability amongst Brazilian youth, whilst strengthening company sales and brand awareness, is a stunning example of joint interests served and mutual benefit gained. Since its inception, more than 50,000 young people have been trained in retailing, business operations and entrepreneurship in over 150 under-privileged communities of Brazil.

The new digital era admittedly is casting us into unmapped territory; traditional terms of engagement and former ethical definitions may not be enough to navigate us through the chop. But by gleaning from the emerging paradigm, one that champions cross-pollination and flattened hierarchy structures, we can inadvertently carve out new moral paths. Perhaps it’s what Sir Isaac Newton was saying after all in his second law of dynamics: “to every action there is an equal and opposite reaction” – or, in other words, “there is a wake we leave behind in all we do”. What’s best for going forward is ensuring we know what we’re leaving behind.

This glimpse of the future was crafted by Will Hackney and has been published first on Aurecon’s Just Imagine blog.