Not ticking anyone off? Then you just aren’t trying hard enough! 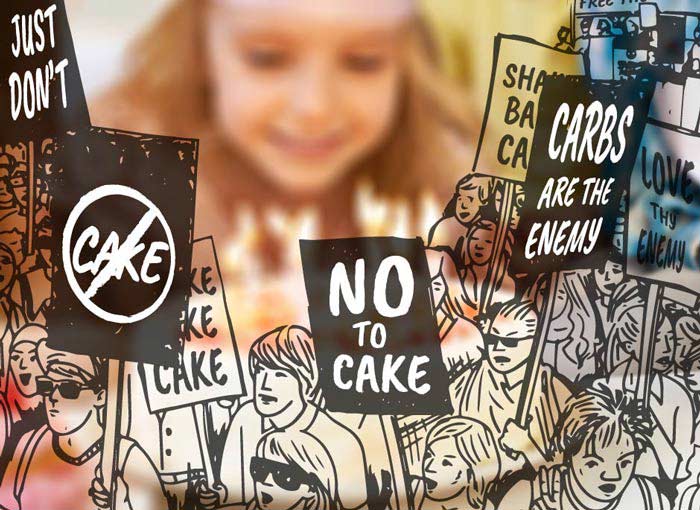 When was the last time you really offended someone at work? If you are a leader and your answer was ‘never’, you may want to rethink your job title. After all, American statesman and retired four-star general in the US Army Colin Powell had a point when he said, “being responsible sometimes means pissing people off.”

Of course, we’re not saying that if you’re a jerk, you’ll do great things. Quite the contrary. But we are suggesting the flip side of that equation – that if you’re never willing to make unpopular choices, there is the possibility you won’t do anything transformative in your career. Because let’s face it, most meaningful achievements probably required a fight to get there.

The mark of a visionary leader is someone who’s not swayed off track when thumbs-up go swiftly south. Trying to remain popular can all too often stand in the way of being effective. If you want to leave a legacy, you have to be willing to take the heat. Otherwise, you’ll never shape anything that can outlast the fads. It’s the difference between taking people where they ought to go as compared to where they believe they want to go.

The majority doesn’t have the best track record

Let’s face it, the majority is often complacent. Looking down the halls of human history, many of our finest moments were forged in spite of the crowds and status quo. If it were a matter of conformance, the world would still be flat; women would still be unable to vote; and South Africa may have started a post-apartheid civil war. Liberation movements and step changes in business may be carried out by many, but they’re almost always captained by the few. It takes a Joan of Arc and a Steve Jobs to go out swinging before others follow.

If you’re too busy trying to get everyone to like your ideas, you’ll probably end up cornering your product into a stalemate, or to the point of being impotent and ineffective. The more impact you have, the more alone you’re likely to feel, because leadership requires a consistent stride in front.

On the flip side, leadership is also the ability to take people on the journey with you, even if it wasn’t the place they thought they should go. This requires tough decisions, including confronting those who need to be confronted. Doing so will quickly differentiate your ‘supporters’ from those who are committed to a strategy and getting it done. ‘Supporters’ stand on the sidelines cheering whilst the committed ones do all of the work. Support is quicksand to organizational reform and far more insidious than dissent.

Know the conflict you’re working with

Opposition is not a bad thing. Ticking people off is to be expected, if you want to leave a compelling footprint. But when dissension knocks on your door, you need to know what kind of conflict you’re working with, and how best to tip the tension towards your greater advantage.

Within any organization, bruised egos and brittle-boned loyalties to “the way it’s always been done” are dangerous contenders. They’re loud; they’re disruptive, and you have to handle them with care. Often times, the best way to handle them is to graciously ignore the bark, since the bite is bearable, and just keep going.

But on the other hand, some conflict is your company’s secret sauce – and you’d be rewarded by paying attention to it. You need to be able to ask the question, is this particular head but a handbrake or an opportunity? If it’s the latter, use all of your EQ and resources available to transform these differences of opinion into creative tension that fuels the organization forward. A good leader understands that there actually is an “I” in team. But, at the same time, the team only works best when divergent skills and personalities are given room to operate collaboratively, in a way that works best for them.

Turn your resistance into opportunity

In his HBR article, writer and Innovations Editor Philip Auerswald writes about how even the underdog can push back the onslaught of incumbent resistance and come out on top, by making the competition the enemy and your cause the venerable hero. As Auerswald put it, “The more disruptive your innovation, the more your success needs to look like the creation of a political movement.”

Thankyou is a social enterprise that understands this concept pretty well. “We wanted to tackle a huge global problem (lack of clean water) with a huge global product, and the product to get us there was bottled water,” says Daniel Flynn, its co-founder. “We felt the link was very important for customers: buying water and funding water, and buying food and funding food, and so on.” Ahead of a big meeting with Australian chainstore 7-Eleven, Thankyou went public and asked fans to jump onto 7-Eleven’s wall and tell them that if they stocked Thankyou water, they’d buy it. The gamble worked and Thankyou water was on 7-Eleven shelves within weeks.

But to win over the bigger retail giants with similar food and body care products would take far more daring. In their six-minute video on YouTube, they told fans that they wanted to present to Coles and Woolies. It was viewed 80,000 in two weeks. They also convinced donors to fund two helicopters to fly around Coles and Woolworths’ head offices carrying a ten thousand square foot sign which read: “Dear Coles / Woolworths, Thankyou for changing the world! (if you say yes)”. The rest, as they say, is history with the startup having raised $2.5 million to give 150,000 people access to water, and 190,000 access to hygiene and sanitation, as well as 12.1 million days’ worth of food aid in 16 countries in six and a half years.

Good leaders understand that ideas wait for no one, and when they come, it’s our job to pull them down into reality. As designer Charlie Wollberg says, “If you don’t bring that idea to life, it’ll go out and inspire someone else. Because even if people like to wait, the ideas don’t like to.”

In a constant world of disruptive overhaul, we need to sidle up to friction and get comfortable with critique. Ticking people off is not something to aim for, but it’s often a vital part of moving forward – and will help reveal who you’re moving forward with. The point is to accept that it’s going to be a part of where you’re headed. After all, if you’re not ticking anyone off – perhaps you should be!