A look back at SEO's short but eventful history 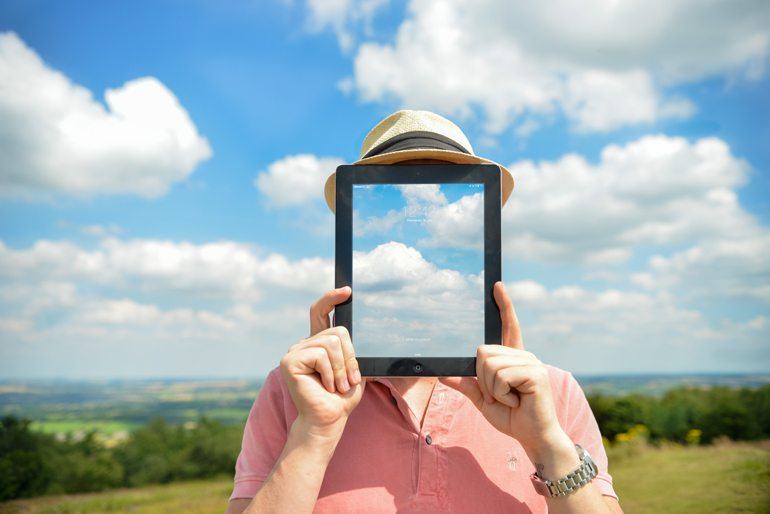 Do you understand all the hype about “digital natives” and their allegedly superior handling of technology? Well, I don’t, as it kind of implies that the older generation can’t keep up or just raises the question, if the Generation X, Y, and Z still know how it all started? Nobody dares to call famous IT business wizards, like Steve Jobs or Bill Gates (both born in 1955), “digital immigrants”, would you? Didn’t the so-called “baby boomer’ generation make it all happen in the first place?

Do you remember the birth of the search engine?

It was in 1990, when the first crawlers started to search networks and FTP directories – still offline only – and the very first of its kind was named “Archie”, coming from the McGill University in Montreal.

Only with the opening of the Internet in 1993, the first crawlers were going online. At that time, they were already dealing with the big question that still keeps SEOs busy today, namely how to manage that content can be correctly crawled and indexed.

Simultaneously Google published Pageranks (named after company founder Larry Page), which assesses the value of a web based inbound link, and search engines slowly gained in importance. Actually, Lycos could show already in 1997 around 60 million documents in its index and Microsoft tried to gain ground in search engines market in 1998 with MSN (BING today).

In 1999, Altavista made inroads and relaunched its new search algorithm. At this time, Altavista was what Google is today, meaning the predominant search engine. As you probably remember, Altabista’s action went down in SEO history as Black Monday, when many sites disappeared from the index due to Altavista’s failed relaunch. For the already active SEO scene at that time, it was a kind of stock market crash. Nevertheless, SEO could gain momentum. In fact, the first SEO conference "Search Engine Strategies" kick-started in San Francisco the same year.

Altavista eventually was bought by Yahoo and slowly disappeared from the scene, till it was ultimately turned off in summer 2013 and Google could gain further market share.

At the turn of the millennium, Google introduced its Adwords and the number of indexed pages was rising for the first time to more than one billion. The ability to display ads in a search engine revolutionized the market and had an immense impact on the SEO industry. Many SEOs became SEAs or took from then on care for both search engine fields. However, Google didn’t like that. The SEOs in the world are actually a thorn in the search giants side, as they want to unhinge more and more often the search algorithm.

Google's answer was Florida. The update with the name of the US state triggered the second great crisis in the search engine industry after the Black Monday. Due to the update, over optimized pages disappeared from the index, but nevertheless SEO wasn’t on the rope. On the contrary, it is becoming more important than ever. SEO pages spring up like mushrooms.

Hence, Google released along with Yahoo and MSN the nofollow-tag in 2005 to group links according to significance. That year, Google Analytics started to see the light of day and provides SEOs with extensive opportunities in the field of web analytics.

Google's fight against SEOs continued and still does. In 2006, for instance, Google banned BMW for tortious SEO measures. BMW responded and stopped the so-called "cloaking" to get listed again in the results. This incident highlights how important search engine traffic was already in 2006 for companies and how much power Google wielded at that early stage.

With XML-sitemaps came another option that supports the SEO work. In October 2006, Google bought YouTube, thereby laying the foundation for multimedia search that still gains momentum. The logical consequence of Google's acquisition of YouTube 2006 is the launch of the Universal Search in 2007. Alongside video and images appeared for the first time news and blogs in search results. Except for some major Google updates, big SEO messages didn’t occur in 2008. Only the release of Google Suggest brought SEOs a still well-used tool.

In 2009, leading search engines introduced the “Canonical Tag” to identify duplicate-content as such. It is at the same time a concession that duplicate content may just not always be preventable. Here, Google released with "Vince" an update that stirred up the SERPs well and truly. Particularly large brands were profiting from it.

The same year social media found its way into the search results, too. Google and Microsoft were working with Twitter to directly display tweets in the search. Although the deal is completely over by now, Google goes again in the same direction by experimenting with the integration of Google+ posts.

In 2010, Google released a new update with the name "Caffeine” that allows the search engine to index content much faster. The consequences are more recent search results, making the Page Speed for the first time a relevant ranking factor. The same year, Google took as well more action against illegal link building methods.

When the New York Times published an article about DecorEyes, a firm that just used such measures, Google punished the page massively. Even a warrant of arrest for the site owner followed. The story continues in 2011, when the New York Times wrote again about illegal link methods. This time from JCPennys and the method described was called Black Hat, which is still regarded as a description of SEO methods that violate Google's policies. Google punished JCPennys with a three-month penalty.

The Panda update sees the light of the day as well in 2011 and is directed against poor content that achieves high rankings with it. User behavior is only one factor that gives the Google Panda relevance. This step changed the SEO world sustainably and laid the foundation for the current trend SEO named "good content". 2011 also marks the launch of Google+ which the search giant is trying hard to establish by any means.

In 2012 there was a new Google update called “Penguin”, directed at bad links and therefore also against spam, so that link directories got hurt particularly hard. The impact of the update could still be felt the following year and Google continued the trend to offer less and less space for organic search in favor of more and more advertising.

2013 another Google update made a splash, although initially hardly anyone noticed it. Hummingbird is the name of the update that provides a completely new search algorithm that affects about 90% of all searches. With the update, Google is driving forward the issue of semantic search that the company wants to use in order to better understand the search intention and consequently a more targeted answer. Furthermore, website owners complain that Google is now displaying a huge preview via the image search, which partly leads to massive traffic losses.

I will continue the topic and provide a glimpse into the future of SEO next week, hoping that “all” generations like getting the history of search for reflection.