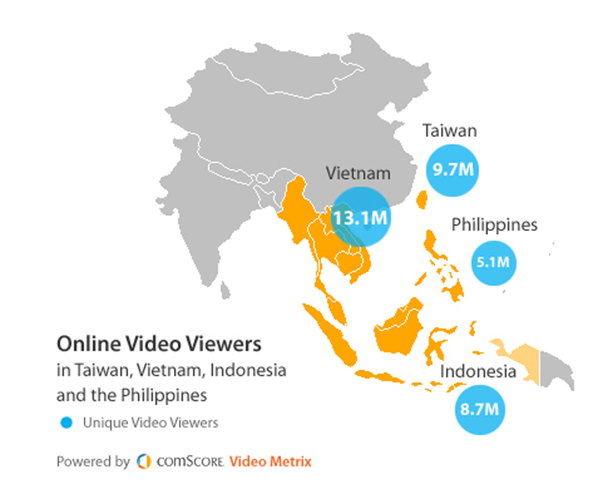 *Excludes visitation from public computers such as Internet cafes or access from mobile phones, tablets, etc.

Across the four new markets where comScore Video Metrix was introduced, Google Sites, driven largely by viewership at YouTube.com, led as the top online video destination based on the number of unique viewers. Facebook.com ranked as the second largest video viewing destination in the Philippines and the #3 destination in Indonesia and Taiwan, while VEVO and Viacom Digital both secured places among the top five in both Indonesia and the Philippines.

Video Metrix is now available in 12 markets in the Asia Pacific region and 25 individual markets worldwide. 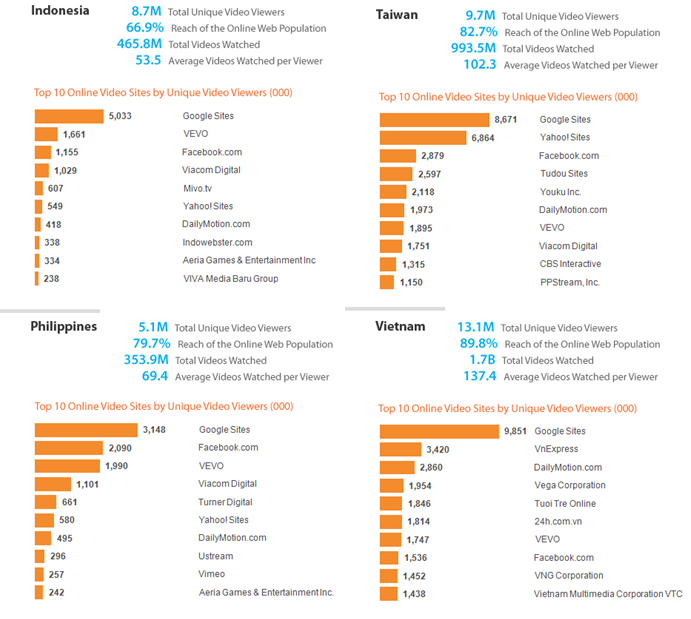