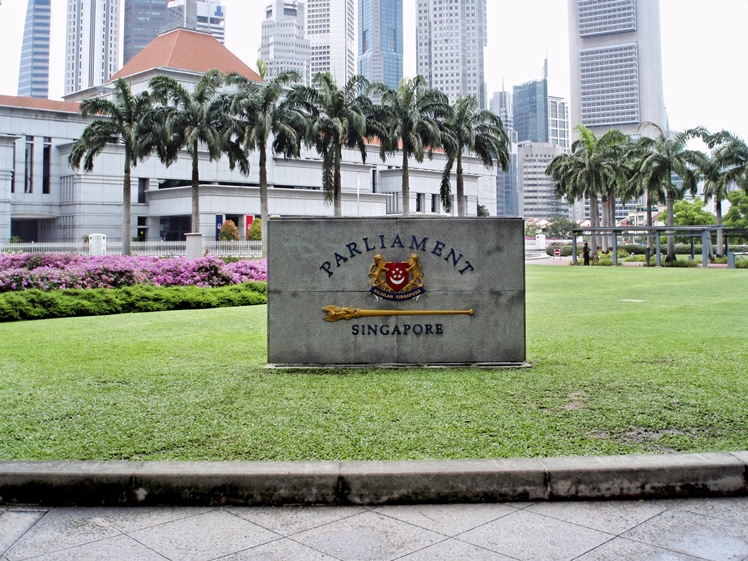 Whenever a large-scale government budget is set, the economy of that country and international trade partners of that economy are affected. This is especially true of Singapore, an anchor of the at-large Asian continental economy and one of the most prosperous economies in the world. The country’s GDP rose 3.7% last year, marking a significant increase in growth rate in a country known for luxury items, advanced trade and tech-savvy consumers.

The new budget will affect different economic players in different ways depending on what resources they need and what consumers they seek. This is perhaps especially true for retail, one of the most direct-to-consumer industries in Singapore and beyond. Fortunately for retailers, there is always opportunity in any major economic change, especially one in which revenues are set to move safely en masse from government to the private sector. Singapore’s 2014 budget is no different.

Here are five impacts to expect from the 2014 budget and how retailers can capitalize on them.

#1: Singapore is officially poised to become the world’s leading business location.
Whenever a budget is set, the entities dependent on that budget take on a more certain outlook and forecast. With an eye toward the future, Singapore consumers and companies are now the beneficiaries of a locked budget with specified expenditures. But it’s not just the certainty of a set budget that has made this year’s spending outline so powerful in the context of Singaporean advancement. Singapore’s new budget is highly diverse, benefitting a strong cross-section of private and public sector causes ranging from education to housing to healthcare, labor, defense and more. Even in the context of business, the budget makes Singapore more attractive for both SMEs and MNCs with credit and finance measures that benefit business as a whole rather than promoting just one element of industry.

How to capitalize on certainty: Take advantage of the budget items that have come down the pipeline, but also plan ways to leverage other advantages in conjunction with the new budget. This is the time to invest in your company because Singapore is on its way to a more prosperous state at an extremely rapid pace. One of the major strengths of the budget in the context of business is that it proactively readies companies to take advantage of opportunities. The only way to remain unprepared is with self-hindering measures that overlook key investments in technology, infrastructure or labor. Avoid this fate. Prepare to invest and invest intelligently.

Singapore is about to boom— again.

#2: Internationalization and foreign investment have been made a priority, leaving the door wide open for MNCs to invest.
Singapore’s 2013 budget was $57.15 billion. That number will grow to $59.51 billion for 2014, an increase of just more than 4%. That number may not be a jaw-dropper, but it is impressive enough to suggest that Singapore is in line for significant growth.

At least one area of expansion deals with crossing the country’s border into international trade opportunities. The new budget has taken a measure to double the maximum loan quantum to $30m per firm. That investment spells significant outreach on behalf of Singaporean vendors, but it also invites partners to enter the country and get involved in the action of the country’s robust economy. In addition the Global Company Partnership Programme brings Singapore companies up to speed on international business strategy and implements new policies and procedures that help them compete, offering MNCs potential new business partners in trade within the country and beyond. There is now also a waiver of withholding tax requirements on payments made to Singapore government branches, a victory for international companies seeking business tax breaks.

How to capitalize on budget expansion: If you are an MNC, open doors in Singapore. Get involved in government and private business by making partners and building alliances to coordinate major business campaigns and create social infrastructure that positions you to compete. If you are a Singaporean company, seek partners, investment and other mutually beneficial relationships.

Singapore has not stopped advancing toward its place as an international trade hub in 2014.

#3: Companies will receive $2 billion as part of the National Productivity Fund.
Singapore is showing major support for SMEs in the context of both general development and human resources support. The government’s Productivity and Innovation Credit (PIC) has disbursed more than $1 billion over the last three years. This year, it will continue that trend, including a Wage Credit Scheme (WCS) that will support the wages of economic workers throughout all of Singapore trade.

How to capitalize on the PIC and National Productivity Fund: Determine whether or not you are eligible for growth funds and take advantage of them if you are. Particularly, look toward labor, tools, and grants to work with companies that may be able to offer insights or strategy. The Singaporean government has taken the time to develop resources for companies that fall into the SME category. There may also be dollars available for divisions of larger companies if they are in coordination with other, smaller companies. Keep in mind your core needs, but also keep in mind your core opportunities. Training associates and offering them incentives to perform may be something you can do more easily within the boundaries of the new budget. Also consider upgrading your toolkit for development by investing in better tools.

The budget has made room for advancement. Why shouldn’t retailers take advantage?

#4: Info-Comm Technology (ICT) is getting huge support.
10,000 SMEs are set to receive proven ICT solutions for their company, greatly transforming and revolutionizing these individual companies as well as the Singapore economy as a whole. The budget also calls for an 80% subsidiary for qualifying costs of emerging technologies in a pilot program. There is also a huge movement to subsidize companies’ fibre broadband, getting companies connected at a speeds of 100 mbps or better.

How to capitalize on the budget’s dedication to ICT: This portion of budget 2014 allows companies considering a technology upgrade a golden opportunity to begin implementation. For example, the emerging technology portion of the budget covers up to $1 million, allowing firms plenty of leeway to discover new potential technologies. The fibre broadband subsidy covers up to $200,000 per building. In a world that is increasingly omni-channel, this may be more important than ever for retailers, who can leverage this new speed to collect, analyze, and adjust based on information faster than ever before.

#5: Plenty of loans for businesses have been made available.
Singapore’s budget seems to be an open acknowledgement of the need for capital for retailers and businesses in general. This is not new; micro loan programs in the country have issued 3,500 loans to SMEs over the last two years. The government has also heavily encouraged, fostered and facilitated private investment as well. It’s Co-investment Programme (CIP) has kick started funding from the private sector, encouraging private players to kick in roughly $500 million, more than three times what the government put in. 26,000 companies received assistance, especially in trade and financing.

This year, that trend will continue, as the government will double the maximum loan quantum, add in more expenditures, and take on more of the risk-share. It’s a real sign of dedication to the tactic.

How to capitalize on loan availability: Strike while the iron is hot. Retailers seeking financial support for expansion in the Singapore should take advantage of potentially available dollars, especially if those dollars are for immediate orders, R&D, or much needed brick and mortar support. At the same time, keep in mind the aforementioned Info-Comm Technology. Determine your true, needed focus of potential capital investment and pursue it.

Anant Choubey is responsible for sales and marketing in the APAC region at Capillary Technologies and currently manages the firm’s business across South East Asia. His prime focus is to strategize and expand Capillary in burgeoning market in South East Asia. He has donned many hats in Capillary over the years, from operations to client servicing to business development and has been instrumental in setting up Capillary’s India business, before moving to Singapore to establish and manage South East Asia market.