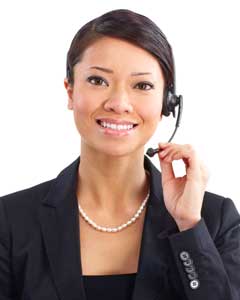 The adoption of social media noticeably enhances the customer service of companies, according to a study by the software company Sikom. Nevertheless, many marketers remain sceptical when it comes to Web 2.0.

Sikom's study shows that most managers in the areas of customer communications and services have an ambivalent attitude to social media. On the one hand, their expectations in social media channels are high in the long run, but on the other hand, many decision makers are still sceptical about the challenges social media can pose for their company. Common mutual consent agrees the fact that there is no way to get around social media in the long term.

So far, however, only eight percent of respondents have integrated social media into their customer service processes and infrastructure. One in four people are using the channels to at least some extent, and 12% plan to implement a social media strategy in the near future. However, the largest group (44%) admits to be in terms of social media still at the very beginning. After all, 12% are convinced that social networking will be irrelevant for their company in the medium term.

Further, there is disagreement on the extent of the use of social media in customer service. Only 18% believe that the new channels are suitable for a maximum exchange of information with their target group.

With 64%, the majority of comments are more negative on social networks, believing that it simply assists the customer dialogue to a certain extent. Another eight percent is convinced that the platforms are only suitable to capture the public opinion.

Despite the scepticism, many positive effects emerge as well: 58% want to gather more information on their target groups and 50% think that it will make communications between companies and customers much easier; 64% are confident that the customer service issue will receive a higher value within the company through social media.