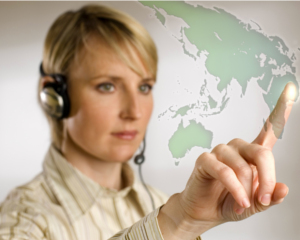 Australia's accelerating numbers of mobile Smartphone owners are using their handsets to access data more frequently than using the telephone feature, according to new research from media agency Initiative. Included in the research is clear evidence that mobile data is being frequently accessed by all age groups and they are open to commercial messaging on their 'phones under certain conditions.

"We are seeing a powerful, new media emerging," said Chris O'Keefe, managing director of Initiative Sydney. "It is a very personal media platform, but the data reveals that people will download both free and paid programming and messaging onto their 'phones based on need and relevance. It is the ultimate consumer-controlled environment and presents unique opportunities for marketers."

Australia is one of eight countries in the Initiative study. Among local Smartphone users voice calls account for 39%, while accessing data, including e-mail, totals 51% of activity, gaming takes 6% and various other functions take the remaining 4%.

While it is unknown how many Smartphones in Australia have been bought for business use, the Initiative data shows that 72% of mobile phone use is driven by personal interest and in general across the sample people spend about 27 minutes a day accessing the internet from their Smartphones.

"Another key finding is that mobile data access from Smartphones is an extra media activity in Australia and has no impact on people's time spent on other media," said O'Keefe. "There is no road map for how this media will develop, but it's clear that mobile data usage is in addition to people's existing media consumption and this includes time on the other two major 'screens' – PC/laptop and television."

Focusing on some of the media and marketing aspects of the study, 36% of Smartphone users have agreed to receive mobile content from companies and engagement is strongest in the 35-44 year-old bracket. But 42% of the sample want to avoid advertising on their mobiles and said they would rather pay more than $50 for apps rather than take commercial messaging.

The Initiative Australia survey draws on data from a sample of 1,072 Smartphone users aged between 18 and 54 years old who accessed the internet (excluding email) from their handsets at least weekly. The survey was conducted between April and May 2010 and in addition to Australia, data was collected from a total of 8,000 people in the US, UK, Italy, Sweden, South Korea, China and India.