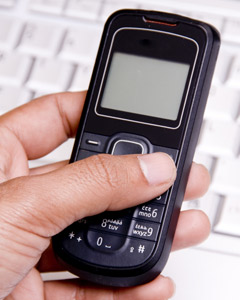 According to Frost & Sullivan, growth in Southeast Asia's (SEA) mobile services is expected to be driven by data services as mobile connections penetration surpassed 90 percent in 2009 and slowing revenue growth signal saturation.

"Plain old voice and text messaging services will no longer deliver larger revenue growth than data services, even in developing markets such as Cambodia and Vietnam," he adds.

New analysis from Frost & Sullivan (Southeast Asia Wireless Outlook 2010) finds that data usage in this market - covering seven Southeast Asian nations - will grow to account for 40.4 percent (just over US$12.4 billion) of total mobile revenues by end-2015, up from 27.8 percent in 2009.

Southeast Asia is at the beginning of another wave of mobile data services enabled by exponentially improved networks and device capabilities.

"Mobile broadband offers the clearest new connections growth and new revenue stream opportunity for operators," says Frost & Sullivan senior industry analyst Shi Min. She adds that countries like Singapore, Vietnam and Malaysia - already with mobile penetration of 137 percent, 127 percent (although half are reportedly inactive) and 108 percent, respectively, in 2009 - present the best potential for mobile broadband given the broadband- and Internet-receptiveness of these nations.

Shi explains, "In developed markets, like Singapore, mobilised Internet and mobile broadband competition is likely to revolve around branding and value-capture based on lifestyle patterns, personalisation and convenience."

The Philippines, Indonesia and Thailand (each with mobile penetration of 80 percent and above; and low fixed-Internet and -broadband penetration), on the other hand, offer fertile environments for mobile and mobilised Internet, giving users access to an almost transparent fixed Internet experience on their devices.

"In developing markets, mobile could well become the primary narrow and broadband Internet access service," Khoo says. He however adds that the intermediate challenges for operators to navigate are end-user device affordability and familiarity with and usage of the Internet in low Internet-readiness markets.