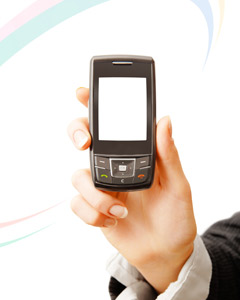 According to Ovum Telecoms mobile application download and revenues forecasts, by 2015 the annual end-user revenues from application downloads (dominated by Smartphone devices) will reach over $5.5 billion, with North America and Europe accounting each for over $1.8 billion, followed by APAC with over $0.9 billion.

The multiplicity of operating systems, devices, network carriers, and pricing plans for end users makes it complex for software developers to enter the Smartphone and tablet market. The market attracts carriers, enterprises, games developers, and others with the promise of high rewards and productivity benefits for users. It is currently led by business-to-consumer applications, but enterprise applications beyond webmail will also see growth. Business users prefer to use their personal devices and employers will need to adjust to this by enabling back-office access. This trend will also have implications for the burgeoning mobile development and application lifecycle management (ALM) market.

The adoption of Smartphone and tablet devices by the general public for personal use has created a new market for application developers, with enterprise applications also beginning to appear. The current focus is on Android (Google), BlackBerry OS (Research in Motion), iPhone iOS 4 (Apple), Palm webOS (HP), Symbian OS (mainly Nokia), and Microsoft Windows Mobile. These devices provide the choice of operating across mobile networks (GSM, CDMA) or broadband services (Wi-Fi). Managing multiple operating-system options, different versions and API changes, types of network access and licenses, geographical usage patterns, and multiple development languages can be complex for developers because writing an application for one device and then manually porting it to another entails a fresh rewrite and is highly time-consuming.

For the class of mobile apps that are front web interfaces to server-side/intranet components, a "write once, deploy multiple times" development environment is the answer. This has given rise to mobile development frameworks (MDFs), also called mobile enterprise application platforms, from vendors including Alcatel-Lucent, edge IPK, Salesforce.com, Sybase, and Syclo. The frameworks cover the spectrum of app store and warehouse creation for carriers and enterprises where the infrastructure for deployment, revenue scheme, and back-end API connectivity to SAP, Oracle, or corporate data sources is available.

For games development or more ambitious interactive applications where extracting the best performance and exploiting unique device features matters, direct native development will remain a preference. The native mobile market needs "winners" in order for platform consolidation and device reach to improve, and with Android's impressive adoption rate it might yet fulfil such a role.

The mobile development market is not one that has particular resonance for traditional ALM vendors because many point solutions are suitable for desktop, mobile, and embedded development. However, the needs of mobile developers are now being met by a new breed of MDF makers that offer a range of lifecycle-management features, and ALM vendors are seeing an opportunity to better support enterprise mobile developers and plug in to MDFs. Support for Agile development methodologies is one area in which the latest generation of ALM products is particularly strong.
The attraction of an MDF for a business is that it enables a strategic investment to be made in mobile device delivery, ensuring that the costs arising from complexity issues do not escalate out of control, and managing the updating of devices without the expensive task of shipping them in and out. There is also out-of-the-box connectivity to enterprise applications such as Oracle and SAP.

The fragmentation of the development market, with specialist MDF vendors, a host of ALM vendors, separate IDE players, and a vast point development solution market, creates a volatile and uncertain future. As HTML5 emerges it will drive the mobile apps market forward with offline support and advanced forms, while the high-end plug-in vendors Adobe (Flash), Microsoft (.NET, Silverlight), and Oracle (Java, JavaFX) will also aim to compete.