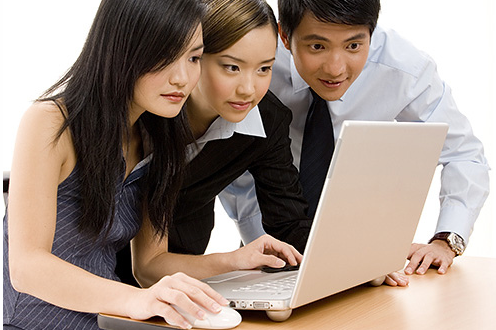 Nowadays, casual online games usually provide various methods of payment system, such as allowing the players to play the game for free, but to purchase certain in-game items to proceed with the game, or having the players indirectly pay a service fee by encouraging them to watch advertisements prior to commencing games etc.

In the past, massively multiplayer online role-playing game (MMORPG), a genre of role-playing video games in which a very large number of players interact with one another within a virtual game world, have chosen subscription based payment models such as a daily, weekly or monthly subscription fee as their primary payment policies. Today, they are quickly transforming their services either by discounting service fees or providing the service free of charge based on item-selling based payment policies.

The biggest advantage of the item-selling based payment model seems to be absolutely convincing, namely the fact that consumers have less financial burden when playing games online, which in return has a positive impact on attracting players.

In any case the online gaming market is rapidly growing in the entire region of Southeast Asia with revenue expected to double in the next three years, according to market research firm yStats.com, and this boom is accompanied by the mentioned change of business models in the market.

The growth is in particular influenced in the first half of 2012 by the business model of item-selling, as consumers interested in gaming are usually purchasing additional equipment while the game itself can be used free of charge or for a relatively small amount.

This growth prediction of yStats.com gets endorsed by a new report of the independent telecoms analyst Ovum, stating that the Asia Pacific digital games market is expected to double over the next four years to be worth US$30.3bn in 2016.

According to Neha Dharia, Ovum’s consumer telecoms analyst, Asia Pacific is already vital in terms of digital gaming retail sales, and is projected to grow in importance in the future. The region will most probably drive the digital games market globally with the most significant retail sales contribution coming from the massive multiplayer online game (MMOG) sector.

It is further expected, that casual and social games will be vital to growing the number of gamers and bringing digital games into the mainstream. In fact, Ovum forecasts for the Asia Pacific market that online unique gamers will be more than one billion in 2016, while there will be slightly fewer than 900 million mobile gamers by then, since with more and more casual players entering the market, numbers of gamers will grow faster than retail sales, resulting, however, in the erosion of average revenue per user (ARPU).

Let’s take a look at Korea, as one of the online game development leaders in the world that usually launches hundreds of new games every year. Unfortunately, due to the limited scale of the Korean game market, just a few games survive in the competitive industry and for this reason game service providers came up with the item-selling method as a business model that increased their market shares not only in Korea but internationally.

Especially social and mobile games have become a significant trend that draws more and more new users and consequently more revenue. In 2011, for instance, the largest share of the total online gaming market value in Japan was generated by mobile gaming, followed by social gaming, while conventional online gaming was at the bottom of the list.

Asia Pacific countries in general hand lead the way for mobile game advertising opportunities, with 28 percent of consumers playing downloaded single-player mobile games at least once a week, according to Parks Associates' research. Here, Europe and North America lag behind, with only 13 percent and eight percent, respectively, downloading mobile games, although far greater numbers play preloaded games. Thus, from a marketer’s perspective, games are predestinated for creative mobile advertising campaigns in the region, since games fill the whole screen and offer advertising without competition for user attention.

Not to forget that gaming is attractive since it is a leisure time activity when users are more receptive to marketing messages, as a recent Mobile Entertainment Forum survey confirmed. According to the study, 60 percent of respondents felt mobile games were "perfectly" or "very" suited for advertising, besides being a cost-effective way to create positive brand associations without disrupting game play and without the cost of custom advergame development.

In view of this it is no surprise that there is growing interest in mobile and social gaming and a great opportunity for in-game advertising in the region. The key will be finding the best way how advertisers can take advantage of the technology available and where they invest their resources. Brands and advertisers can capitalize on the current sophisticated technology that is able to provide better reach, reliable metrics, and unique ways to engage mobile customers. Furthermore, mobile can leverage the momentum of gaming among a diverse and growing population that is more than open to new forms of marketing.

It is advisable, however, to make sure that mobile game ad networks support the creative formats and new actions that let advertisers tap the unique features of mobile devices to be most effective. Mobile specific features such as click-to-call, location-based ads, opt-in for SMS and MMS, mobile video and consumer-to-consumer viral marketing will also drive the value of mobile ad spending. Further, there has to be considered that there is a split between Asia Pacific’s developed and emerging regions, resulting in a higher level of ARPU in South-Korea and Japan than in China, for example, which has lower ARPU due to a large gamer base and the relatively low cost of games.

The forward-looking analysts at Ovum point out that the growth of digital gaming in Asia Pacific offers service providers an opportunity to grow their revenues in the region. Particularly telcos could harness this growth by offering gaming-specific connections, or bundling mobile games with data access packs. Last but not least, the analysts suggest shifting the distribution of payments offline as it could encourage the number of in-app game purchases.