Akamai: Half of all Online Attacks observed are from Asia 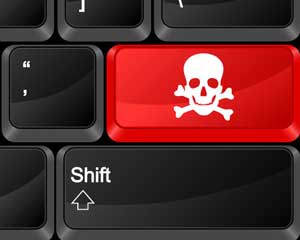 Akamai recently published its quarterly "The State of the Internet" (SOTI) report that included data gathered from across the Akamai Intelligent Platform on broadband adoption, mobile connectivity, attack traffic and other relevant topics concerning the Internet and its usage, as well as trends seen in the data during this time.

Their latest report identified Asia as the source for more than half of all online attacks and a 2,000% increase in the number of DDoS attack incidents that Akamai has investigated on behalf of customers over the past three years. Akamai further observed that port-based attacks are still prevalent and being launched from around the globe. While the origin of this detected attack traffic could be individuals searching for easily compromised systems or botnets looking to recruit new participants, the report makes a strong case for a defence-in-depth strategy and is also very clear as to why a solid network and systems hygiene is vital to help prevent further system compromises and infections.

During the third quarter of 2011, attack traffic originated from 195 unique countries or regions, up from 192 in the second quarter. In examining the continental distribution of observed attack traffic, Akamai discovered that slightly more than 49% originated in the Asia Pacific/Oceania region, up from 47% in the last quarter.

Indonesia vaulted to the top of the list this quarter, generating 14% of observed attack traffic. Taiwan and China held second and third place, respectively, accounting for just under 20% of observed attack traffic combined. Myanmar, which suddenly appeared at the top of the list in the prior two quarters, disappeared just as suddenly, potentially indicating that attack traffic has either been shut down, or is now coming from other places. With Myanmar dropping out of the top 10 list, South Korea moved in. The country more than tripled its observed level of attack traffic, representing 3.8% in the third quarter. In addition to South Korea and Indonesia, Taiwan, China, India, and Egypt were all responsible for higher percentages of attack traffic when compared to the prior quarter.

Attack traffic originating in Europe was down slightly to 28%; North and South America accounted for nearly 19%; and the remaining 4% came from Africa.

Additional highlights from the report include:

As more end-user networks roll out native IPv6 connectivity to their subscribers, and as more and more popular content is made available over IPv6, the number of unique IPv4 addresses making requests to Akamai from a given network provider should decline. Over the long-term, the company expects measurements to show movement of unique addresses from IPv4 to IPv6-based.

Average connection speeds on known mobile providers ranged from 6.1 Mbps down to 327 kbps, while average peak connection speeds in the quarter ranged from 22.2 Mbps to 1.4 Mbps. Looking at mobile content consumption, users on nine mobile providers consumed an average of more than one gigabyte (1 GB) of content from Akamai per month, while users on an additional 75 mobile providers downloaded more than 100 Mb of content per month. In addition, based on data collected by Ericsson, mobile data traffic continued to double on a year-over-year basis, and grew 18% between the second and third quarters of 2011.

In the third quarter of 2011, analysis of the top 100 fastest cities around the world, based on average connection speeds, reflected the following:

A few highlights from the report include: