When the Internet got a memory… 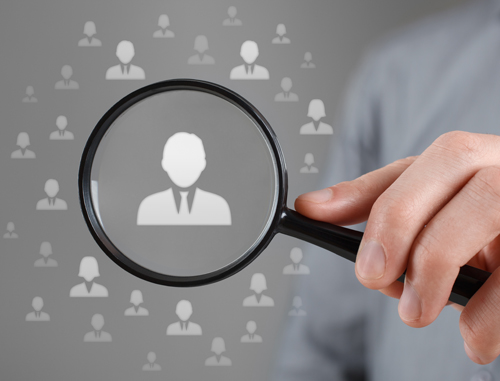 Before Lou Montulli developed the cookie in July 1994, the Internet had no memory. Incredible to imagine it today - especially in marketing – that whenever a person clicked on a webpage, he became an arbitrary user again and again. There was no way to bring him in connection with the action he has just executed moments before.

In the summer of 94, various programmers had recognized the need that something had to be done against the forgetfulness of the Internet. Montulli worked for the newly founded software company Netscape at that time, which was then sold just four years later to AOL, and had been, by the way, the birthplace of Mozilla, too.

Montulli got in contact with the problem when colleagues tried to develop a shopping cart for an online store. With the existing technology at that time no solution could be found and Montulli started to think about it.

A week later, the concept that revolutionized the internet - and still defines 95% of what cookies represent today - was ready: A web server can pass back information to the browser with the help of cookies that the browser in turn sends to the server each time it gets contacted in the future. The name cookie was the first name that crossed Lou Montulli’s mind for the small text files that brought the solution, and this name remained until today.

Of course, it wasn’t long before the cookie conquered the World Wide Web. First, the cookies were distributed over the Netscape browser, then more and more other browsers supported the small text files, and websites started to use cookies in many different ways. In so many ways which Montulli would have never ever been able to predict.

The biggest issues that emerged were the so-called “Third Party Cookies” - when web cookies are combined with embedded references that are linked to other websites – that represented a new way, how users can be tracked over many pages.

It means, for example, that when you are on website A, and there is any content with a link from a party B on that site, B may set a cookie and can track you as a user. This is the way that tracking, targeting and retargeting in most cases still works today and is definitely a blessing for the advertising industry, but could it be a curse for the consumers?

Fact is that the new technology has been embraced and used by the advertising industry to identify a browser and make use of it for tracking purposes, whereby it is not about identifying the user, rather than to be able to deliver personalized advertising. However, the users did not really like it and even Montulli was skeptical, since he developed cookies exactly for the opposite reason: Cookies should not allow cross-site tracking.

Finally, the creator had the last word and should make the decision whether “Third Party Cookies” should be invalidated or not. Well, Montulli decided against it, since cookies are still more transparent and easier to understand than other tracking methods that would for sure be developed instead. Until today, he believes that it was the right decision and it seems indeed as if Montulli could prevent with his decision the development of other methods. Fact is that no one has been able to shake the supremacy of the cookie so far, although no one seems to be completely satisfied with the cookie – be it the advertising industry or the consumer watchdogs.

The problem for the advertising industry is the increase of Internet-connected devices - such as smartphones, tablets, smart TVs -  since cookies can only do display tracking, hence, don’t work on mobile devices as they have in general two browsers (the web and the app browser), which means that a lot of information gets lost.

Anyway, cross-screen tracking does not work with the 20-year-old technology, just as the tracking of users on more than one channel, the measurement of campaign effects and user-specific (not just device-specific) tracking.

Some consumer watchdogs criticize “Third Party Cookies” and want to prohibit cross-site tracking in general. Furthermore, there are again and again opportunities circulating to compass cookie opt-out in the browser with certain cookies - as Google did it a few years ago with the default settings of the Apple Safari browser that blocked the cookie setting.

We are still looking for alternatives. Some of them caused a stir both in the popular media and the digital economy, such as the canvas fingerprinting that used the Canvas API (part of HTLM5) of the browser to "draw" a hidden line of text or 3D graphic that is then converted to a digital token. Each computer produces a somewhat different, unique image – a kind of fingerprint- that can be stored and shared with advertising partners to identify users when they visit affiliated websites. A profile can be created from the user's browsing activity allowing advertisers to target advertising to the user's inferred demographics and preferences.

Facebook’s people-based measurement is again an advanced version to track the complete customer journey and we will stay tuned to stay informed what’s coming next.