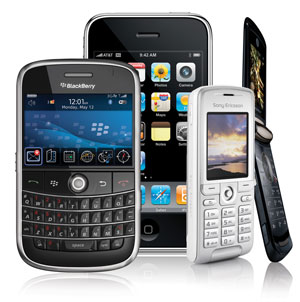 Mobile messaging, the cash-cow of mobile telecom operators around the world, continues to be seen as the world’s primary non-verbal communications medium. In many markets, however, it is not necessarily mobile operator-based SMS that has grown. There are a growing number of messaging apps and services that have been launched and announced and device or device-OS services such as iMessage are starting to impact overall mobile operator SMS rates.

Over the last year, we’ve seen lots of articles stating that “SMS is dead (or dying)” and that non-SMS “chat” services are displacing true, mobile SMS interoperable services. Certainly, in many European and Asian markets, non-SMS chat services have cannibalized some SMS revenues. Recently, KPN in the Netherlands, and other operators, have reported that their overall SMS traffic and revenues have declined, due in part to non-SMS interoperable Over-The-Top (or OTT) messaging providers (WhatsApp was specifically mentioned).

We all know about Apple’s iOS 5.x iMessage capabilities. iMessage will send text and multimedia messages to other iOS devices using OTT IP; however, it will revert to standard SMS if the recipient device is not iOS 5.x equipped.

Another, non-SMS-interoperable messaging service from Samsung called ChatON was announced on 29 August 2011. Like Facebook Chat, and quite a few others, this does not interoperate with the SMS ecosystem. ChatON is targeted at multiple device families, including Android, iOS, Samsung Bada, and Blackberry. ChatON will also include image and video sharing, as well as group messaging. I do not think this is live video calls such as what you can get with iOS Facetime, Fring, or Skype. It is more MMS-like (but not compatible with the true-global MMS ecosystem). While packed full of nice features, I have to note that it is not interoperable with the legacy (and largest) SMS ecosystem, and everyone else that you “ChatON” with must also be using the same application.

With the addition of Facebook Messenger and ChatON, we now have two more rather large installed bases of users that will use a non-SMS-interoperable messaging application. It remains to be seen if these will further cannibalise traditional SMS traffic and revenues from the Mobile Network Operators (MNOs). Certainly, apps such as WhatsApp have already done so.

In the US and Canada, however, there is a group of app-based OTT service providers that have dominated the non-MNO “free messaging app” market. These users are typically assigned an alternative telephone number and the usage of these, along with their traffic, continues to grow. If you include OTT service providers such as Google Voice, Pinger’s TextFree, Gogii TextPlus apps, the TextFree app, the MediaFriends’ HeyWire app, Toktumi’s Line2 app, the GroupMe app and Enflick’s TextNow app, I estimate that the overall user count is likely upwards of 20m subscribers – perhaps even more.

I have also seen statistics that show there are actually more of these apps loaded onto non-mobile-telephone devices such as iPod Touches and various Tablets than onto mobile phones. Consequently, they were the first and still lead in terms of bringing traditional mobile messaging applications to non-mobile telephone devices. That interoperability has actually helped overall SMS-based mobile messaging traffic remain stable in the N. American market.

The recent non-SMS interoperable chat launches have only further fragmented the app-based chat options. While there is nothing that says these companies can’t launch their services, those that continue to assume that their brand will dominate the non-SMS chat space are somewhat deluded. History is a good teacher, and the most successful non-verbal communication medium in the history of mankind is SMS. Why? Because SMS reaches over 5bn people and is now a very strong channel for shortcode-based consumer outreach and, in some markets, mobile payments. SMS is ubiquitous, and that won’t change in the foreseeable future.

Mobile Network Operator (MNO)-based traditional SMS is certainly under siege; however, the reports of its imminent death are quite premature. Apps that provide SMS interoperability, like those that are popular in the Americas, are playing a great role in the overall ecosystem by offering alternative messaging applications, and this should continue if these companies can continue to grow users and revenue, as well as offer innovative services that users will embrace. App-based SMS-interoperable messaging companies have already been doing this for some time, and it is probably just a matter of time before we see significant MNO/OTT partnerships (such as the US’s Sprint and Google Voice).

Messaging is getting crowded, and at some point, there will be a consolidation of sorts. I believe that messaging and social networks go hand in hand, and someone will eventually offer a true SMS-interoperable messaging component of a social network that will indeed be a killer app.