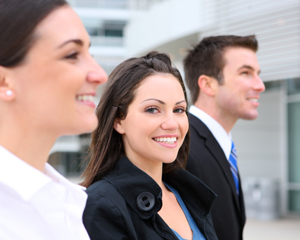 When it comes to browsing the Internet, women in Asia tend to put safety first (78 percent), while their male counterparts choose speed above all else (83 percent).

In contrast, European Internet users, both male and female, ranked safety as their biggest concern with 69 percent saying online safety is a priority over speed. These were some of the findings in an IE9 poll conducted to mark the global launch of Microsoft’s latest browser, Internet Explorer 9 (IE9).

The IE9 poll was conducted across Asia Pacific and Europe, with more than 20,000 respondents participating across 11 Asian and 20 European markets. It sought to understand users’ preferences when it comes to surfing the Web. Speed (82 percent), security (78 percent) and ease of use (66 percent) were the top priorities among respondents in the Asia region. Respondents in Malaysia (91 percent), Singapore (92 percent) and the Philippines (94 percent) were particularly drawn to speed.

“With close to half the world’s Internet users coming from the Asia Pacific region, we took into account their priorities for a great browsing experience,” said Haresh Khoobchandani, Chief Marketing Officer, Consumer & Online, Asia Pacific, Microsoft. “More than 36 million users have downloaded the beta version of Internet Explorer 9 and they are excited about the faster, safer and cleaner browsing experience that we have built. IE9’s technically superior platform has enabled collaboration with more than 200 partners globally, resulting in a more beautiful web experience for our users.”

When it comes to speed, the most common complaint was that videos take too long to load, with music and games being other bandwidth-chokers. Not surprisingly, this is the content that appeals most to users, with 69 percent of those surveyed saying they would like to be able to watch movies in high definition online in the future.

Speed is a key proposition for IE9. Today’s websites and browsers only use about 10 percent of the processing power that the PC has to offer. IE9 uses hardware acceleration through Windows to harness the full potential of the PC, making websites and the online experience much faster. In fact, IE9 is 11 times faster than its predecessor, IE8. An online martial arts game (www.masterofthewebgame.com) has been specially designed by Asian firm, The Upper Storey, to allow users to experience first-hand the remarkable speed and performance of IE9.

“Developing Master of the Web on Internet Explorer 9 was an absolute joy mainly because of the newly introduced canvas element in HTML5 that allows the browser to render graphics and images on the fly. IE9’s hardware acceleration feature is definitely the best thing because it pushes the canvas element to perform at an all new level which no other browser could achieve. With this, the speed increase and beautiful graphics are nothing to scoff at.” Chandra Barathi, Technical Director, The Upper Storey.

Despite rating security highly in their list of important Internet features, it appears that many Asians do not apply the necessary precautions when browsing. Only a little more than half (57 percent) of all respondents said they would refrain from downloading online content when they are uncertain about their safety or legitimacy. More than one-third of users admitted to be willing to take the risk if the questionable content is something they really want, while nearly a tenth of users claimed to not worry at all when downloading anything from the Web. Respondents from China were the most likely to download unsafe content with 44 percent open to taking a chance on questionable content. Once again, European users were much more cautious – 68 percent of those surveyed said they would avoid downloading any potentially unsafe content from the Internet.

Asians most guarded about online banking

When it comes to online privacy, a majority of respondents in Asia were most concerned with hiding details of their visits to banking websites (65 percent), followed by visits to adult websites (61 percent). In some markets such as New Zealand, the difference was particularly pronounced, with 88 per cent more concerned about hiding their online banking history and 53 percent concerned about covering their visits to adult sites. Other online activities that Asians prefer to keep close to their chest include visits to dating/relationship sites (42 percent) and support groups or forums (32 per cent).