comScore’s Insights on the Mobile and Connected Device Landscape 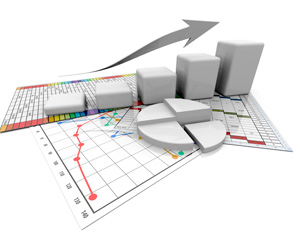 ComScore, a leader in measuring the digital world, released the 2012 Mobile Future in Focus Report that gives insight on the mobile and connected device landscape in 2011 and what that brings in 2012.

“2011 proved to be a groundbreaking year for the mobile industry, with smartphones hitting the mainstream, tablets emerging as a formidable fourth screen, and consumers increasingly integrating mobile behaviors into their lifestyles. As the industry continues to innovate and more consumers look to multiple devices and platforms to consume digital media, we expect the mobile and connected device landscape to be shaken up even further in 2012,” said Mark Donovan, comScore Senior Vice President of Mobile. “As mobile channels present a more personal, social, and ubiquitous experience to consumers, advertisers and publishers have an opportunity to better engage target audiences, given an understanding of how to connect and leverage the unique characteristics of these emerging platforms.”

Key findings highlighted in the report include:

Health ranked as the fastest-growing mobile media category in the U.S. in 2011, followed by retail and other commerce-related categories such as e-Payments and auction sites.

Around the world mobile phones and tablets increasingly become a gateway to the web. In an analysis of 10 selected worldwide markets, Singapore led in driving the highest share of non-computer Internet traffic at more than 11%t at the end of the year. The UK followed, with nearly 10% of traffic coming from mobile phones, tablets and other connected devices. These two markets also drove the highest percentage of mobile Internet traffic among the markets studied. Japan ranked third in driving mobile Internet traffic at nearly 6%. This shift in global device consumption is not only of paramount importance to local brands and digital ecosystems, but also for multinational brands seeking to understand their audiences across borders and across screens.